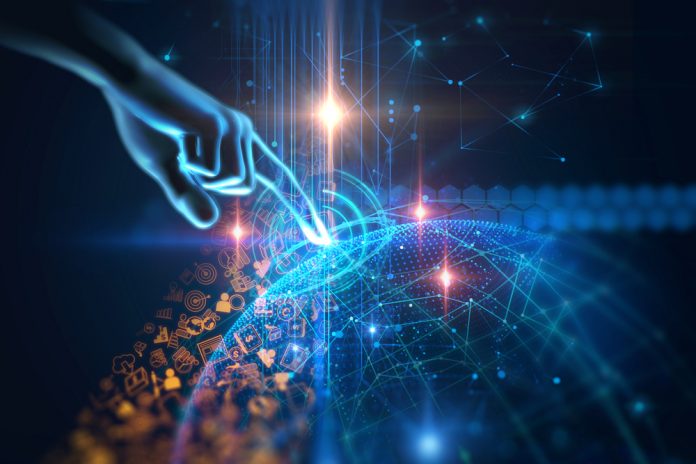 MODSIM World 2017 is just around the corner  and will attract experts and influencers across several different fields including maritime, aerospace, and defense and homeland security. This will be MODSIM World’s 10th anniversary of bringing together thought leaders to exchange knowledge, research and technology about the latest in modeling and simulation.

We sat down with Dr. Eric Weisel, Director for Applied Research at Old Dominion University and Conference Chair for MODSIM World to for an exclusive sneak peak at the upcoming MODSIM World 2017 event and what we can expect to see at this year’s show in Virginia Beach in the way of military training advances.

Modern Military Training (MMT): Tell us about yourself and your experience in the modeling and simulation industry.

Eric Weisel (EW): Currently I’m the Director for Applied Research at Old Dominion University (ODU). In that role, I build strategic research initiatives for the university. What that means is I spend a lot of time talking with our sponsors and potential sponsors—I listen to what keeps them up at night and work to align university research resources to their science and technology challenges.

MMT: MODSIM 2017 is coming up soon. What are the key themes for this year? What sessions are you most excited for?

EW: The theme for MODSIM World 2017 is “Modeling and Simulation in the Age of Data.”  There are a couple of events that are always highlights.  The first is our Senior Leader Panel, where we bring in a number of senior leaders from government and industry and ask them to comment about their perspectives on modeling and simulation and how it impacts their organizations directly, what type of trends they’re seeing, and what they predict in terms of acquisition for modeling and simulation products and services at a government level.

The other is the Simulation Century Panel, which brings together experts from industry, often in adjacent technology areas, and gives our attendees the opportunity to see perspectives outside the mainstream modeling and simulation community. Another on-site event we’re excited about this year is the digital manufacturing panel discussion which highlights the concept of digital transformation. Using technologies like modeling and simulation and big data analytics is transforming how we do business in a more efficient and effective way.

With MODSIM World we’re hoping to create a dialogue across communities in multiple ways. MODSIM World’s 10th anniversary coincides with the Virginia Modeling, Analysis and Simulation Center’s (VMASC) 20th anniversary and the NASA Langley Research Center’s 100th anniversary, so it’s an important year for the modeling and simulation community in Hampton Roads. That said, we don’t see MODSIM World as a Hampton Roads conference. We’re serious about the title of MODSIM World—this conference is unique in that we’re looking to reach across all the communities of practice that make up the world of modeling and simulation.

We’ve divided the conference into four tracks; each track aligns with what I would call a modeling and simulation community practice. What differentiates a community of practice as I have described it is a unique set of professionals with different skill sets and an unique approach to applying modeling and simulation. The four tracks include training and education, analytics and decision making, science and engineering, and visualization and gamification. Each has its own flagship conference focusing on the particular application of modeling and simulation relevant to that community, but the goal at MODSIM World is to generate a conversation across these different communities of practice and bring them together into a larger community.

One of the ways we do that is we have industry user themes that cut across the communities of practice. Those themes this year are defense and homeland security, healthcare, maritime, critical infrastructure and aerospace. While there are many application areas, every year we look at a just a few and highlight those application areas across all the modleing and simulation communities of practice.

MMT: The military is embracing simulation and training and now we have new technologies like augmented reality that are emerging from the gaming industry. Talk to us about the evolution of augmented reality and how you think it can benefit the military.

EW: Augmented and virtual reality are certainly areas of interest right now. At MODSIM World, we have a special event called the Innovation Corner that’s focusing on augmented and virtual reality this year. One of the things that’s really interesting about AR and VR is that this is an area where the technology has been driven from outside the Department of Defense (DoD), so the DoD and our government partners are looking for ways to incorporate this technology that was primarily developed for gaming and entertainment. There’s clearly applications for it in training and when you’re looking at augmented reality, there are also applications in maintenance and operations.

One of the key factors is that a commercial virtual reality headset, as a product, has a very appealing price point and I think that makes it an interesting business model. Hopefully it’s one of the many examples in the future where broadly applicable simulation-related technologies find application with our military partners.

MMT: What are some other trends you’re seeing in the world of modeling and simulation? What about any future predictions? How do you see these trends affecting the world of military training?

MMT: Could you share a scenario where “big simulation” could be applied from a training perspective?

EW: My sports watch tracks my heart rate pretty much all day long. Because I have that stream of data, I can track my resting heart rate and how that changes over time. It’s not an example of simulation technology, but it’s an example of sensing technology that creates a tremendous quantity of data. Imagine if you were capturing data like that not just from one person, but from many people, lets say, performance data from a training audience—that’s big data. Now lets apply complex models and simulations to that big data—that’s big simulation. We now have mature technology that allows us to perform simulation for training in ways that we’ve never been able to before simply because we didn’t have the data.

This year MODSIM World will be co-located with the Spring Simulation Multi-Conference and will be held at the Virginia Beach Convention Center in Virginia Beach, VA from April 25-27, 2017. For more information about the event, visit the website here.