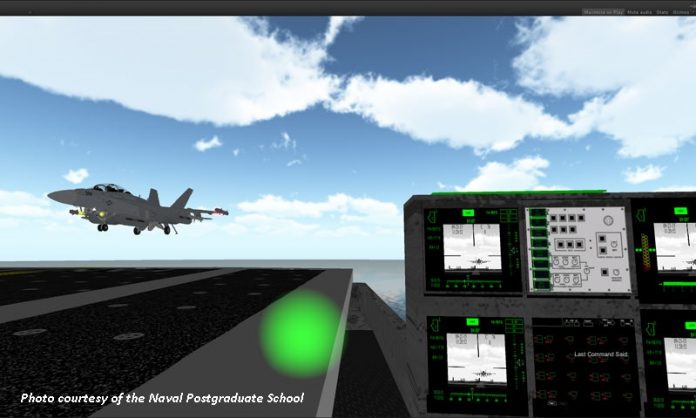 {Editors Note: This piece has been repurposed with the permission of the Naval Postgraduate School, where the authors Matthew Schehl and Khaboshi Imbukwa  reflect back on the 30 years of virtual reality and how it has impacted how we train, interact with machines, and has opened the door to the possibilities of so much more.}

For the past 30 years, virtual reality has proven to be a foundational technology, one that has completely changed the way humans interact with machines, opening new doors and possibilities that are still being discovered to this day.

Within the Department of Defense (DoD), the impact has been equally powerful, with VR technology fundamentally changing major functions within the department. At the forefront of this advanced technology, first coined ‘virtual reality’ now 30 years ago, is a small graduate university, the Naval Postgraduate School (NPS), and its Modeling, Virtual Environments, and Simulation (MOVES) Institute, where forward-leaning faculty and dedicated students have opened countless doors to uses of VR that are now commonplace throughout the services.

Soldiers and Marines work out new tactics to engage enemies in myriad complex battlegrounds without firing a shot or taking casualties; pilots can crash over and over again in flight-training simulators; surgeons are able to hone their skills without putting human patients at risk; and students can sit in classrooms hundreds of miles away.

“Simply put, virtual reality is the technology for moving through and interacting with a three-dimensional computer-generated environment,” explained Dr. Mike Zyda, founder of the MOVES Institute, the group that has spearheaded NPS’ contributions to the field of VR and how the DOD uses it.

This allows for ever more realistic training simulations. Real world challenges, especially high-risk, hazardous or expensive ones, can be practiced over and over again without real world consequences.

“It’s important to rehearse and know what’s where, where you’re going to do what you’re going to do,” Zyda added. “In the heat of battle, once the flash bang goes off, all of your cognitive functions disappear and what remains in your brain are the things that you’ve trained for.”

NPS formally established the MOVES Institute in 2000 to bridge the military analysis work of its Operations Research Department with the simulation and software development expertise of its Computer Science Department. MOVES had existed as an interdisciplinary academic program since 1996, but its origins run much deeper.

In the early 1980s, NPS students began exploring the creation of 3D virtual environments and games on Silicon Graphics Iris 2400 workstations – cutting edge at the time. In 1986, two students developed a FOG-M anti-tank missile simulator as their graduate thesis. The simulator worked brilliantly, accurately modeling the physical dynamics of the real thing.

The only issue was that fire was directed at a stationary target: tanks on a real battlefield tend not to sit still.

“Wouldn’t it be better if it moved around?” recalled Zyda, the students’ advisor. So they developed a way for the missile and the tank to interact in that 3D world, a network they named NPSNET.

“Now we could drive the tank around to evade the missile,” Zyda said. “Next thing you know, we’re building multiple tanks and driving them around.”

This caught the attention of the U.S. Army, which had recently began exploring tank simulators through the Defense Advanced Research Projects Agency (DARPA). The DARPA effort yielded a system called SIMNET, which came at a hefty $140 million a pop. In contrast, the commercially-available Iris 2400 workstations used by NPS cost $60,000 each.

In 1997, Zyda chaired a National Research Council study to explore the vast overlap between military simulation and commercial gaming. Their report, Modeling and Simulation: Linking Entertainment and Defense, fundamentally altered DOD’s use of – and attitude towards – entertainment technology in modeling and simulation systems.

This resulted in what would become a grand slam homerun for the MOVES Institute: it became the birthplace of America’s Army, a first-person shooter video game in which players engage in squad-level tactical combat, immersed in realistic, high-quality environments.

It was launched by the Army in 2002 as a free, downloadable recruiting tool and is still going strong with several million active users logging billions of hours of gameplay time.

“It’s the very first serious game that had a big impact. It became one of the top five played games online in the years that it was out and it was the most successful recruiting tool ever built by the U.S. Army,” Zyda said.

America’s Army was originally intended as a recruitment tool, but has since morphed into a training tool.

Repurposing its engine has enabled a myriad of virtual reality training simulators, including advance gunnery on the M1A2 Abrams, driving Mine-Resistant Ambush Protected vehicles, calling for artillery fire and conducting electronic warfare. A 2016 Government Accountability Office report specifically called on the Army to up its game with virtual reality training in order to confront the world’s increasingly complex security environment.

It’s not just Army, though. All services are heavily investing in virtual reality-based training, such as the Navy’s Fleet Integrated Synthetic Training/Testing Facility (FIST2FAC) on Ford Island, Hawaii.

“This is the future of training for the Navy,” said Terry Allard, head of the Office of Naval Research’s Warfighter Performance Department. “With simulation, you can explore endless possibilities without the expense and logistical challenges of putting hundreds of ships at sea and aircraft in the sky.”

The drive towards virtual reality training is reflective of the efficiency it affords: time, manpower and resources are saved and logistic stress loads lightened.

To read more about the evolution of VR and the innovations NPS’ MOVES Institute has brought to the field over the past 30 years, click here for the full story.