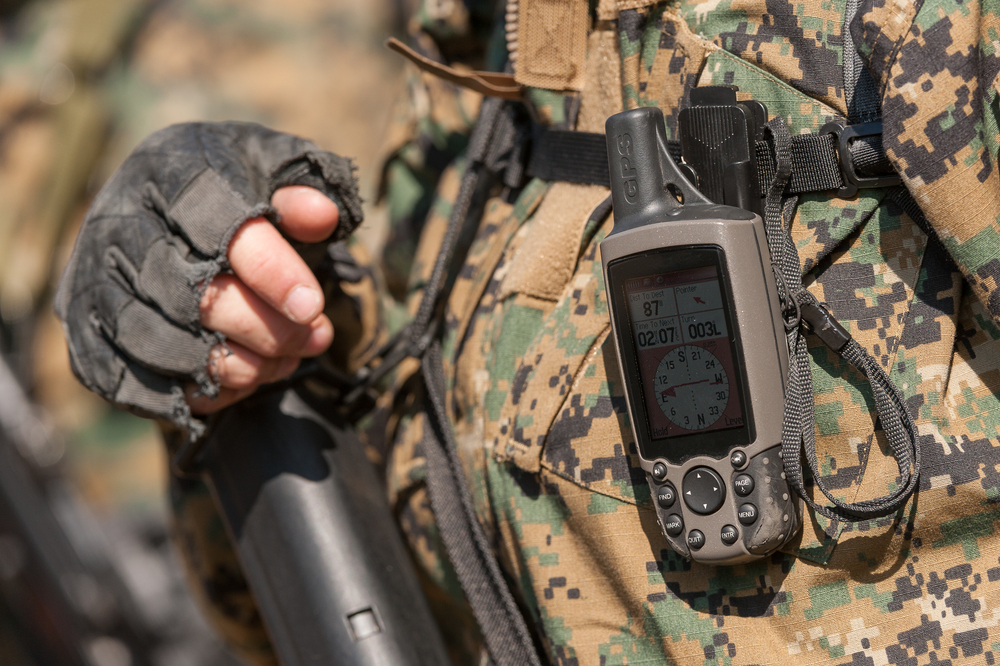 In a recent article on GPS World1, Bradford Parkinson, vice-chair at the U.S. PNT Advisory Board, explored the repercussions of the possibility for the FCC to allow high-powered, ground-based, communication transmitters to broadcast at a frequency near GPS L1. Parkinson wrote, “I believe that this possibility is the greatest current threat to the position, navigation and timing (PNT) community.”

Understanding the gravity that this change has in the PNT space, the Modern Battlespace editorial team connected with Business Development Manager Mark Johnson and Technical Fellow Sai Kalyanaraman at Rockwell Collins to look at this threat through a military lens, in addition to the predicted effects it would have on civilian life.

Here’s what they had to say regarding this potential allowance from the FCC:

The Modern Battlespace (TMB) Editors: Explain why this allowance will negatively impact the PNT community and the military as a whole.

Mark Johnson (MJ): This really threatens the GPS spectrum and can compromise the signal, potentially during some critical operations. It also erodes margins with regards to acquisition tracking, meaning it also erodes our ability to operate in a challenged environment. We use Y-code and M-code signals specifically to give us an advantage over our enemies; so reducing its performance reduces that advantage. Losing that advantage on our soil, which this allowance would cause to happen, would be the worst of all, I think.

There would also be some fairly large economic consequences. It would be extremely costly to modify all GPS receivers with the correct parameters. In some cases, they may become too large or expensive to be viable and it could be a significant reset there.

Sai Kalyanaraman (SK): If one needs to accommodate the high power signals adjacent to the GPS band, we have to make sure that the filters on receiver/s meet the size, weight, and power requirements. We are unable to take a filter the size of a brick and put it into a small handheld GPS/GNSS. Even if one has a larger sensor that can accommodate some of these bigger filters, we still have to look at cost, size, and power. If we’re looking at the entire trade space, it’s not viable to implement additional filtering on the GPS receiver in order to accommodate these signal needs.

MJ: And of course, GPS receivers are everywhere now, right? So you’re talking about a fairly significant impact, not only in the quantity, but in how they are applied to banking and internet. I mean, it’s the world’s timing source. It’s the world’s source of navigation for a lot of platforms and it’s only spreading.

SK: This is a constant and additional interference source that one will have to live with all the time. It impacts the bottom line performance and operating margin of the receiver, thus eroding much needed additional capability.

TMB Editors: Would you consider this change a threat to homeland security?

MJ: If it starts denying or degrading U.S. government use of GPS for critical operations, say during some sort of attack, it really could pose a threat. Some of the key areas that would be affected would be military timing, power, and navigation, but there are also other areas to consider like the FAA and the safety of flight.

SK: There’s a published study that highlights approximately 16 key infrastructure elements in the U.S., at least half of which utilize GPS. It is a strong driver that supports such a wide range of infrastructure across the U.S., so much so that it’s deemed essential.

Fundamentally, there would be an impact to the homeland, some of which would be as trivial as losing the timing source for your cellphone base station or as crucial as losing the timing source to evaluate the synchrophaser outputs. Today we’re looking at using timing down to the microsecond to be able to evaluate what happened to the grid and quickly fix the problem.

If you’re looking at this entire group of receivers in frequencies between low 1500s to low 1600s, ranging from civilian uses like cellphones to safety of life aviation and other mission critical DoD purposes, and what it takes to upgrade all of those receivers to be compatible with a potential adjacent band source that would need to be addressed in the future, we’re still looking at multiple decades before they could even become viable; notwithstanding the monetary aspects that this would entail. From a military perspective, that would impact operational readiness across the board.

TMB Editors: What are the long term and short term effects of such an allowance on the PNT community?

MJ: In the short term, if you lose GPS capability in certain zones, that loss could potentially drive safety and commerce issues. If a firefighter is using GPS to get to an emergency and is then denied the access, they’ll, of course, be slower to respond – even slower than before GPS existed because they are dependent on it now. A helicopter medevac team would face the same issues as the firefighter, but also might have safety threats while in flight.

Longer term, there is the monetary impact of readying all of these receivers to coexist with each other. But no matter how much money you spend, you’re going to have loss of some applications because certain things just aren’t going to be viable. Think back to Sai’s example of putting a brick filter on a considerably smaller device. That small device isn’t a viable solution anymore. Not to mention the fact that altering the timing infrastructure for banking and the internet would be very impactful.

SK: One example I’d like to point out is the impact on the Helicopter Terrain Awareness and Warning Systems (HTAWS). If they lose GPS, they lose that capability to establish their terrain awareness in a helicopter.

If a helicopter is looking to land in an area that is near a cell base station that is transmitting in the adjacent band, this could impact GPS signal recovery at the receiver that is onboard the helicopter. These types of operational issues are hard to solve and adhoc loss of GPS function can be expected in the vicinity of these base stations, thus resulting in loss of GPS based terrain awareness capability.

MJ: Monitoring and testing and staying on top of compliance for signals adjacent to the GPS band is a major job. It’s not like when a company didn’t quite comply, your cell phone service is spotty or your TV signal gets some interference. Here, loss of compliance could lead to safety critical issues for GPS applications including aviation.

SK: To meet the landing safety requirements for an aircraft, for every 10,000,000 approaches, only one could be deemed hazardous (likelihood of a hazardous condition is ~1e-7/approach). In addition, for landing operations, the continuity (the probability that the operation will be interrupted once it has commenced) is 1e-5. That’s not the same level of integrity/continuity required for commercial communication systems. They aren’t necessarily designed to that standard, but that is how they must operate (in order to ensure that any authorized transmissions in the adjacent band always stay below a given level to be compatible with safety of life GPS). That begs the question how the FCC and FAA can coordinate with each other to ensure that safety.

It’s clear that the PNT community would face some serious challenges as a result of this allowance from the FCC. Not only could homeland security be potentially threatened, but there could be serious economic consequences to this decision. You can learn more about the specifics around these challenges, how they apply on a global scale, and which communities would be directly affected in Parkinson’s article on GPS World1.

To stay updated on the latest trends and best practices in the modern battlespace, subscribe to our newsletter.