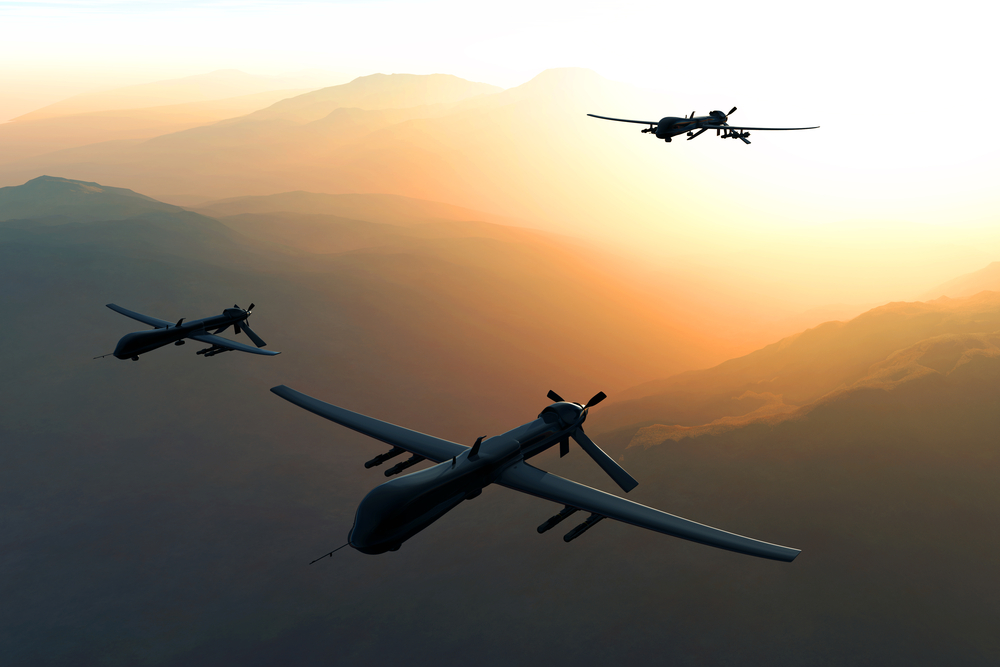 The emergence of unmanned aircraft systems, or UAS, has proven extremely useful for the military community. Without risking aircraft crews’ lives, important reconnaissance can be executed and invaluable information can be captured.  This week’s Modern Battlespace roundup celebrates the partnership between manned and unmanned aircraft by looking at how UAS is enabling stronger communication abilities across fleets and how technologies like Artificial Intelligence (“AI”) are powering a stronger partnership between them.

Here are some of the top stories showcasing this important partnership in-theater:

Disruptive by Design: Drone in a Box Meets Military Comms

In AFCEA’s Signal Magazine, Maj. Ryan Kenney discusses how the trend of drone-in-a-box systems could shape the future of military air communication in addition to optimizing more everyday, in-theater tasks.  In addition to the already useful application of handling more routine and dangerous tasks, UAS can help immensely with C4ISR efforts.

Maj. Kenney wrote, “Perhaps it is also time for military communicators to think about employing these systems to meet their own requirements. Unmanned systems could support a wide range of C4ISR requirements. Current retransmission operations rely on fixed sites or manned vehicles to extend signals. By deploying aerial drones, tactical radio networks could be meshed and extended for both analog and digitized radio frequency (RF) communications.

Comms down? Don’t give up.

If enemies are able to cut off communication between aircraft, many military missions have to be scrubbed because they are so reliant on that ability to seamlessly communicate. Adam Stone at C4ISRNet explored a new partnership between DARPA and BAE Systems that looks to address the threat of communication jamming by our adversaries and strengthen communication capabilities between manned aircraft and UAS.

Distributed battle management, or DBM, “seeks to leverage artificial intelligence computing techniques to ingest and analyze large amounts of information in real time in an effort to feed pilots an accurate picture of the battle on the ground.” In a nutshell, the AI is able to circumvent or minimize the effects of adversary jamming by using, “high-speed analytic processing, an AI approach that uses computer-speed thinking to sort messages and prioritize network usage, squeezing the most information down the narrowest pipe.”

By being able to communicate more efficiently and securely, UAS and manned aircraft can operate together more seamlessly and accomplish missions faster and safer.

As dependence on UAS rises in military missions, the ability to safely deploy them in various conditions is becoming a priority. In an effort to make UAS more available in a wider variety of launch conditions, the US Army is planning to demonstrate a UAS launch from a rotary-wing platform sometime this year, according to Jen Judson at Defense News.

Judson spoke with Layne Merritt, the Aviation Development Directorate’s chief engineer at the Army’s Aviation and Missile Research, Development and Engineering Center at Redstone Arsenal, Alabama, at  the Army Aviation Association of America’s annual summit on April 26. Judson reported, “By employing UAS in such a way, they will become more important for missions beyond surveillance and limited attacks, as is the current situation, Merritt explained.”

With an increase in launch ability and locations for UAS, more communication can be enabled and the partnership between UAS and manned aircraft can grow stronger in the battlespace.