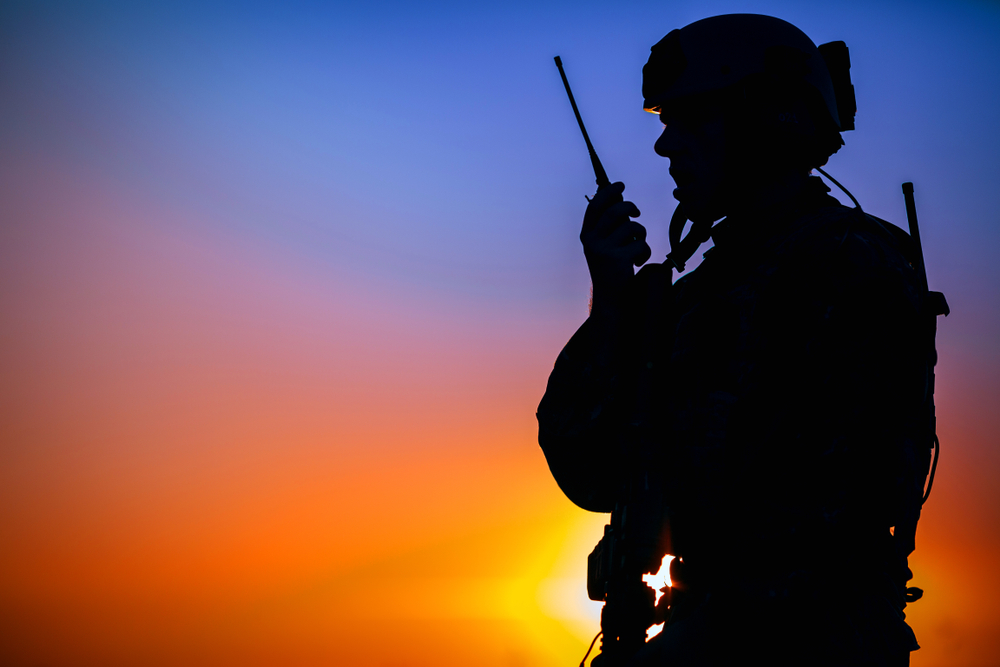 With the battlespace becoming more contested and adversaries becoming more sophisticated, the availability of effective military communications platforms is more crucial than ever. One critical element of that communication is tactical waveforms and their ability to reliably and securely transmit communications to and from the warfighter in-theater.

An Overview of Waveforms

Each waveform adapts to the unique nature of the environment in which it’s used and subscribes to a different priority in military communications (e.g. networking or warfighter mobility). Graf noted, “Military comms is a complex organism consisting of multiple independent networks that must be interconnected and operate in a seamlessly robust and non-interfering manner.”

The complexity of the existing military comms network sheds light on the necessity for military and industry partnership to accomplish the mission of reliable communication throughout the battlespace. This means partnering to modernize tactical waveforms and make them more interoperable and intuitive.

The need for truly seamless interoperability in these communications cannot be overstated. “The most important and valuable tool a soldier has is voice comms and the ability to send the most mission critical data like PLI (position location information) or other short messages in even the most contested environments.”

Two popular tactical waveforms the military currently uses include the Single Channel Ground and Airborne Radio System waveform (SINCGARS), used largely by the U.S. Army, and the Soldier Radio Waveform (SRW), a mobile ad hoc network (MANET) waveform. SINCGARS has been the “bread and butter” waveform used by the warfighter since the ‘80s, but is in need of modernization to keep up with the changing threats. SRW has been extensively tested over the past several years and it is lacking in scalability and range. “The main areas of concern are ease of network planning, range, and consumed spectral bandwidth and performance in contested environments,” Graf stated.

The corresponding change in military communications needs is due in large part to more advanced jamming threats from adversaries in the field. “Since the start of JTRS (Joint Tactical Radio System), the understanding of the threat has shifted. The chance of dealing with more sophisticated forces is pushing us to rethink what kinds of threats the warfighter will face,” explained Graf. “The jamming environment of a sophisticated enemy force is significantly different from what we have been dealing with over the past 20-30 years. So, there is a push to deal with an array of threats.”

Military communications experts are now looking at the best ways to optimize this proven technology to address modern jamming threats and warfighter comms needs without re-inventing the wheel, so to speak. Graf sounded hopeful about this progress when he said, “I think we’re finally getting to where we need to be with MANET technology now and we are applying it to the next generation Tier 1 and Tier 2 waveforms currently under development.”

The application of tiers that Graf referenced can be depicted in figure below. Tier 1 is the lowest echelons like Company down to the soldier. Tier 2 links Companies up to the Battalion and Brigade. Networks like the WIN-T (Warfighter Information Network – Tactical) shares data between the Battalions and Brigades to the Pentagon.

However, as most experts in the public sector know, modernizing any legacy system or process is a challenge, so what’s the most effective way to push these waveforms in the direction the need to be? With a thorough education process between military and industry. This is the most productive way to minimize conflicting requirements in a program that would lead to slow-downs or unmet expectations.

“There has to be a level of trust established between military and industry,” Graf said. “Your experts need to be able to say when something isn’t possible or be able to point out glaring problems. No one wants to find out when they’re fielding something that it isn’t going to meet their needs. You want to find that out up front so that you can either understand and go in with your eyes open or adjust course.”

Now that the situational needs for military comms are better understood, industry can more productively partner with the military to modernize tactical waveforms. Graf stated, “Simple is better. You’ve got to make the planning of the network as simple and robust as possible.”

One example of this modernization of proven technologies would be Trellisware’s updated approach to the widely used MANET waveform: barrage relay networking (BRN). Rockwell Collins has supplemented the BRN with additional protocols to advance the networks abilities. The concept is depicted in the image below. Essentially, a message from the tactical operations center (TOC) starts the process of “intelligent flooding” of the network. The message will ripple through the nodes of the network to create a “Virtual Multipath” and ensure the message is securely received by the warfighter in the contested area. This approach has particular advantages in certain contested environments, as it has a natural ability to route around and heal when there is significant disruption.

The U.S. Army will be doing extensive testing of this emerging waveform over the next couple of years with the goal of bringing a simple and robust network to the soldiers in theater.

Collaborations between industry entities and the military should be used to build trust and understanding, paving the way for the development and integration of future tactical waveforms that span the spectrum of needs and threats. By continuing to optimize and perfect existing comms infrastructures, the warfighter will continue to have access to their most invaluable tool in-theater.