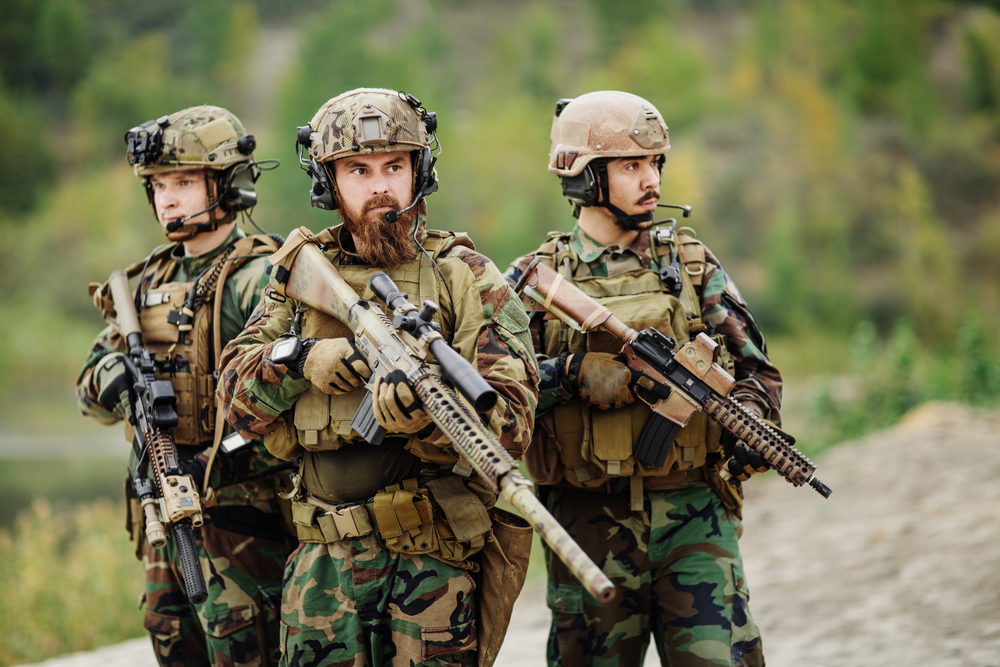 This week, AUSA 2018 took place in Washington, D.C. and brought together more than 30,000 attendees and 700 exhibitors to discuss emerging trends and innovation in the world of land warfare. The Modern Battlespace team captured some key takeaways from the show, including pain points and challenges being addressed by the industry, along with some top industry news featured at the show.

Trends and Focuses at AUSA 2018

Secretary of the Army, Dr. Mark Esper discussed modernization efforts and identified priorities for better preparing today’s warfighter at a press conference on the first day of AUSA 2018.

“We are moving out across a number of fronts to improve
readiness, increase lethality, and modernize the force in support of the
National Defense Strategy, the Army Vision…and the just released Army Strategy.”@SecArmy, Dr. Mark Esper #Readiness #ArmyFutures #AUSA2018 pic.twitter.com/vSOeHSXkZ8

General Mark Milley, Chief of Staff of the Army, delved into readiness both at the same press conference with Dr. Esper and during his address on day two of the show.

Rockwell Collins featured it’s AN/PRC-162(V)1 RT-2048(C)U military ground radio, which recently a Type-1 NSA certification. The corresponding press release on the announcement noted, “The AN/PRC-162 is a next-generation two-channel ground radio, both man-portable and vehicle-mountable, that will enable U.S. Armed Forces to tap into new communications capabilities such as the U.S. Department of Defense’s Mobile User Objective System (MUOS) while maintaining interoperability with legacy waveforms. An open-architecture design allows for software-upgradeable capabilities in the future.”

The wolfSSL showcased their TLS 1.3 technology on the AUSA 2018 show floor. TLS, or Transport Layer Security, is a cryptographic protocol that is used for securing communications between applications, platforms, and devices. wolfSSL recently announced the first commercial release of TLS 1.3 in August. This protocol benefits today’s warfighter by building on the security of previous TLS protocols and reducing latency in communications.

It was also announced that last month, Leonardo DRS and RAFAEL tested RAFAEL’s Lighter TROPHY Vehicle Protection System (VPS) for smaller platforms on the Bradley vehicle. According to the corresponding press release, “TROPHY VPS achieves up to 40% weight reduction and improved power management, depending on how it is integrated on a platform.” This system was on display at the AUSA 2018 show floor.

The growing trend of manned-unmanned teaming was also covered on the show floor at AUSA 2018 with the partnership between AeroVironment and General Dynamics. Their partnership will result in tactical unmanned aerial systems (UAS) and tactical missile systems (TMS) for armored combat vehicles. “By integrating the leading small tactical UAS and loitering missile systems with the leading armored combat vehicles, our team will deliver a new level of battlefield lethality, survivability and combat effectiveness to protect and enable the warfighter,” said Kirk Flittie, vice president and general manager of AeroVironment’s UAS business, in their recent press release for the announcement.

We look forward to what innovations and progress next year’s AUSA show will bring to light for the U.S. Army.