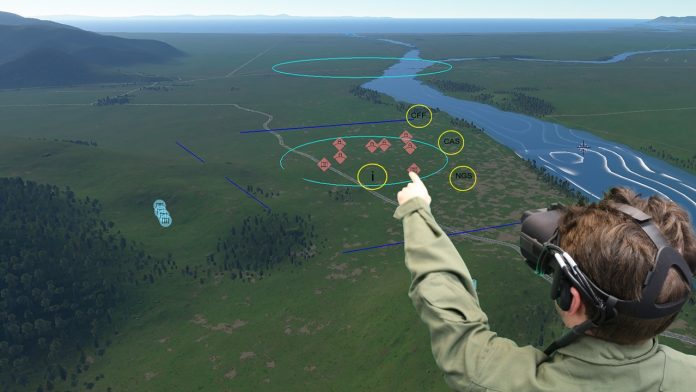 The role of supporting forces in contact and generating sufficient joint fires and effects to allow the commander to shape the battle will endure well into the future. A difference in the future may be that the Forward Observer and Joint Terminal Attack Controller will no longer be on the physical battlefield, but integrated into a geospatial synthetic environment as an “Avatar” conducting digital joint fires.

Industry leaders are paving the way for this shift towards synthetic environments by using certified simulation as an operational capability. Rockwell Collins, for example, will be the first to employ this approach by using our RealFires™ simulator embedded into the Coalescence™ mixed reality system. The “Avatar Effect” will be established within the Extreme Battlespace Offensive Support Solution (XBOSS), which will change how joint fires will be conducted in the future.

The Forward Observer and Joint Terminal Attack Controller are the single most important force elements on the battlefield who employ “reach back” to lethal attack resources through tactical data links and internet protocols. Ensuring their physical safety with synthetic environments using the Avatar Effect is an invaluable prospect for troops in-theater. Naturally, this methodology of digital joint fires will continue to evolve into the future.

It’s anticipated that while technology will allow a high degree of automation or artificial intelligence (AI) in this process, immutable decisions remain, which still require a “person-in-the-loop” to make key decisions. The Forward Observer and Joint Terminal Attack Controller as an “avatar” will remotely operate a more responsive joint fires system that will be dependent upon a digitally networked synthetic environment to link together all sensors and shooters across all components via a centralized control authority to provide terminal effects.

Mixed reality of these solutions enables the remote operators to geospatially understand the battlespace  as if they were physically located at a geo-specific location in the field. The essential benefits of being removed from the physical battlespace afford both the Forward Observer and Joint terminal Attack Controller to be robust and resilient while coordinating both lethal and non-lethal effects. This system of system affordability allows the commander to exploit the manoeuvrist approach by providing surprise, shock, simultaneous operations and above all tempo while eliminating any fratricide.

Rapid and accurate decision making will continue to evolve as this approach matures and AI business rules are embedded to automatically provide executable attack resource allocation and effects from initial target detection and information.

Ultimately, the “Avatar Effect” will enable operators to be immersed into a geo-specific synthetic representation of the actual battlespace captured by sensors that the operators can manipulate and coordinate with attack resources. The operators immersed virtually in a synthetic environment of mixed reality through offerings like Coalescence will provide unlimited capacity for joint fires and effects in the future.