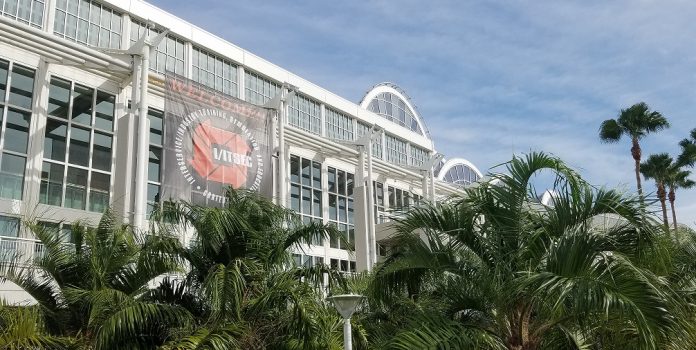 In November, the editors of Modern Military Training were on the show floor at IITSEC talking with industry leaders about the latest trends in training and simulations. The show has seen many changes over the years with increased activity. This is largely due to defense budgets and the demand for emerging technology solutions including artificial intelligence, augmented, and mixed reality to help train warfighters in the battlefields of the future.

So, what did the experts have to say about their experience at IITSEC? Watch this short video and check out their reflections below:

Frank Fuller, vice president at Simulation and Control Technologies told us that based on his past attendance at IITSEC, the 2018 show was larger than it has been in the past with more attendees and exhibitors. “It has been a good show for us and we’ve been able to showcase our new products to this audience.”

Garry Schwartz, president of the Mission Driven Innovative Solutions group (HII-MDIS) at Huntington Ingalls Industries’ Technical Solutions division, agrees that the show has found its stride again this year and is on the rebound with more military and government personnel in attendance. “I’ve been coming to IITSEC for 12 years and it looks like it is on a rebound and back to more of what it used to be.”

In addition to the growth of the show, many of the exhibitors noticed that there has been a larger emphasis placed on emerging technologies. “I’m definitely seeing more virtual reality, mixed reality, and cloud technologies from outside the industry, which has been very exciting,” Peter Morrison, Co-CEO, Bohemia Interactive Simulations, told us of his 13th year on the show floor.

In the 20 years that Shawn Rodier, vice president at JANUS Research, has attended IITSEC, it has shifted from flight simulation and large hardware components to virtualization and smaller collaborative devices.  “Combining live training with virtual training in a collaborative distributed environment has really been the paradigm shift in the last 20 years.”

Stay tuned for more coverage from the IITSEC 2018 show floor and what experts on the ground have to say about the rapidly evolving world of LVC training programs.