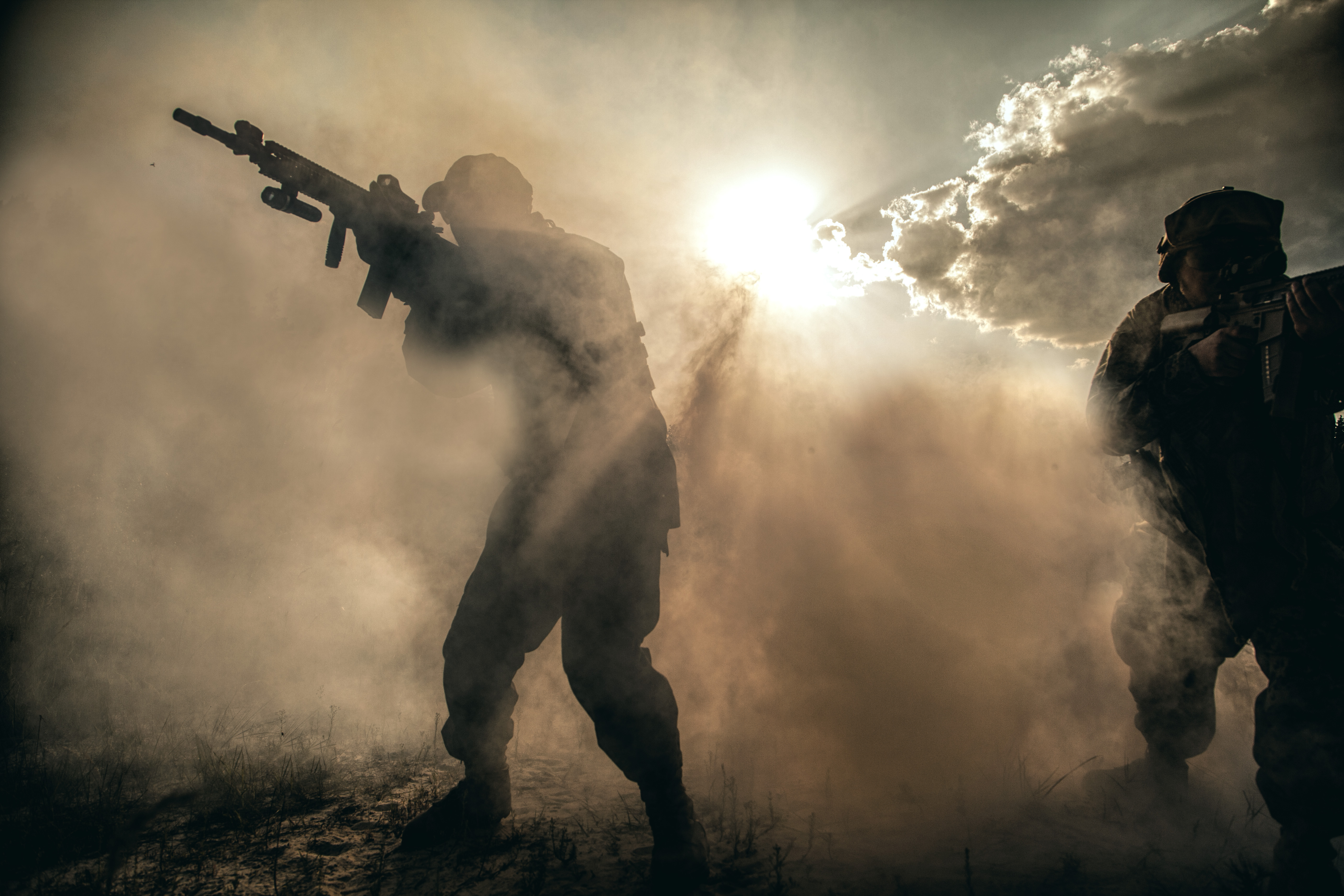 There is no doubt that how we view warfare and the battlefield will rapidly change as technologies and advancements continue.  Before we get too far into 2019, the editors of The Modern Battlespace are looking into the top trends that will impact the future battlefield as we know it.

Here are a few of our top picks:

MUOS Will Change the Future Battlefield

Warfighters on the battlefield often are faced with connectivity challenges when they operate over distances that require beyond line of sight communication (BLOS) solutions. The Mobile User Objective System (MUOS) was developed to address this issue. MUOS is an ultra-high frequency, narrowband satellite system that provides smartphone-like capabilities to improve voice and data communications access. The U.S. Navy, U.S. Marine Corps., U.S. Air Force, and U.S. Army are planning to replace aging legacy systems with MUOS to increase the effectiveness of military operations and communication over satellite today and in the future.

“MUOS provides several advantages over legacy SATCOM,” said Capt. Shawn Avery, MUOS project officer in Command Element Systems at MCSC. “The most obvious to the operating forces will be the increased accessibility. This will allow us to explore new operating concepts by pushing on-the-move voice and data connectivity to the squad level.” Read the full story here.

The speed of technology in the commercial space outpaces what we see in the DoD.  Can the military keep up with emerging technologies? Todd Probert, vice president of mission support and modernization at Raytheon, told C4ISR that today, a toaster can “talk” to a refrigerator and create an alert to buy more bread, yet “the world’s most advanced military is still challenged to connect its huge array of systems. That’s just not sustainable. Before the military can start tackling huge technological leaps like artificial intelligence, we have to change the way we develop weapon systems.”

Probert said that in 2019, he predicts that “the DoD really starts moving away from buying proprietary, stove-piped, closed hardware systems and instead looks to the commercial software world as a model for how we develop and integrate weapon systems. Focusing on commercial-style software development is how we’ll be able to develop truly open, upgradeable, cyber-resilient systems quickly. And by quickly I’m saying weeks or months for a new system, not years or decades. The pace of technology is moving faster than ever before, especially in the software world. We need to accept that and move with it if we want to stay ahead.”

Brett Upson, director of ISR System at Lockheed Martin told C4ISR that as warfare happens in a cross-domain battlefield, there needs to be a more coordinated response. “Today’s environment is evolving to warfare coordinated across multiple domains, driving our forces to be more adaptable and coordinated in our response,” he said.  “As this threat environment accelerates, we recognize that our customers require methods that will enable them to operate seamlessly and simultaneously across domains.”

Upson sees C4ISR technologies at the core of how to effectively manage and respond to the complexities of cross-domain warfare. “We will continue to invest in transformational technologies that will help make multidomain operations more predictive and more effective.”

A Better Understanding of “A Day Without Space”

The most severe perceived threat to PNT and GPS lies in the concept of “A Day Without Space” – meaning all space assets, including PNT assets, are somehow made unavailable (whether it’s through spoofing, jamming, cyber-attack, physical satellite destruction, etc.) to the warfighter in-theater, ultimately crippling the operation.

“When people are talking about a day without space, they are referring to an ionospheric interruption to the satellite system,” Mike Shepherd, senior account manager for PNT Solutions at Collins Aerospace tells us in this recent interview. “Satellites haven’t been taken out of the sky or anything. It’s simply interference from an ionospheric storm that takes everything offline, but it’s normally back up within 24 hours. It’s also in that context of a day without space which is honestly more probable.”

Experts stress that no single technology can address the problems associated with the PNT threat environment, and the traditional approach to threats of this nature is outdated. To learn more about different approaches to the problem, click here for a downloadable whitepaper.

AI Will Reboot the Future Battlefield

Artificial intelligence (AI) is infiltrating nearly every industry and the military and defense is no different. The military is looking at how AI can revolutionize warfighting in the future. From self-directing sensors to autonomous robots and autonomous vehicles, AI will play a significant role in the future battlefield. In fact, the Army Research Laboratory (ARL) has identified several areas of focus for AI and machine learning to enhance effectiveness of the warfighter.

“We may be facing a potentially new revolution in military affairs,” Alexander Kott, chief scientist at the ARL, declares in this article. “In the large scheme of things, the appearance of intelligent artificial beings on the battlefield is mind-boggling and is nothing short of revolutionary.”

Did we miss a trend? Contact us to share your thoughts on the top trends in 2019 and beyond.