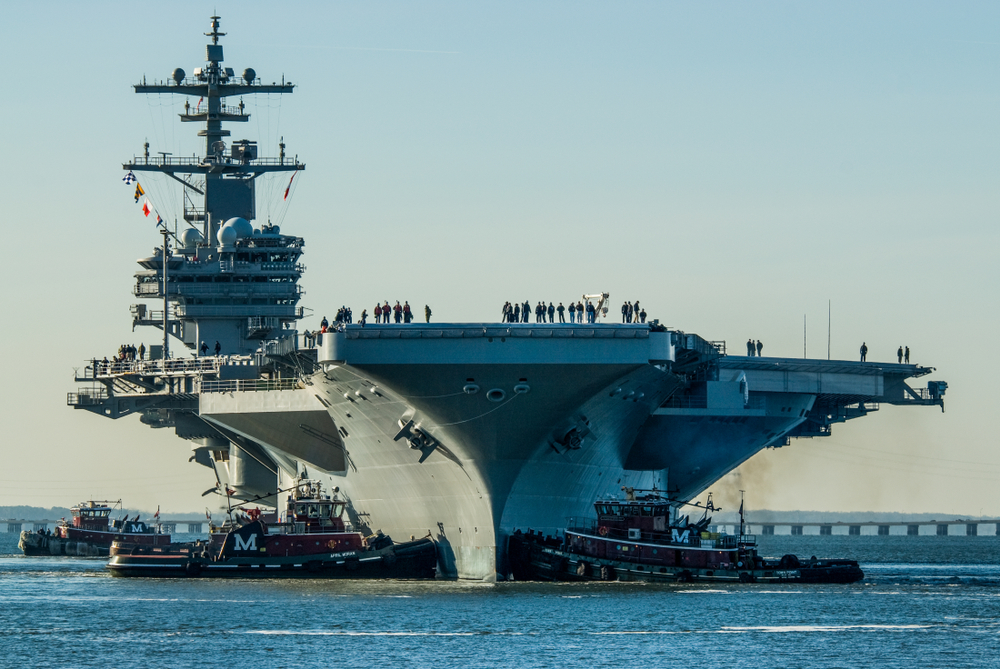 The United States increasingly faces near-peer adversaries that contest our superiority on the high seas. Especially within the Asia Pacific region, our adversaries field larger and ever more modern arsenals. To answer these challenges, the Navy seeks to expand its fleet from 276 to 355 ships.

However, a sheer increase in ship hulls is not enough to answer the challenges that the Navy faces.

The crucial second leg of this increased capacity is that new and existing ships must be thoroughly networked so that crews can monitor ship components, relay data to other ships and command posts, and any number of other applications. Consequently, naval infrastructure must be able to handle the “multiterabytes” of data that are transmitted daily during the military, disaster relief, medical, and humanitarian missions that our armed forces must undertake.

As the report High Throughput on the High Seas, published by the satellite operator SES, notes, handling such a prodigious volume of data and communications traffic is a prerequisite for operating in today’s modern battlespace.

The Navy requires this greater level of connectivity in its increasingly networked hardware. Nowhere is this more apparent than in the Navy’s newest and most advanced aircraft carrier, the USS Gerald R. Ford (CVN-78), which connects data from across its vital components, including its engines and engineering systems and catapult and combat systems. All of that means greater operational efficiencies and the need for less manpower. And as drones become a larger presence in the fleet, so will the demand for a seamless connection between the operator and their aircraft system, however far away it may be.

The problem is that implementing shipboard network connectivity demands a tremendous amount of bandwidth that can be delivered to platforms that can’t be serviced by terrestrial fiber optic lines. To make sure that naval assets can perform to their fullest capability away from friendly terrestrial networks, not to mention while in contention with their adversaries, the military needs another high-speed communications option.

As High Throughput on the High Seas details, the answer to this quandary may be using more commercially available high throughput satellite networks.

The several case studies detailed in the report suggest that using commercial geostationary orbit (GEO) and medium Earth orbit (MEO) satellite constellations have multiple benefits for the warfighter. These networks are flexible enough to be available where and when the military requires bandwidth, and they are powerful enough to give commanders “eye-opening” capabilities like 4G/LTE, WiFi, HD video streaming, and telemedicine. It’s essentially as good as being connected to a high-speed fiber optic cable in the middle of the ocean.

For more details on how exactly commercial satellites, and particularly how SES’s networks can give the Navy these capabilities, you can read the entire High Throughput on the High Seas whitepaper here.