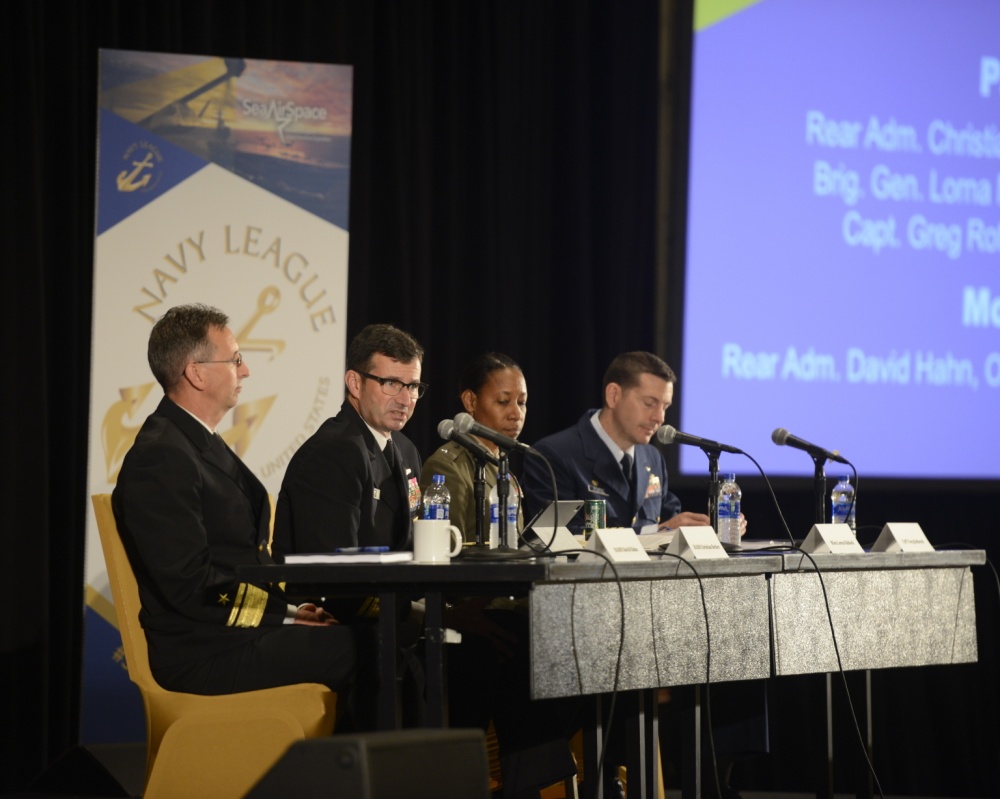 It is no new idea to suggest that military effectiveness is based in large part on the accessibility of information, but it has become increasingly clear—as Vice President Pence said last week at Satellite 2019—that the information derived from satellite technology “provides critical information to our warfighters, [and] gives them the ability to dominate the battlefield.” That sentiment was echoed at the Sea-Air-Space Exposition by senior military officers, who reinforced that contention, tying space capability into the ability to securely transmit vital information to the warfighter, but perhaps more concerningly, how grave an issue a disruption to that satellite infrastructure could be.

Expressing the shared sentiment of a panel of senior leaders from all of the maritime services, the commander of the Navy’s Space and Naval Warfare Systems Command, Rear Admiral Christian “Boris” Becker, proclaimed that “combat readiness” is in fact, “enabled by capabilities that come from space.” This is because it provides unique sources of information including position, navigation, and timing (PNT), ISR capabilities, and communications signals that give leaders what they need to assure trade, deter threats, and when necessary, fight and win wars.

But concurrent with the panel’s enthusiasm for utilizing space and affirmations of its vitality to the military enterprise is that in a new age of great power conflict, its unimpeded use cannot be taken for granted. According to RADM Becker, “The time has come when space is no longer an uncontested environment,” and we need to develop the capability to fight through and maintain the same kind of control that the military can exert over sea and land-based networks.

So while we should look to implement the space-based innovations that make space a boon for warfighting capability, Marine Corps Brigadier General Lorna Mahlock, Director, Command, Control, Communications, and Computers (C4) and the Deputy Department of the Navy Chief Information Officer (CIO) of the Marine Corps, stressed that we “need to collectively work on…how we protect and secure technology as we begin to acquire them” because “we don’t want to lose the asymmetric advantage” that they provide.

Part of the solution, according to the panel, must be experimentation with new technologies—both across the military and with industry partners because the new technologies that push the envelope of space-based capabilities could come from within the Department or from commercial providers.

That last point is important, as both RADM Becker and Coast Guard Captain Greg Rothrock, Commanding Officer of the Coast Guard Research and Development Center, commented that the commercial sector has been able to accelerate “more rapidly” than the military has. Because of that, “we should pursue…working with industry” to bring the newest and most exciting satellite technologies to bear on mission needs while working to secure the space network against those who would do it harm.

Therefore, while the Sea-Air-Space panel held that the “possibilities of space are limitless,” ensuring our access to those possibilities must be  as much of a priority.

To more deeply explore the threat of satellite disruption to PNT, click here to download the PNT Threat Environments whitepaper.