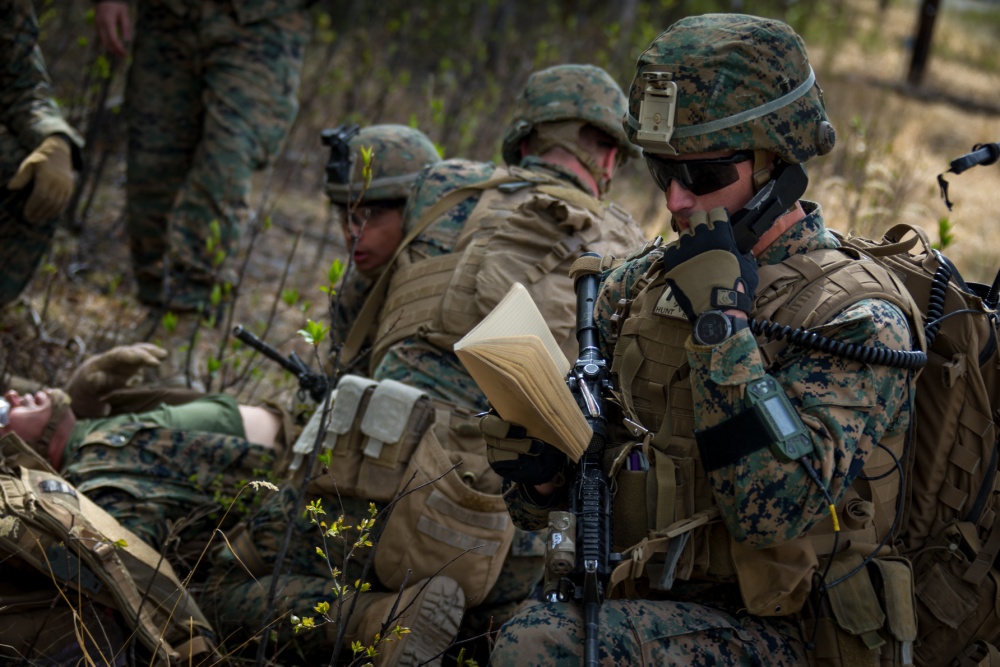 Consequently, the U.S. Marines—indeed, the military generally—need to learn to deal with the unique challenges with INDOPACOM operations. Securing it provides freedom of navigation, enables UN sanction enforcement, and facilitates supporting regional allies, especially because potential competitor states in the region are becoming increasingly technologically sophisticated.

At this year’s Sea-Air-Space conference, Gayle von Eckartsberg, Director Pacific Division, Plans, Policies, and Operations for the Marine Corps, discussed the unique challenges that the INDOPACOM region—the Marines’ “natural environment”—poses to her service.

Make no mistake, the importance of operating in this part of the world cannot be overstated, and doing it across such a vast geographic area is a significant challenge. In order for our military to project force over the region, it requires a dispersion of forces across the Indo-Pacific region, such as the 25,000 Marines that are forward deployed everywhere from Guam and the Philippines, to Japan and Korea.

What’s more, the Marines aren’t just “sitting in Okinawa waiting for something to happen,” according to von Eckartsberg. Rather, they are in “a constant state of motion,” constantly projecting power, “always ready to go, always ready to fight.”

With forces spread over such a wide swath of territory and tasked with safeguarding an area so vital to American interests, being connected via secure networks and fidelity of communications and command and control in the face of sophisticated adversaries is paramount.

According to von Eckartsberg, this challenge is a core piece of the Marine Corps Operating Concept (MOC). Published in 2016, the MOC broadly describes how the Marine Corps will “operate and fight in 2025 and beyond” and lays out the improvements that need to be made to maintain an advantage in a degraded or contested signal environment.

von Eskartsberg explained that the Marine Corps is making investments to enable more man- or vehicle-portable forms of network connectivity and integrated command and control systems.  Similar to other military branches, the Marines are looking to source solutions from commercial and industrial partners, which we have covered previously on The Modern Battlespace. That means that our warfighters should get access to the most up-to-date technology in a far shorter period of time than if the Department of Defense developed the equipment on its own.

In INDOPACOM, the need for cutting edge of information technology is crucial. Not only do Marines need to be able to communicate with each other at the speed of warfare, while scattered across half the globe, but regional competitors could potentially disrupt our warfighters’ communications networks. In stating objectives like those in the MOC, the Marine Corps goes a long way in ensuring that it will indeed “always be ready…and if necessary, go to war in a minute” and win.