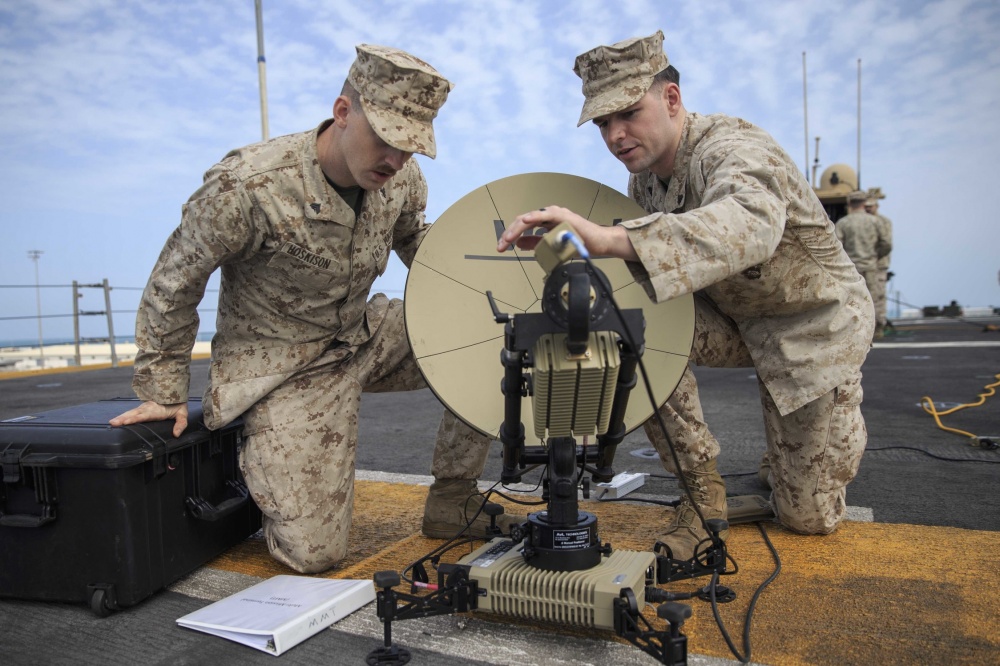 At this year’s SATELLITE 2019 conference, it was very clear that satellite technology has advanced by leaps and bounds. With the advent of groundbreaking applications of high-throughput connectivity and medium Earth orbit (MEO) and low Earth orbit (LEO) satellite constellations, satellites have quite simply revolutionized what is possible for the warfighter, including fiber optic-like internet speeds on the high seas, telemedicine, and HD video streaming in austere environments.

In his takeaways from SATELLITE 2019, conference chair, Jeff Hill, and Executive Editor of Via Satellite, celebrated the technological progress that the industry has made and that was exhibited at this year’s conference. He also pointed to several areas of interest that we at The Modern Battlespace find exciting, such as AI, navigation, and networks that are redefining the battlespace. As Hill makes clear, satellite technology has a crucial role to play in those as well.

“The satellite industry is a software-defined industry,” Hill proclaims, which gives satellites the flexibility to “’change their mission in orbit’” but also the ability to harness AI to evaluate the “huge amounts of data” that they send back.

As the service branches uniformly prioritize developing their satellite infrastructure, this filters into the larger trend of AI becoming an increasingly integral part of military systems, ranging from speeding up image processing and helping ground crews predict aircraft maintenance needs to making possible the next generation of military radios.

However, this also means that the AI used in processing satellite data may need to be a part of the conversation over what are—and are not—appropriate uses of the technology.

Security Capabilities Continue to Be a Top Priority

Hill quoted Lisa Callahan, a Lockheed Martin VP, who noted that “our military and government customers have been asking for a lot of security capabilities” as satellite technology continues to advance. After all, according to IBM Watson CTO Jeb Linton, “We can’t have an era of satellites producing masses of data, without a much greater security capability. You have to focus on the resilience, as you can’t keep the bad guys out today.”

This security need is likely to become even more of a priority as the technology develops over time. With many near-peer competitor states possessing the technical capability to jam, disrupt, or intercept satellite signals meant for our warfighters in the field, it is going to become more important that U.S. military assets can “fight through” and maintain control of their space-based assets while also being prepared for severe disruptions in the communications and PNT capability that satellites provide.

Doubtlessly, Hill would agree with Vice President Pence’s contention during his keynote at the conference that satellites “provide critical information to our warfighters” and gives them the ability to “dominate the battlefield.” In order to ensure that continues to be the case, the military may be well advised to pay attention to the developments that he lays out and prioritize staying on their cutting edge.

To read Jeff Hill’s full set of takeaways from Satellite 2019, read on here.