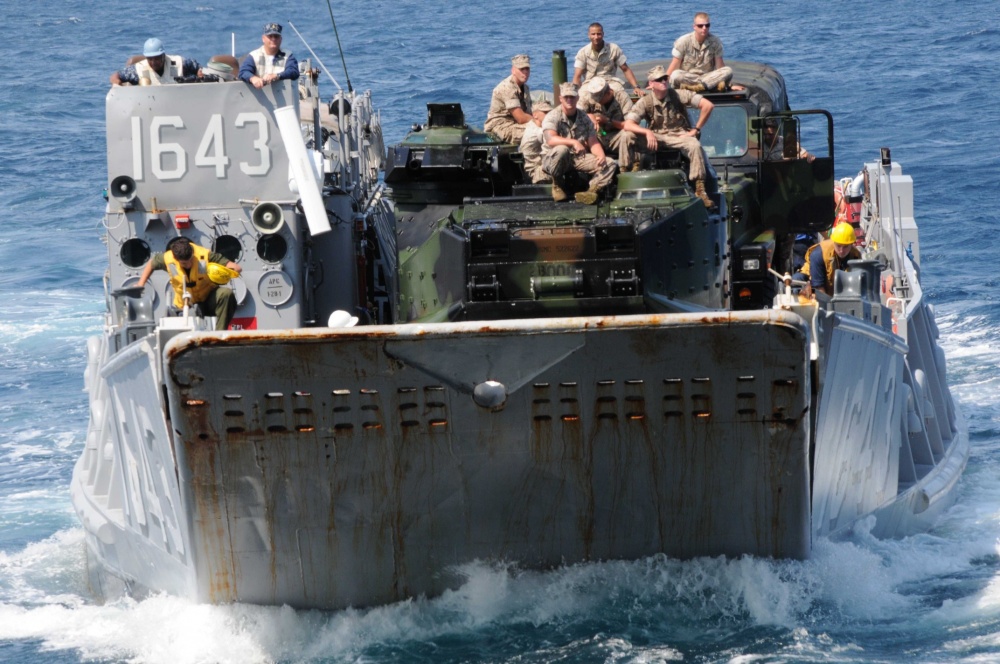 Expeditionary warfare is undeniably critical to the military’s ability to project force and protect the country’s interests in every corner of the globe. Without the ability to deploy units in the world’s contested, maritime environments, the military cannot fulfill its vital functions of force projection, offering credible deterrence, and when needed, fighting—and winning—armed conflicts anywhere in the world.

However, in an increasingly information-driven battlespace, it means that expeditionary forces need to be able to maintain lines of communication while deploying into a contested signals environment, away from established bases and their established communications infrastructure while also spreading across huge geographical expanses. All the while engaging in conflicts on the very tip of the U.S. military spear.

This is a topic of deep concern for general officers from the Navy, Marines, and Coast Guard, and expeditionary warfare in which the contested electronic and cyber domains are particularly concerning.

“For the past quarter of a century, the United States has been able to operate in the maritime domain with the expectation of superiority in that domain,” according to Brigadier General Stephen Liszewski, Director of the Operations Division of the Marine Corps’ Plans, Policies, and Operations. But, at May’s Sea-Air-Space conference, he warned that “the era of superiority in the maritime domain is quickly fading.”

Indeed, “we will be challenged to maintain our technological overmatch with potential…adversaries,” who we can expect to “contest every single domain that’s out there,” including in the electronic spectrum and cyber domains. Meanwhile, it becomes increasingly necessary to answer potential adversary states by spreading military forces across increasingly wider regions.

Specifically, if adversaries contest control of the information domains, they may interfere with the “kill chains” that underlie the way in which information is passed between the sensor, the shooter, and the headquarters element that controls the deployment of those assets.

So how do the maritime services plan on addressing this issue while answering the necessities imposed by strategic imperatives?

Such solutions, according to a consensus among all of the Navy, Marine, and Coast Guard panelists, have to be resilient in the face of enemy interference, but perhaps paradoxically, these information systems would have to be flexible enough to work interoperably with other communications systems across both American and allied armed services, all at low cost.

Expeditionary warfare poses challenges that exacerbate the need for new comms solutions. There are however, promising cases of joint military-industry experimentation that give reason for optimism for what industry can bring to bear on this problem set.