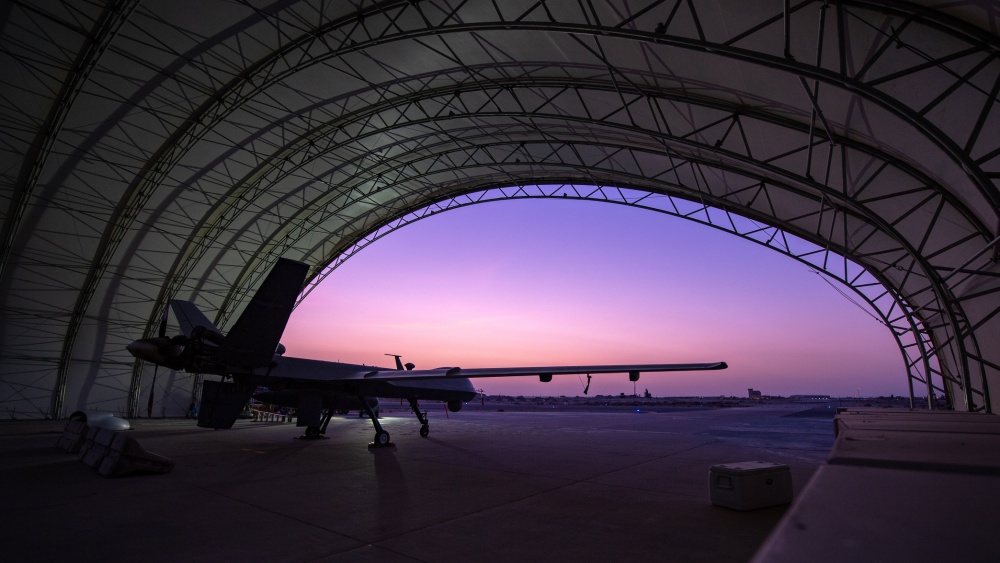 Network connectivity is an ever-more important part of the battlefield. However, that means that more and more military assets need some way to upload and download data. Many times, these advanced assets need to maintain that connection to the Internet of Battlefield Things (IoBT) in austere or contested environments and where conventional means of connecting, like terrestrial fiber optic networks, are unavailable.

UAVs are an excellent example of this conundrum. On one hand, they are used more and more across the military for an expanding portfolio of missions, but to be properly utilized, they need a network connection that can quickly relay high quality video and high-resolution photos back to the operator.

In a recent article in the Government Satellite Report, two executives from SES Government Solutions, Eric Gunzelman and Mike Blefko, gave an interview discussing military UAVs’ unique data needs and how commercial satellite constellations could provide UAVs with the high bandwidth, low latency network infrastructure they need to function at their best.

In the interview, which we have reproduced in part below, Gunzelman and Blefko also go into the difference between positioning satellites at medium Earth orbit (MEO) instead of the traditional, higher geosynchronous orbit (GEO) and how that can contribute to faster data transmission.

Here is what they had to say:

What process is currently in place for getting ISR data from UAVs? Can the data be collected and delivered in real-time?

Eric Gunzelman: There are currently multiple methods for uploading data from a UAV that range in sophistication and speed. There are sophisticated, point-to-point links via air-to-ground or air-to-satellite-to-ground. There are also less sophisticated methods that involve landing the plane in order to access and subsequently ship a hard drive.

Mike Blefko: When it comes to intelligence, surveillance, and reconnaissance (ISR) data, timely delivery is of the utmost importance. The more recent intelligence information is, the more accurate it is, and the better it is for situational awareness, mission planning and mission command. Ideally, decision makers would get access to quality ISR data – such as HD video – in real-time so that it is up-to-date and reliable.

That’s why the process that Eric described of landing a UAV and physically shipping a hard drive is not ideal – since the data – much of which is comprised of multiple large files – needs to be accessed in real-time.

What types of sensors are found on ISR UAVs? How much data do they produce? How has this changed in recent history?

Mike Blefko: There are numerous sensors on UAV platforms. The number of sensors has increased over the years as electronics have miniaturized. These sensors can include visual, infrared, optical and other airframe state-of-health sensors.

Eric Gunzelman: That’s something that I think is important to realize: sophisticated ISR sensors have exponentially increased the amount of data that needs to be offloaded from the UAV.

When you combine the data generated from airframe sensors and the data generated by ISR sensors, it’s easy to see why the amount of bandwidth needed to and from the aircraft has jumped significantly. In fact, I recently read an Avascent industry briefing that showed the total number of UAVs and the total data rate from those UAVs will both double between 2015 and 2025. That’s going to require a lot more bandwidth.

How are the connectivity requirements of UAVs different from other aircraft?

Mike Blefko: While many aircraft are strictly being pushed information, UAVs are typically collecting data locally and then sending it via the uplink path back to the base. They need just as much uplink capacity as they need downlink capacity.

This is why O3b mPOWER is such an effective solution for UAVs, specifically. Unlike other satellite networks, O3b mPOWER provides a significant upload path to address these types of applications.