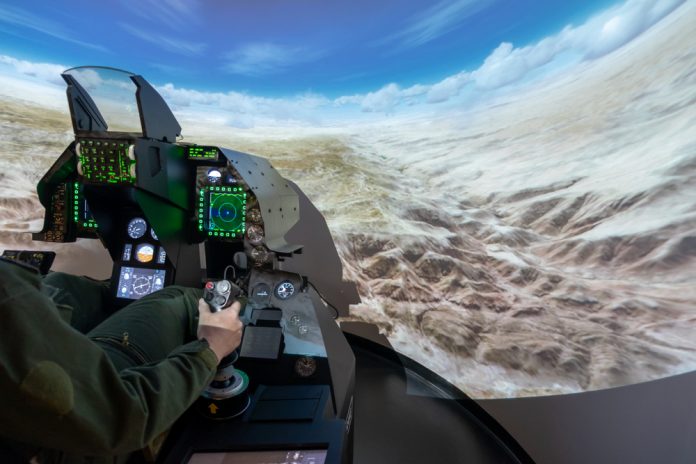 There is a growing concern in both commercial and defense industries around the growing pilot shortage. The Army has been grappling with filling over 700 pilot positions, despite recruiting and retention efforts, as well as increased seats at training schools. The Air Force is facing a similar challenge.

In order to train the pilot candidates that could come out of those recruiting efforts and fill those training school seats, it is important that their training curriculum be as efficient and affordable as possible.  Effective training is key to fill these gaps in our national defense needs while not wasting taxpayer dollars.

Part of that effort needs to be tailoring the pilot training to the needs of the individual student pilot, according to Nick Scarnato, director of strategic development, training and mission systems at Collins Aerospace.

“Everybody’s aware the pilot field is dwindling. Plus, there are a whole lot more platform types that are coming into the market…which is amplifying that problem,” he remarked in a recent article with Rotor & Wing International.

However, just putting more students into the existing pipeline will not be sufficient to resolve the military’s pilot shortage, nor will it do the job to accelerate the push of students through the demanding and complex rigors of teaching someone to fly a multi-million dollar piece of military hardware. “Squeezing a curriculum into their brains twice as fast is not twice as efficient,” Scarnato said.

Further complicating the challenge that military planners face is the crucial fact that these new students – who spent their childhoods in the digital age, with immersive video games and smartphones – learn very differently than their forebearers did.

“Today you have smart phones and iPads and cloud-based solutions and a lot more of what I would call very realistic graphical virtual reality, augmented reality solutions,” he said.

By contrast, “When you put students through what would be considered a more hardware-in-the-loop type approach,” which is so different from what they are used to, “the interest isn’t there, which could have an effect on training.”

That does not mean, however, that the answer is to upgrade the military’s inventory of immersive simulators to match or surpass what student pilots are used to on their Xbox Ones.

Scarnato instead suggested an approach based off of a recent Collins Aerospace whitepaper, “Define ‘Expert’: Characterizing Proficiency for Physiological Measures of Cognitive Workload.”

One of his contentions based on these findings is that industry should develop concrete metrics to assess how students are learning, and use those findings to design individually tailored training programs that will matriculate them through to certification faster.

Going along with this insight, “we see a trend where [the military] is going with a blended approach,” Scarnato said. “They may order more lower-level devices like a [Flight Training Device (FTD)] level five or six, that is not motion based, but they can get more students through that and then they just do their checkout flight in a level D or equivalent device and then when they pass that, they can then go on so they can get more students through the pipeline.”

This is in keeping with the findings of the Collins study, which found that higher fidelity – and more expensive – simulators may prove overwhelming to inexperienced pilot trainees, who for that reason, could be effectively trained on an FTD level five or six device, according to their cognitive metrics.

In order to get at these kinds of insights, Collins is analyzing training effectiveness and the application of adaptive learning using “pretty trendy aspects” of machine learning, data analytics and artificial intelligence to solve the problem, Scarnato said.

“At the base of all that is getting to the cognitive learning, the ability to affect a student’s training to where they can retain what we’re delivering,” Scarnato said. Being able to concretely measure how well each student is learning the curriculum they are being fed means that they truly learn the material and become certified as quickly as possible.

“That’s what we view as one of the biggest challenges and the thing we would like to see more research and more dollars spent on,” he added.

To read the original article with Nick Scarnato at Rotor and Wing International, click HERE.