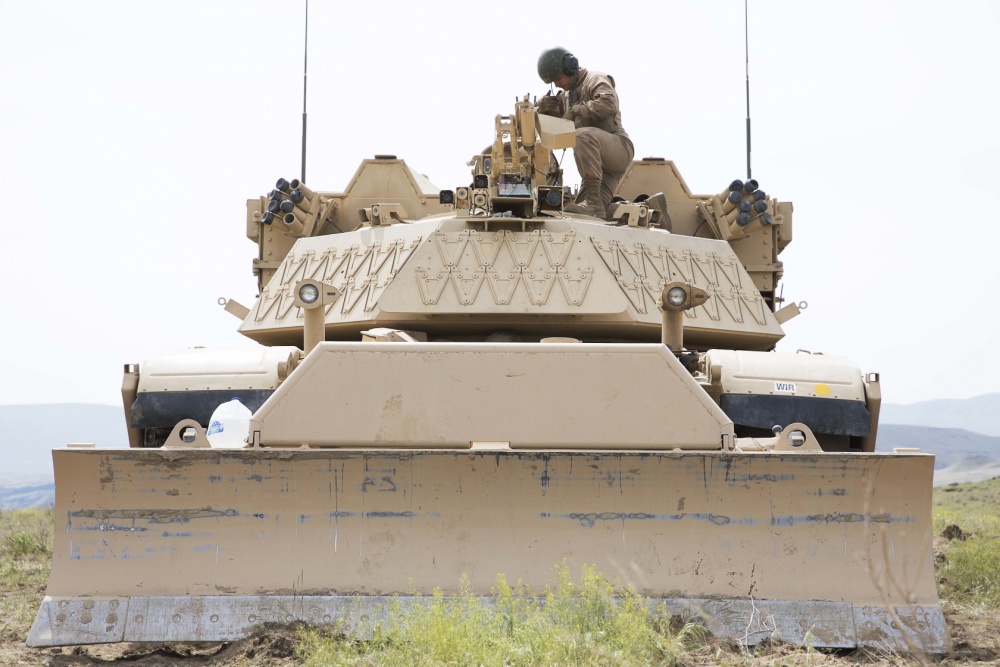 As the U.S. Army prepares to stay dominant in the future battlefield, it requires a transformation of ground combat vehicles. The fast-changing pace of warfare requires vehicles that can keep pace with new platforms and technology advancements. From manned to unmanned vehicles, the next generation of vehicles equipped with the most advanced technologies will allow ground forces to engage in “close combat and deliver lethality during the execution of combined arms maneuvers,” according to an Army statement, surrounding its request for proposals this past Spring.

The Next Generation Combat Vehicle (NGCV) is one of the Cross Functional Teams (CFTs) for the Army Futures Command, and developments in this area are sure to be a topic of focus at the upcoming AUSA 2019 conference and exhibition in Washington D.C., in mid-October.

One key component of the NGCV is the communications system. These vehicles will require the ability to communicate between air and ground in highly contested environments, requiring technology that will provide soldiers with real-time situational awareness. We recently sat down with Preston Johnson, a Director of Business Development at Collins Aerospace, which is supporting the U.S. Army with many communications needs, from mounted PNT systems, to software-defined manpack radios, to FASTAK gateways and more, for his insights on the importance of secure and reliable communications in today’s multi-domain battlespace.

TMB Editors: As we know, the battlefield is increasingly networked. What needs will the manned combat vehicles require to communicate and guarantee secure Position, Navigation, and Timing (PNT)?

Preston Johnson: NGCV will be expected to operate in an extremely contested battlespace where the use of the RF spectrum will be challenged by sophisticated enemy threats. The ability of NGCV to operate in that environment is a key to its ability to support mission accomplishment. The systems supplied with and integrated into NCGV must be able to operate despite enemy attempts to interfere. Capabilities such as spectrum aware radios with an automated PACE function and PNT solutions that fuse together extremely robust GPS anti-jam capabilities with multiple other PNT sensors are going to be table stakes needs for NGCV. Similarly, the NGCV will include extremely important capabilities such as kinetic protection systems with laser warning/protection receivers that defend against enemy missiles.

TMB Editors: How is Collins partnering with others to ensure these initiatives provide the right kinds of solutions? What is unique about those solutions?

Preston Johnson: Collins Aerospace has invested significantly in solutions that meet the demands of the modern battlefield. We anticipated the need to operate in a contested environment years ago and targeted our investments and our partnership efforts with the Army and other agencies to develop capabilities to address these requirements. One such example is the development of our solution for the Army’s Mounted Assured PNT System (MAPS) Program. Our recent selection as the developer of the MAPS solutions reflects the investment we’ve made over many years to pursue capabilities that will support NGCV’s operation in a contested battlespace.

TMB Editors: The Next Generation Combat Vehicle CFT has also made Maneuver Robotics and Autonomous Systems an area of continued effort. What special needs, beyond or instead of those required of manned vehicles, do you anticipate those platforms having?

Preston Johnson: The implementation of Autonomous Systems and Artificial Intelligence is an area that we believe will be critical to the success of NGCV. The interface between UGV/UASs and NGCV will be a key capability. Much of that interaction will need to be relatively “hands-off” from the perspective of the NGCV crew, thus driving a significant increase in the use of AI to handle tasks autonomously. We believe that more and more we will see “human on the loop” operations as the norm instead of “human in the loop” operations.

TMB Editors: What experience does Collins have enabling that kind of networking?

Preston Johnson: Collins has been providing solutions that automate vehicle functions to many different degrees, from full-mission pilotless capability to commercial autopilot functionality for years. As early as 2011, we were working with DARPA to stress test our autonomous technology, and we demonstrated that we could land aircraft autonomously even with heavy simulated battle damage and in-flight failure.

Moreover, we’ve been thinking about how manned and unmanned vehicles will interact and work together for a long time and are have long advocated for safe and secure integration of airborne manned/unmanned system, so we can bring that same thought leadership to the ground as well.

Want to learn more about Collins Aerospace efforts to support NGCV? Read more about its selection as the MAPS Gen II provider here.