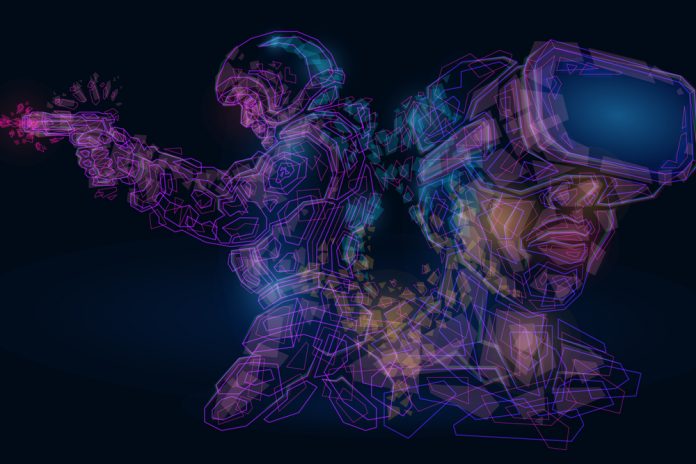 The Synthetic Training Environment (STE) created by the U.S. Army is a cross functional team that is unlike the training environments of the past. With a focus on one single converged training environment, it is built on an open architecture that is focused on interoperability, which opens the doors for vast capabilities and the integration of emerging and adaptive technologies.

Leveraging common data, standards, gaming engines, and terrain, the Synthetic Training Environment offers endless possibilities for training the warfighter for today and the future of battle. The CFT works with other teams to provide trainers with an augmented reality overlay for areas like long-range artillery, armored vehicles, aircraft, and more. The STE takes Army training to greater levels of scale, mobility and fidelity.

During AUSA 2019, Maj. Gen. Gervais, Director of the Synthetic Training Environment CFT, and her colleagues Brig. Gen. Michael Sloane and Matthew Clarke, Director of the Simulation and Training Technology Center at the CCDC Soldier Center, provided a full update on the STE in a media round table Modern Military Training attended. The discussion included some of the most pressing challenges in the relatively young space as it continues to grow.

Gervais spoke to the explosive growth of the commercial markets for virtual and augmented reality and how that fits into the development of the STE. “That’s one of the toughest challenges we have. We have a lot of technology that’s out there that could be beneficial to the STE,” she stated. So, Gervais’ CFT is saddled with challenge of finding the right technologies to meet the training requirements of today’s warfighter in an ever-expanding ocean of new technology.

As the VR and AR market continues to mature and expand and adoption increases, the limitations of these technologies as they currently exist have become very apparent to the U.S. Army (as well as the other military branches). “As we look at it now, there are some things from a training perspective that virtual reality is a good venue and mechanism to deliver that training, but we know there are lots of limitations…” stated Gervais. The key limitations she touched on included latency, resulting motion sickness in some users, immersion level and how that affects training realism, and the need for more tailored technology to ensure training efficacy depending on the task at hand.

Clarke built on Gervais’ comments and shared his thoughts about where the technology is headed. “In the military, we are looking beyond virtual reality. We’re looking across the continuum – not just the virtual side, but also the augmented reality side and each one has its own specific challenges.” He continued by explaining how technology’s continually growing role in our daily lives shapes the reception of these training tools.

“AR to me is where the challenges really lie and that’s because you’re trying to integrate both live and the virtual world… If you don’t have your alignment of those two worlds absolute – if you’re off a little, you’re off a lot, and we can’t have that.”

Based on these insights from Gervais and the STE CFT, the proverbial nut for industry to crack is how we bring simulation training as close to reality as possible for the sake of boosting warfighter preparedness. As industry gets closer to achieving that goal of seamlessly integrating VR and AR into training programs, teams like Gervais’ will be ready and eager to adopt the right solutions.