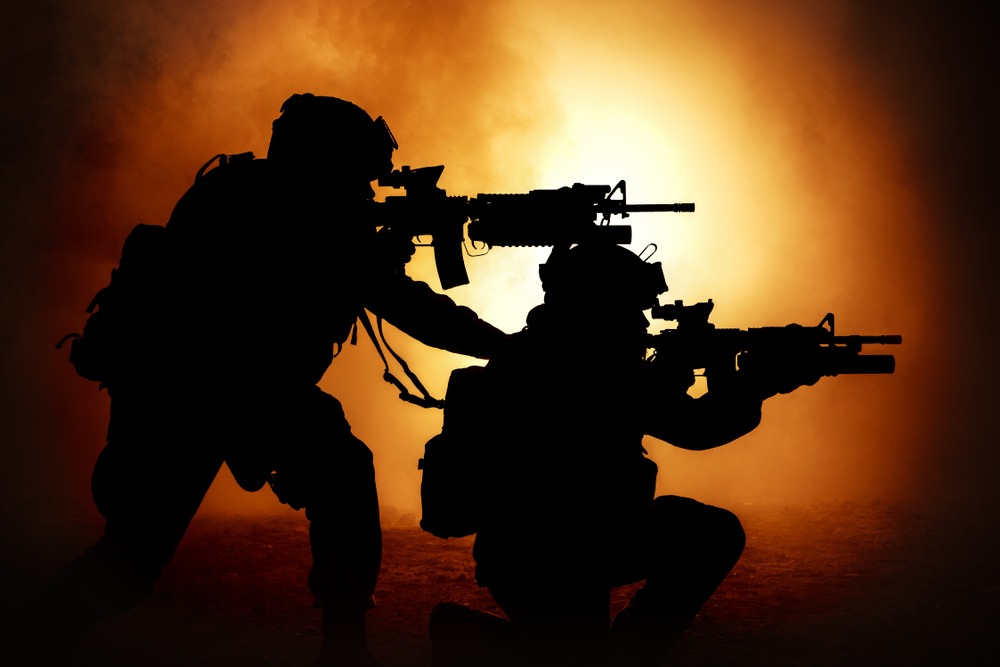 Last week, the international defense community gathered in Washington, D.C. to discuss the latest trends and updates being put forth by the U.S. Army at the AUSA 2019 Annual Meeting. Army leaders focused on readiness today and investing in the future with a spotlight on the innovations coming out of the Army Futures Command. Cross Functional Teams (CFTs) including Future Vertical Lift (FVL), Assured Position Navigation Timing (PNT), and the Synthetic Training Environment (STE) and the need for cross multi-domain operations were all discussed at length by thought leaders and decision makers at AUSA 2019.

The Modern Battlespace team was on the ground at this year’s show and captured a few of the key highlights from the show floor in the recap below. Here’s what many attendees and speakers had to share this year specifically about the Army Futures Command and their progress over the last year:

As the battlespace continues to become more congested and contested, effective multi-domain operations become imperative. Many initiatives and approaches employed by the Army are in support of better, more efficient communication across domains.

Secretary of the Army Ryan D. McCarthy, addresses the U. S. Army’s position on readiness in multi-domain operations 14 Oct. at the 2019 Association of U.S. Army meeting and exposition held in Washington D.C. #AUSA2019 pic.twitter.com/m0VBkHDlAk

LTG Richardson at #AUSA2019: “Our response capabilities are leveraged in support of multi-domain operations, maintaining the competitive space, and prepared to surge war-winning forces to defend the U.S. homeland.” #HomelandDefense pic.twitter.com/ZXaTMdYz73

#ICYMI: The #FVL team hosted a Warriors Corner at #AUSA2019. Watch it in its entirety here: https://t.co/C3qhKk8K0t pic.twitter.com/7vbTAT8vVU

Assured PNT is invaluable to warfighters in-theater and the ability to improve PNT accuracy and availability through solutions like M-Code is crucial in the battlespace. We shared insights from Mike Shepherd of Collins Aerospace about what M-Code means for today’s warfighter, knowing it would be a key discussion topic at AUSA 2019.

The Army’s STE also drew a lot of interest from AUSA 2019 attendees, with many curious about how technologies like VR and AR will shape the world of military training. Improving the training landscape through more affordable and accessible training solutions like mixed reality means improving the warfighter’s lethality and mission readiness.

The Modern Battlespace team looks forward to what next year’s AUSA Annual Meeting has in store!