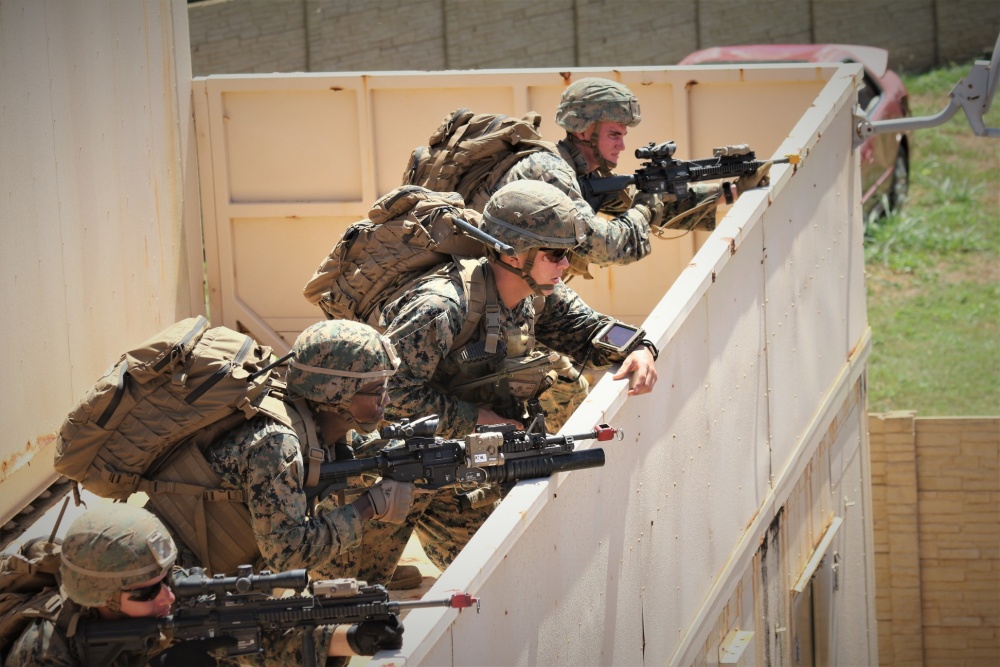 One of the biggest developments coming out of last week’s MILCOM 2019 conference is that the Joint Staff is taking charge and unifying the efforts of four of the service branches to unite their command and control networks. Doing so will create one, seamless, interoperable means of exchanging information cross-service in all domains of warfare from land and sea to cyberspace.

As readers of The Modern Battlespace know, that availability of network information is an increasingly significant aspect of force modernization efforts.

Operating through the newly formed Joint All-Domain Command and Control (JADC2) cross-functional team, the Joint Staff will lead the effort to link all sensors from across the military enterprise all the way down the kill chain to the shooters, no matter what service or what domain they are deployed in.

To give you a sense of how urgent the service branches think this effort is, The Modern Battlespace has pulled together the following coverage of the many senior general and flag officers who made this a key part of their addresses at last week’s annual MILCOM 2019 conference.

Although there had been broad consensus across the military service branches that joint command and control networks are crucial to force modernization, coming into MILCOM 2019, the Navy had not officially signed on to the inter-service effort.

However, during the conference, Vice Adm. Andrew Lewis, Commander, U.S. Second Fleet and Commander, Joint Forces Command Norfolk, signaled to Breaking Defense that the Navy will work with the Army and Air Force to fully realize a Joint All-Domain C2 system.

“No matter what we call it, we just need to do it,” he proclaimed. “We have Navy-only systems [now]….which is really frustrating.”

Gen. Paul Funk, commanding general, U.S. Army Training and Doctrine Command, expounded on the importance of joint operability during his talk on the second day of the conference.

To make sure that the soldier is making the fullest possible gains in lethality under the JADC2 concept, Gen. Funk was emphatic on the point that updating military training to account for that increased data availability is crucial.

As the scope of data available to the warfighter expands across services, the Army needs to ensure “our future leaders are properly trained and have the acumen to conduct multidomain operations,” Gen. Funk told the audience.

One part of the challenge that Gen. Funk highlighted was the requirement to  update the simulation environment to allow joint training with other services and even allied militaries. Moreover, the General emphasized that these systems, particularly live virtual and constructed, are “not natively interoperable,” and they will require “elaborate integrating architecture and a significant commitment of resources, time, and money.”

“It’s clear that great power competition in the maritime domain requires an integrated and distributed multi-fleet operation. The fleet Marine force will contribute to this by integrating with the Navy at every echelon,” he told attendees.

The way to meet this need, Lt. Gen. Hedelund highlighted how Marines at the tactical edge are experimenting with combined Navy-Marine C2 solutions in technology demonstrations like September’s Island Marauder 2019.

As the originators of the conceptual multi-domain framework that the Army has since joined them on, the Air Force is very cognizant of how quickly the armed forces need to create JADC2.

Gen. Mike Holmes, commander, Air Force Air Combat Command, underlined how warfighters at the end of the kill chain recognize the need for this joint capability.  “When our young officers and our young NCOs go wargame, [and see] the threats posed by the governments of China and Russia, inevitably, they come back and they tell us, ‘We need purple command and control.’ We could not move fast enough trying to do green commanding control in the Army and light blue C2 in the Air Force and dark blue C2 in the Navy.”