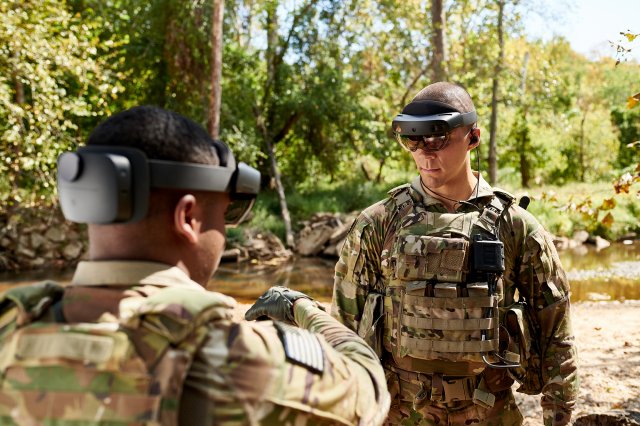 As military modernization efforts continue, whether it’s preparing the next-generation combat vehicle or network connectivity, one thing that cannot be overlooked is the need for soldier touch points that validate that these groundbreaking technologies actually work once they’re put in the hands of the men and women who will be using them on the battlefield.

Soldier touch points provide feedback from soldiers early in the prototype research and development process, which is an innovative process of modernization and part of the Army’s Soldier Centered Design concept.  Previous R&D initiatives didn’t include solider input at the development stage.  Instead, solutions were built and deployed, and soldiers in the field had to adapt it to make it work. Today the soldier touch point process streamlines the effort so that ideally, the new platform or solution arrives on the front lines ready for work.

These touch points play a significant role in shaping what the force of the future will look like and how new military acquisitions programs might proceed. At The Modern Battlespace, we’ve seen many of these initiatives integrated into the cross-functional teams (CFTs) of the Army Futures Command.

Here is what you need to know about the soldier touch points and what Army leadership has said about them:

During a November 6 demonstration of the Integrated Visual Augmentation System (IVAS) for congressional staff members and other members of the Army’s senior leadership, Gen. John Murray, commanding general of Army Futures Command, and James E. McPherson, Senior Official Performing the Duties of Under Secretary of the Army, were both emphatic about the role that soldier touch points plays in modernization efforts that they oversee.

“Soldier touch points helps us better demonstrate technology, like the IVAS…the cross-functional team gets direct feedback — and if something fails — it fails early and we learn from it,” said Gen. Murray, commanding general of Army Futures Command.

“That’s why these touch points are so very, very important, something that is really revolutionary that we’ve not done before,” Mr. McPherson added. “Before, it’s been the engineers put it together, meet the requirements, ‘Ok, here you go,’ and the Soldier gets it and says, ‘I’ve got to adapt to this now.’ Now, we’re making the weapon system adapt to the Soldier.”

Earlier this month, Army aviators from the 101st Air Assault Division and the 82nd Airborne Division participated in a soldier touch point sponsored by the Future Vertical Lift (FVL) CFT.

Through the touch point, soldiers were able to talk directly to aircraft designers at Bell and Sikorsky-Boeing about their V-280 Valor and SB-1 Defiant demonstrators, respectively.

Having the opportunity to spend a full day with their simulators and to familiarize themselves with the cockpits of both, these aviators were able to give the CFT and the aircraft designers insight on what aspects of new designs like these actually make sense to a line pilot expected to fly combat missions.

“Anyone who has been in it always had a piece of equipment that didn’t make sense or you just didn’t understand ,” Chief Warrant Officer 2 William Bogert, a UH-60 Black Hawk pilot with the 82nd Combat Aviation Brigade, added. “It’s really exciting for me…to…stand face-to-face with the man developing the aircraft,” Bogert said. “He asked me what I want, and then he…gives us what we want. It gets us the most efficient, most convenient product.”

Among the feedback that the aviators gave were to maximize comfort and to reduce pilot workload, which would help reduce pilot fatigue on hours-long flights and make sure that the onboard systems did not draw attention away from the mission at hand.

Last week, the Soldier Lethality CFT held the second of four scheduled soldier touch points to continue refining the IVAS system.  Building on the previous soldier touch point, this round put the Microsoft-designed prototype through a more rigorous gauntlet of tests that will help show developers what the system needs to be able to do once it is deployed.

IVAS tech is one of many ways we’re equipping our People to win! Looking forward to trying it out myself… @armyfutures @SL_CFT @PEOSoldier https://t.co/jqRmr88lBJ

This also touches on a vital advantage of building soldier touch points into the processes of acquisition and development.  By including not just one, but several such events over the course of the development schedule, one gets an iterative process where front line soldiers and developers get together to continuously refine and guide the final product to be as out-of-the-box useful as it can be.