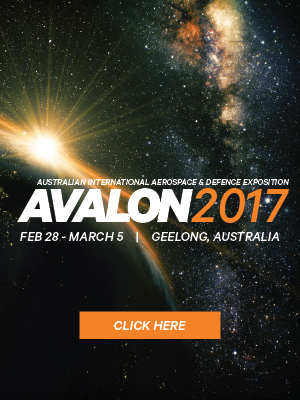 The world of simulation and training is constantly evolving, which makes insights we capture from our featured thought leaders invaluable to Modern Military Training and our readers. In recognition of these crucial perspectives from various industry experts, we have started our Faces of Training series, featuring interviews with seasoned industry veterans about how the industry is growing, and advice for those that are entering the field.

This month, we sat down with recently retired Gene Colabatistto, former President, Defense and Security at CAE. Colabatistto has nearly 30 years of industry experience in addition to his 16 years of service in the U.S. Marine Corps. In his experience across the entire ecosystem of defense, he’s found that today’s militaries and government cannot exist without their industry counterparts. “A strong relationship between all three is imperative to really affect change and push the defense community forward,” he stated.

During his years in the defense industry, Colabatistto has seen a complex relationship between the government and private sector and how bureaucracy, at times, stunted the technological growth and innovation in the field. Yet, as the defense community evolves, this has also shifted. “For as large and mature as the defense community already was, it has really matured over the last 20 years with regards to procurement practices and the demand for tighter technology loops,” he explained. “Due to the changing threat landscape and increasing peer and near-peer adversaries, the urgency to develop the right technology quickly has returned in full force.”

Looking forward, Colabatistto is excited about the increasing levels of collaboration he’s seeing on a global scale. “The threat environment and the way defense is reacting is unlike what I’ve seen before,” he stated. “The level at which partner nations are cooperating, not just in operations but in developing architectures and even systems, is probably unparalleled compared to what we’ve seen in the past.”

He also believes there is great potential for modeling and simulation technology to continue enriching military training programs in addition to supporting operational decision-making. He explained that “everyone pretty much accepts the fact that modeling and simulation is not only an advantage, but a necessity when it comes to today’s training programs. This generation of military leaders acknowledges that integrated LVC is the way to go.” He attributes this attitude shift in part to the growing influence of tech natives as decision makers now, indicating that there is more market pull now than ever for integrated LVC solutions.

Speaking to other impactful technologies in the future of training, Colabatistto elaborated on adaptive learning and how big data is being leveraged to optimize training programs. “What we do in training is driven by the mission requirements, not the technology; the technology is simply a tool set,” he said. “All we’re trying to do is find the most optimal way to mix these assets to create the right training program for the desired outcome.” He went on to explain the importance of adaptive training for retention and efficacy, noting that adaptive training accommodates the fact that not everyone learns in the same way and it pivots the focus to the training outcome instead of the training process.

Over the years, with so many changes occurring in the industry, Colabatistto hopes to see more newcomers enter the field. For those that are considering the field, he insisted that in order to become a better partner in the business, you must be genuinely interested in defense and strive to become an expert in it – not just in the technology, but in how the whole ecosystem operates. “Folks join the community because they are interested in defense and national security, but they have to understand that it’s a business. You need to understand how industry sells and how government buys and find a way to make innovation a focal point. If we don’t continue building an industry that’s robust and resilient, that could present bigger problems for national security.”

Interested in being included in our Faces of Training series? Reach out to our editorial team at editors@modernmilitarytraining.com.