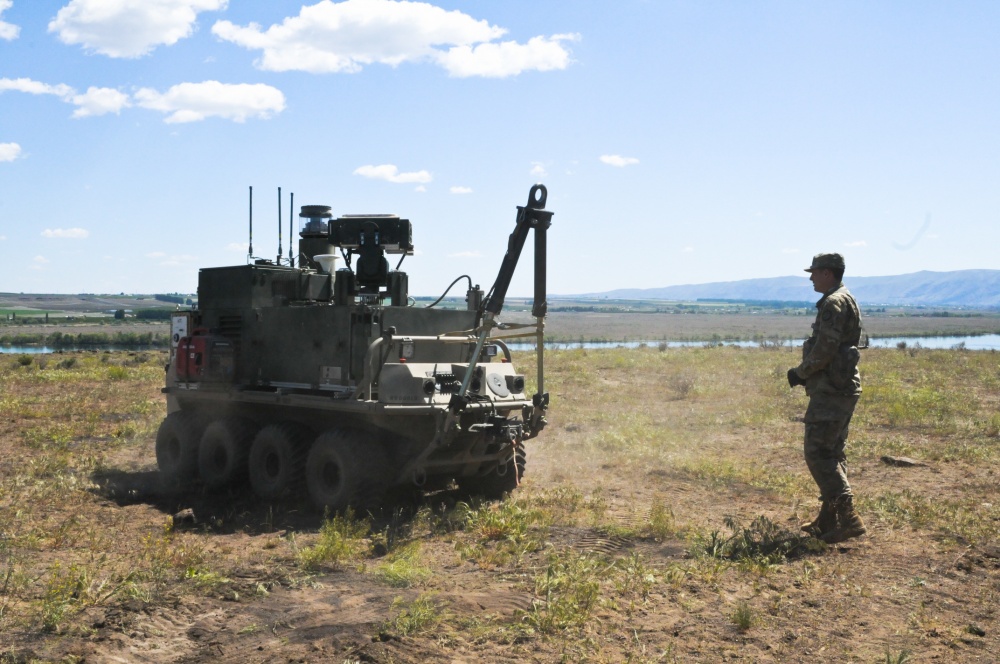 Even as Congress strips funding from the Army effort to replace the Bradley Infantry Fighting Vehicle, developments arising from the recent passage of the $738 billion spending package, the National Defense Authorization Act of 2020 (NDAA), propel modernization efforts for the Next Generation Combat Vehicle forward, especially when it comes to robotic combat vehicles.

This shift in NDAA funding underlines how pressing a priority the development of the next generation of combat vehicles is to the Army’s mission. Within this effort, it bears noting how network technology is key to this modernization effort, especially when it comes to autonomous and robotic combat vehicles (RCVs).

It is also something emphasized by the leaders tasked with making this a reality.

Just a few months back at AUSA,  Jeff Langhout, the Director of the Army’s Ground Vehicle Systems Center in the Combat Capabilities Development Command noted the challenge of the network. “I still think that one of the greatest challenges that we’re going to have [with next-generation combat vehicles] is the network,” he said. “On the ground, when you have robots wanting to talk to other robots talking to [other] ground vehicles, and you go behind a hill, you go behind a rock, you go down in a gully, or you’re in a city and you go around the corner of a building…and you’re trying to pass full motion video, this is a big technological challenge.”

However, the benefit to the warfighter, should these challenges be overcome, are substantial. The director of the Army’s Next Generation Combat Vehicle Cross-Functional Team, Brigadier General Ross Coffman, believes effectively connecting robotic combat vehicles to other platforms—manned and unmanned—could provide the warfighter with an increased line of sight and awareness of what is happening further afield in the battlespace. According to Brig. Gen. Coffman, that would “push these robots out as far as possible so that they get into the riskiest places on Earth and the soldier doesn’t have to.”

Fortunately, while the challenges that Mr. Langhout laid out for future robotic combat vehicles are considerable, the industry is actively taking steps to address them.

“As early as 2011, we were working with DARPA to stress test our autonomous technology, and we demonstrated that we could land aircraft autonomously even with heavy simulated battle damage and in-flight failure,” Preston Johnson of Collins Aerospace noted in a recent article on The Modern Battlespace. He also discussed bringing learnings from implementing airborne unmanned solutions to bear on ground vehicles.

And so, as funding for the next-generation manned and unmanned combat vehicles continues, efforts to strengthen that crucial network connection of these platforms to all other elements of a joint all-domain battlespace can only continue to be an Army priority.

To learn more about what the Next Generation Combat Vehicle will need on the future battlefield, click here.