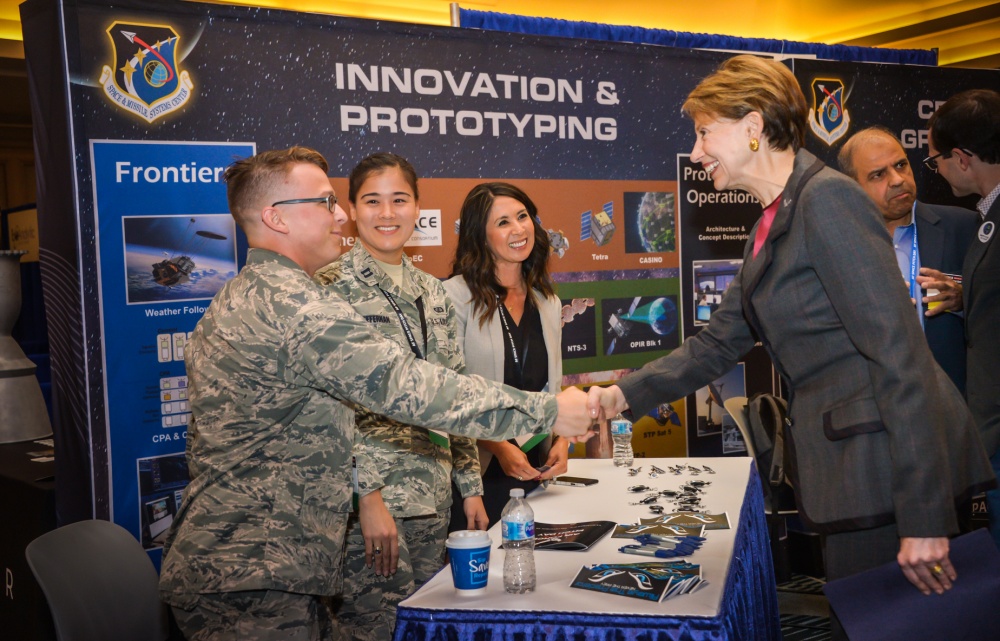 With so many factors that are pushing the envelope of what is possible with military communications and network technologies, it should be no surprise that the Department of Defense is doing what it can to step up the tempo of the military acquisitions process and, in the long term, assure our warfighters of a technical overmatch, even against innovative, peer and near-peer competitors.

This week, the Modern Battlespace has pulled together some of the recent efforts that are indicative of how the military is finding ways to accelerate procurement and bring new, cutting edge, and multidomain operation-ready solutions to the warfighter faster than ever.

Already, the newest branch of the armed services is working on building an acquisitions process that can more quickly test and field innovative solutions, even from nontraditional vendors, faster than traditional acquisitions.

Not even two months into its official operation as the sixth branch of the U.S. military, the United States Space Force will already be hosting its first pitch day on March 4th to address nine different problem areas ranging from the ability to send audio/video feeds on Space Force enterprise networks to an enhanced ability to monitor weather related to spacelift operations.

At principle issue here is the Space Force’s use of its Commercial Solutions Opening (CSO) authority, an iterative, four-phase acquisition process very similar to an Other Transaction Authority (OTA).

At a recent industry conference, Colonel Philip Carpenter, senior materiel leader of the Air Force Life Cycle Management Center’s Simulator Program Office, touted the value of the industry pitch days that he and his office have participated in.

In fact, forecasting how the Simulator Program Office will handle the forecasted growth in Air Force simulator inventory over the next ten years, the Colonel made sure to stress to his industry partners that these kinds of pitch days, where it might be possible for a vendor to present a solution and leave with a contract in hand on the same day, are only going to happen more often going forward.

At an event at the Center for Strategic and International Studies and covered by FedScoop, the vice chairman of the Joint Chiefs of Staff, Gen. John Hyten proclaimed that one of his top priorities as the second highest officer in the U.S. military is to “re-inject ‘speed’ into the requirements and acquisition process.”

The current process, which runs through the Joint Requirements Oversight Council—a body that advises military leadership on requirements for military acquisitions—“is an industrial age model, not an information age model,” Gen. Hyten said.

In light of how quickly peer nation states are innovating, working strategically with their own industry partners and indeed, even moving faster than the U.S military, getting solutions to the warfighter that help maintain our military’s technological dominance is of paramount importance.

Putting a fine point on his argument, Gen. Hyten noted that “when you look at our competitors, one thing they have in common is they are moving very, very fast.”

As the Department of Defense finds these new ways to move solutions and platforms through development faster, Congress has also begun to weigh in on how it has gone about those processes so far.

Namely, the 2020 National Defense Authorization Act (NDAA) gives the DoD more leeway as it tries to figure out a new way to handle intellectual property so that the military can use technical solutions that work off of commercial IP, instead of building a similar solution, using military-exclusive IP, from the ground up.

However, in the same package, Congress also expressed growing concern over these faster processes.  While it is true that these middle-tier acquisition programs do allow for rapid prototyping, the legislature wants to see more consistent oversight of these acquisition schemes and measurement of how these programs are performing.

According to a June Government Accountability Office report, “Without consistent oversight, DoD is not well positioned to ensure that these programs—some of which are multibillion dollar acquisitions—are likely to meet expectations for delivering prototypes or capability to the warfighter quickly.”