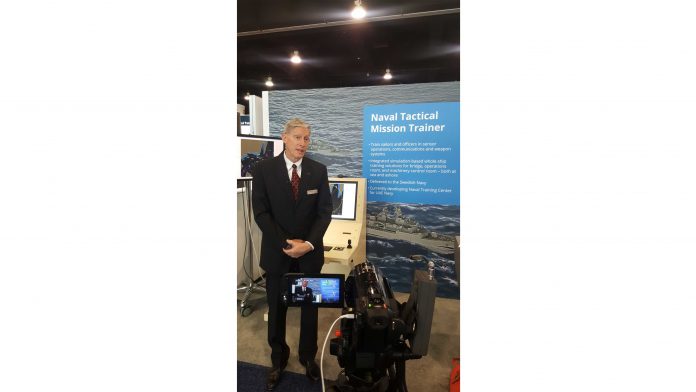 U.S. military services are working together to prepare for the future battle in a unified, integrated manner. To be successful, this requires a Joint All-Domain Command and Control (JADC2) network to ensure synchronization across land, air, sea, space, and cyber, as well as joint training across all branches. In testing out these new methods, the Air Force, Navy, and Army conducted an exercise of the Advanced Battle Management System (ABMS) and look forward to more progress in the spring.

ABMS is a family of platforms that incorporates a mix of manned and unmanned aircraft, space-based technologies, and data links. The system is at the core of JADC2, which military leaders say will allow U.S. forces from all services, in addition to allies, to conduct military operations across every domain. ABMS receives and analyzes data from all domains for real-time decision making and action. This requires software and algorithms so that artificial intelligence and machine learning can connect the vast amounts of data from sensors and other sources with speed and accuracy.

The December exercise, according to Will Roper, the Air Force’s Assistant Secretary for Acquisition, was a success, demonstrating some functionality for nearly all requested capabilities. It also showed promise for fifth-generation fighter communications. The AC-130 gunship also was able to pass data through a constellation of small commercial internet satellites. The demonstration showcased cloud-based applications for command and control. While 26 of the 28 requirements showed promise, the goal for the next demonstration, expected to happen in April 2020, is to be more aggressive.

“The goal is to move quickly and deliver quickly. We want to show it can be done and then we want to push ourselves to continually enhance and expand our capability,” said Preston Dunlap, the Air Force’s chief architect charged with overseeing ABMS. The intent, he said, is to move faster than before to conceive, build, and test new technologies and strategies despite complexity or technical challenges.

While the technology is critical, JADC2 demands a cultural change among the services. The ability to train with this emerging capability will be a key aspect in play as service men and women prepare for a new battlespace.

According to Alicia Datzman at Collins Aerospace, “Training the warfighter to fight in this new reality with information coming from all domains, requires a robust, realistic, and secure solution.” The technologies being introduced on the battlefield of the future will require the connected soldier to navigate an onslaught of information, while still making real-time decisions. As such, Datzman says it will be critical to deploy “training connections that are open and secure enough to rapidly evolve and provide the warfighter with the digital foundation necessary to prepare for whatever the all-domain battle will hold.”