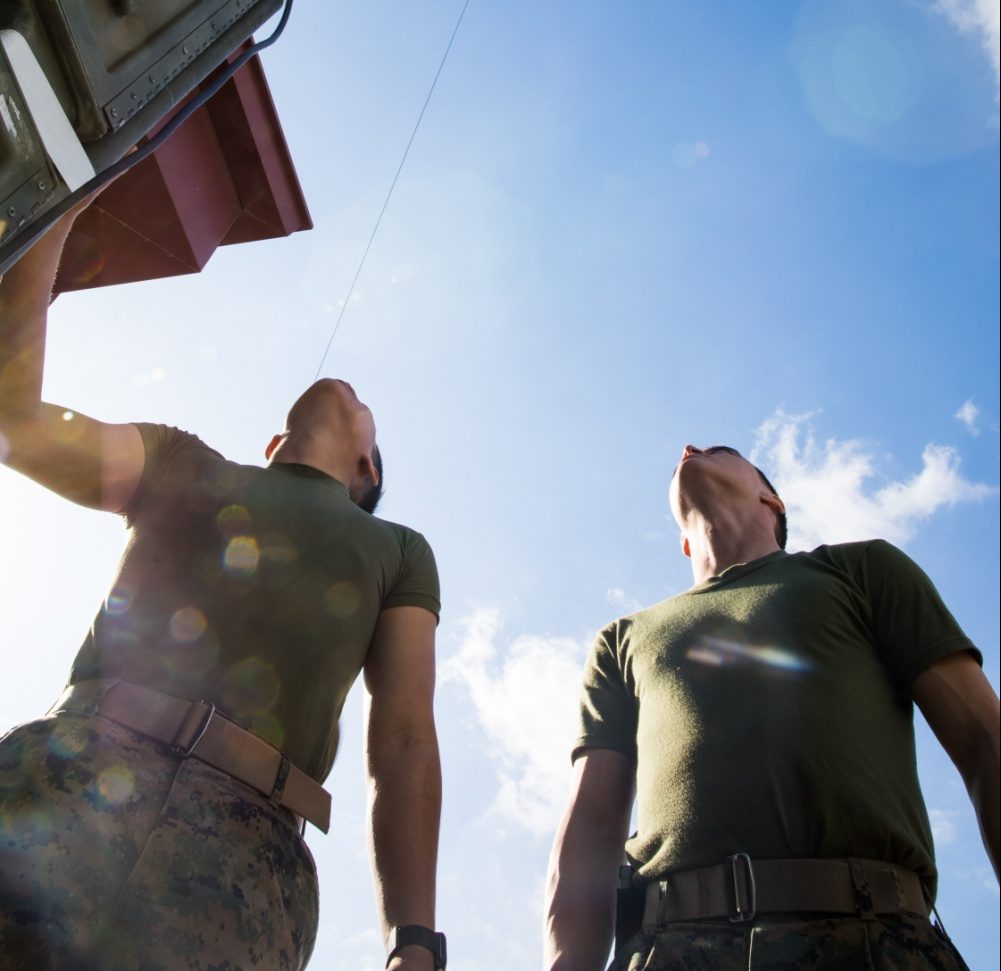 Dead spots of communications on the modern battlefield are a nightmare for the warfighter, whether on the ground or in the air. In a global scenario, communications need to be reliable, survivable, and resilient. In many cases, the modernization of the communication relies heavily on satellite communications, and high frequency (HF) radios, which have been used since the 1930s, have taken the back seat. But HF radios are making a comeback with new, modernized HF filling a growing need by eliminating dead zones.

As the military works towards Joint All Domain Command and Control (JADC2), advanced long-distance communications is critical. While SATCOM has been relied upon across the battlefield, there are many vulnerabilities that remain a concern for military leaders. From vulnerabilities such as malicious attacks to overtaxing the systems to solar mass ejection, there is the looming threat of low priority denial of service. So much so that the U.S. military is working with industry to determine what a day without space looks like. In remote and contested environments, it is clear that an alternative is needed.

This is where experts see HF radios making a comeback. New advancements in HF radio and digital signal processing technology for terrestrial-based, long-range communications offers a cost-effective alternative to SATCOM.

In fact, in some remote parts of the world where countries don’t have their own satellite constellation or in the jungle like the Amazon and across oceans, HF has always been the long-distance mode of communications because satellite coverage isn’t available or wouldn’t work well – think about the high tree canopy and tropical storms as additional challenge for SATCOM – according to Jairo Soterio, Business Development Director for Americas at Collins Aerospace. Military Naval communications, for example, is nearly always beyond line-of-sight and needs a reliable communications link for command and control. “The SATCOM pipes are not large enough to handle the communications needs of everyday civilian use plus military applications, especially during times of disaster,” Soterio told us. “At these times, HF is an established BLOS capability and provides an effective way to communicate, and the new technologies turns it easier to operate and with higher throughput and resiliency than before.”

So how are HF radios making a comeback?

“Today there is much more demand for data,” Ron Broden, Business Development Manager for Tactical Airborne Communications at Collins Aerospace, told us in a recent interview. “This demand to transfer large amounts of data, especially for beyond line-of-sight communications, is taxing on a communications system.” New HF technology enables higher speed data transfer with data-driven applications that are an augmentation to other systems in place, Broden explained.

The USAF is already upgrading aircraft with HF radios for the primary mission of reconnaissance; the ability to securely transfer command and control data in real-time over HF radios for clear voice communications beyond line-of-sight is imperative.

This move from analog voice to digital voice has been one of the biggest advances of HF over the past few years. “Think about it like an AM radio station versus a FM radio station,” said Broden. “The difference in clarity is dramatic.”

Another benefit of the latest technologies for HF radios is the use of wideband HF, which transmits data on wider channels, using a bigger piece of the spectrum, Broden explains. It allows for high speed data transfers. “It’s like going from a dial-up modem to broadband, which is critical for command and control data,” Broden said.

Finally, Broden points out new processing capabilities in modernize HF that enable more complex waveforms and resilient links for clandestine operations. These links are less likely to be disruptive and ensure that data is able to get through. Broden expects these capabilities to continue to evolve in the future.

In the future of battlefield communications, where Joint All-Domain Command and Control will be at the core of the Joint Fight, experts from both military and industry will be working on creating a broader integrated network – HF, cellular, SATCOM – with intelligent technology that enables data to get to its destination more effectively, regardless of its route. “In point-to-point communications, it is hard because you have to hit a bullseye, but if you create a larger network that integrates HF sites, you broaden your network and hitting the bullseye becomes a lot easier,” Soterio concluded.