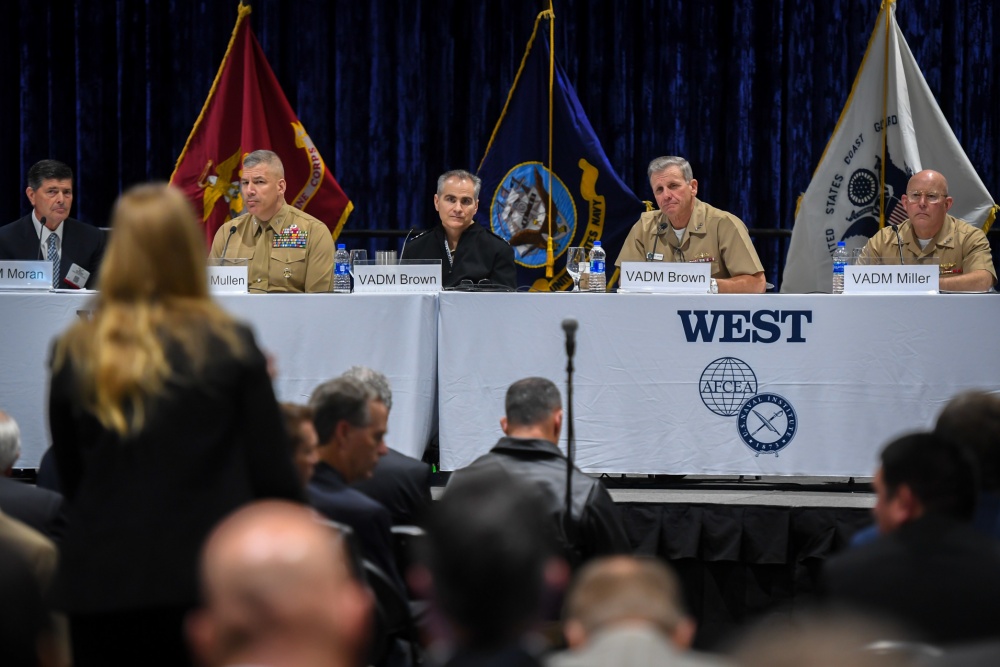 WEST 2020, AFCEA’s annual West Coast naval exposition, reaffirmed the military-wide push to fight in an integrated way across multiple—and increasingly connected—domains of warfighting, and an increased pace of modernization that puts those advanced capabilities in front of the warfighter as soon as possible.

But the conference also served to highlight just how far the sea services have to go to meet their modernization goals. Or, indeed, if they’re missing the boat in crucial areas like implementing AI, or perhaps doing so because the pace of innovation is outstripping the pace of the acquisitions process.

In order to catch you up on the goings-on at WEST 2020, the Modern Battlespace team has compiled a snapshot of how the Navy and Marine Corps leaders that were present are thinking about the future of all domain operations as they look towards potential great power competition.

All Domain Operations Critical to Expeditionary Warfare in the “Grey Zone”

Expeditionary warfare today requires operating in the grey zone of conflict, dealing with military threats from peer and near-peer adversaries that do not rise to the level of provoking a conventional military response.

Oftentimes, those threats come by way of multiple domains, be it cyberwarfare, signals jamming, or anything else on the electromagnetic spectrum.

And critically, when they do compete in a domain, no matter when or how often, they need to “put adversaries on their heels in that domain,” LTG Osterman added. 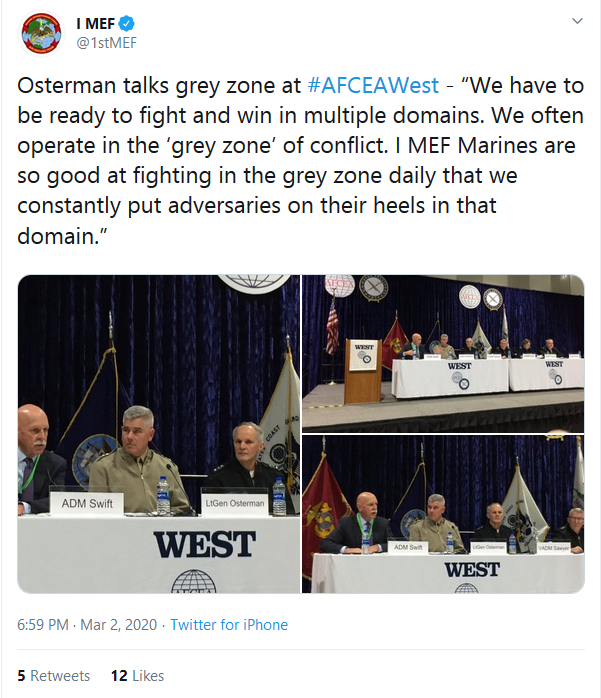 As the Marine Corps moves away from a decade of land warfare in Iraq and Afghanistan, the Corps will need to more closely integrate their forces with the Navy. This is because the missions that they undertake in a dawning age of potential great power competition may see them operating more frequently as amphibious Marine expeditionary units.

By the very nature of teaming Navy and Marine resources, amphibious operations inherently require a deep degree of interoperability between their networks.

However, as Brig. Gen. Arthur J. Pasagian, commander of Marine Corps Systems Command pointed out, interoperating between the maritime services is not enough.

“Once ashore, we have an inescapable need to interoperate with the U.S. Army,” he said during a panel discussion.

With the Navy taking steps to connect the warfighter to an ever richer data network, one concern that has arisen is whether or not the Navy has invested enough in artificial intelligence.

“It is worth noting that our peer adversaries are galloping ahead with AI and machine learning investments,” Capt. George Galdorisi, USN (Ret.), director, Strategic Assessments and Technical Futures, Naval Information Warfare Center (NIWC), Pacific, noted as he moderated an expert panel on the subject.

“Big Navy is still sorting through how it will get organized for AI,” he continued, with other panelists calling out human-machine teaming as a particular area that requires further development.

“AI is here,” Dr. Jamie Lukos of branch head, Intelligent Sensing, Naval Information Warfare Center, Pacific, concluded, summing up the urgency of this need.  “It isn’t if we are ready, it’s that we need to be ready.” 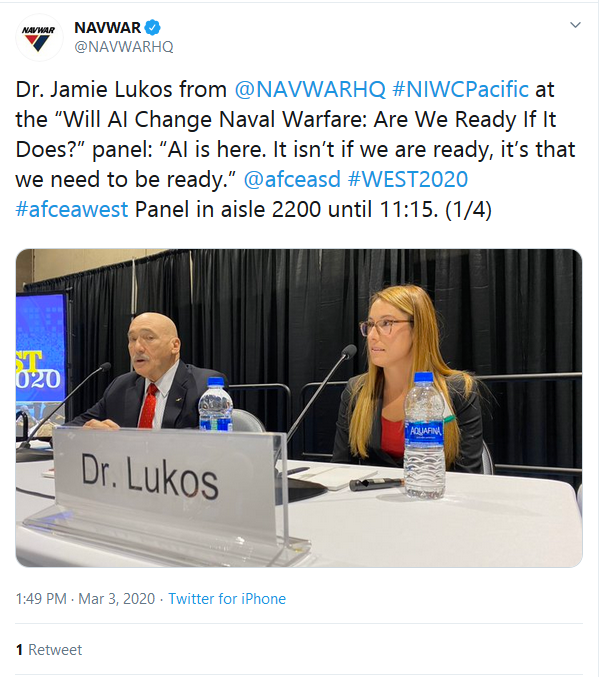