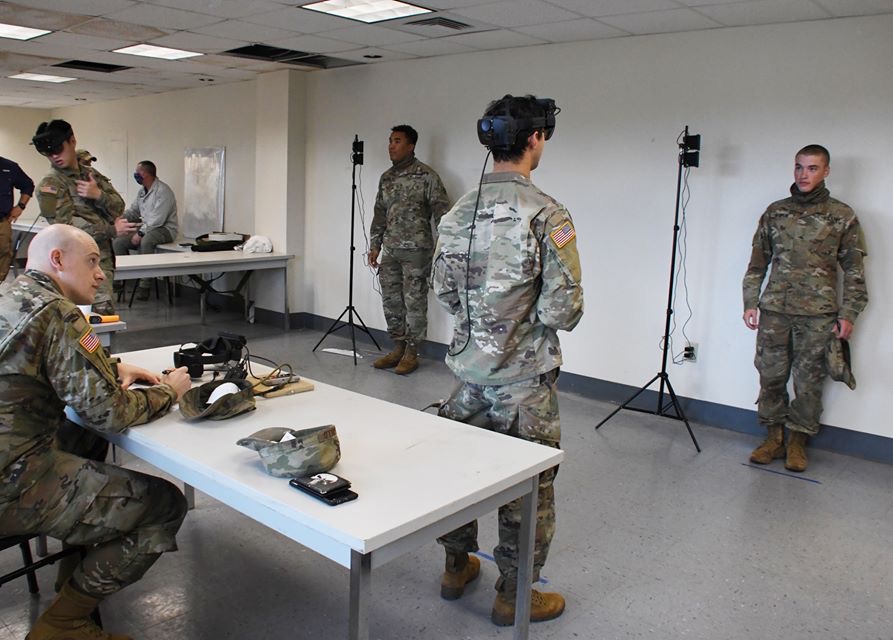 As the military continues to grapple with the COVID-19 pandemic, its efforts to develop groundbreaking technologies like the Integrated Visual Augmentation System (IVAS) are paying unexpected dividends.

According to a release from the Army’s Soldier Lethality Cross Functional Team (SL-CFT), whose “signature modernization effort” is the IVAS program, these headsets are being used to take the temperatures of hundreds of Soldiers in mere seconds using the devices’ heat sensors and heads-up display (HUD).

Using these devices, Bridgett Siter, SL-CFT’s Communications Director noted, is safer and more economical than conventional practices because it eliminates close contact and the cost of thermometers.

Originally designed to put real-time, useable data from multiple domains in front of the Army’s close combat force, the devices were designed to increase a soldier’s lethality, and his or her survivability.

And given the amount of capability that is built into IVAS, perhaps it is less surprising that—with slight software tweaks—its capabilities could help in the current crisis.

With the ability to screen and clear as many as 300 soldiers every 30 minutes, this application of IVAS headsets has clear implications for the Army’s ability to maintain force readiness, especially if it is deployed widely across the service’s facilities. By being able to quickly assess Soldiers for a key COVID-19 symptom, it helps the Army slow the spread of the virus among personnel and allows them to carry out missions critical to our national security.

“While we’re maintaining momentum in pursuit of modernization, we have to keep in mind that readiness today is critical,” and “that’s the genius of this system; we can use this technology today to fight the virus, even as we shape it into the combat system our Soldiers need tomorrow,” said Brig. Gen. Tony Potts, the head of PEO Soldier.