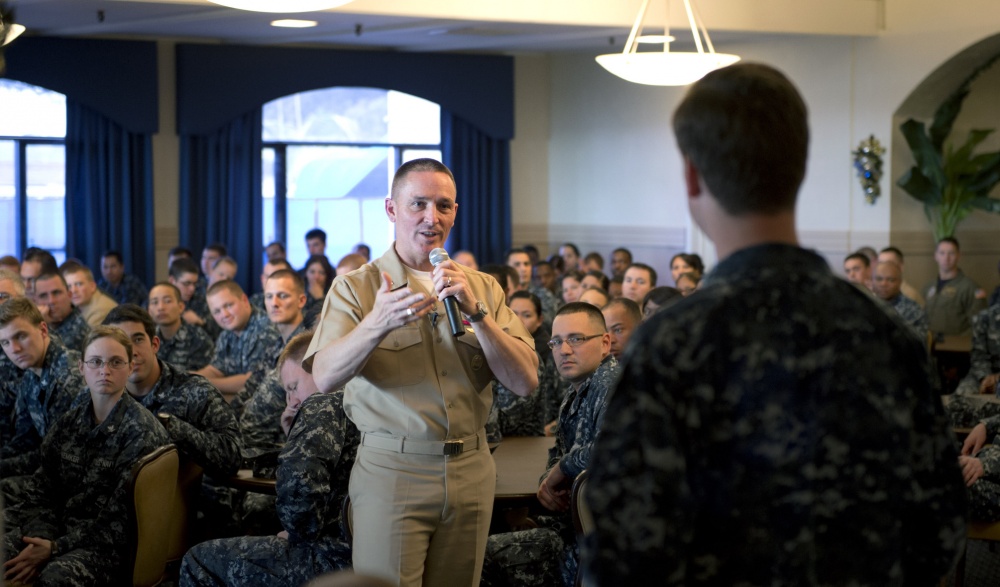 In order to be an effective soldier, sailor, marine, or airman, training needs to encompass continuous learning in a wide range of skills over the course of one’s military career.

While many of these skills are technical in nature, it is also true that the military requires an impressive set of soft skills from their personnel, not the least of which are the leadership skills necessary to effectively lead and manage their fellow servicemembers.

This was, in fact, a big reason why Mike Stevens, the 13th Master Chief Petty Officer of the Navy (MCPON) and current National Executive Director of the Navy League of the United States, joined the service in which he would spend the next 30 years.

“I felt a call to serve in the military since I was a young child,” he told us in a recent interview for Military Appreciation Month.

Alongside that calling, MCPON Stevens knew that serving would give him technical proficiencies that would last a lifetime and, he said, “the Navy could provide me the opportunity to better develop myself as a leader.”

And certainly, MCPON Stevens is an exceptional example of how the Navy gives its sailors the opportunity to learn and lead.

As the most senior enlisted member of the Navy and a senior advisor to the Chiefs of Naval Operations and Naval Personnel, MCPON Stevens spent four years representing the interests of thousands of his fellow sailors at the highest level of the Navy.  During his tenure, he was a driving force for improving the experience of his fellow sailors, including efforts to professionalize the service and expand leadership training for senior enlisted members.

Moreover, MCPON Stevens has been able to take what he learned as a Navy leader and translate it  into an impactful civilian career.

“Without question, 98 percent of what I learned about  leadership and people in the Navy was immediately transferable,” he told us, and “the learned ability to acquire and apply knowledge at a rapid pace is something the Navy instilled in me from day one, and I use this daily in my civilian profession.”

And in this profession, as the national executive director of the 37,000-member strong Navy League, MCPON Stevens continues to lead the Navy community and the defense community at large.  Under his leadership, the Navy League provides programs for sea service personnel and their families and a forum for the services and their industry partners to come together and innovate in service of tomorrow’s naval warfighter.

The Navy, MCPON Stevens told us, “took me on a life’s journey that I could never have imagined.”

However, he also looks to the future of where the maritime services need to go to prepare for the next generation fight.  “The innovation that will be required to maintain superiority will grow exponentially. We will need to recruit and retain people who can operate at the highest levels in this modern and complex environment. Certainly, our ability to maintain superiority in the cyber and space domains will require the most immediate response.”

To learn more about the MCPON Stevens and The Navy League, click HERE.