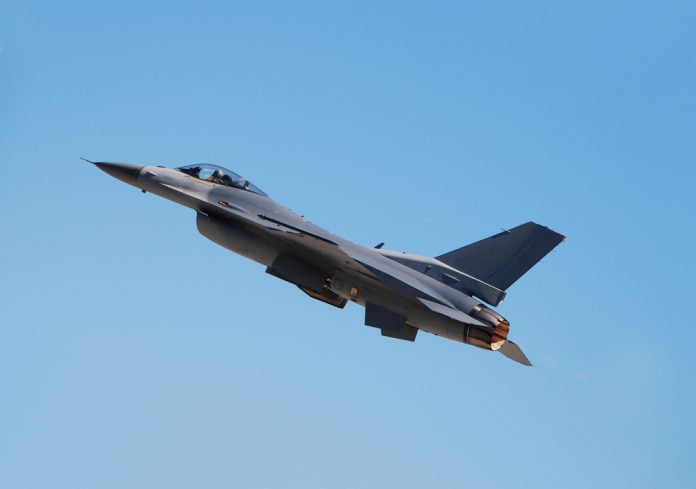 During Military Appreciation Month, our editorial team is speaking with military heroes who have served our country and continue to support the military in their current efforts. These stories highlight why they served, memorable moments they carry, along with lessons learned and a vision for the future of military training.

Recently, we connected with Nathan “Lothar” Hill, retired U.S. Air Force Colonel, who either provided training or was a trainee throughout his entire active duty career. As he reflected on his active duty career, Lothar felt that training, whether live or virtual, prepared him for what could have been a life-threatening F-16 ejection and many other experiences. He has gone on to focus on training in his current career, where he provides training and instruction while he operates the F-35 Full Mission Simulators for 122 Active Duty and Air Force Reserve pilots assigned to Hill Air Force Base. These pilots use simulators, “to train for almost every contingency they could encounter in the aircraft including ground operations, takeoffs and landings, instrument flying, emergency procedures, air-to-air operations, air-to-surface operations, air refueling,” and much more Lothar told us.

We talked to Lothar about his experience ejecting from his aircraft and about the importance of training for these types of situations. Here is what he had to say:

Modern Military Training (MMT) Editors: As you look back at your time in service, what was one of the memorable experiences that stands out for you?

The experience of ejecting from an F-16 on an ACES seat was both intense and memorable. While it was happening, it was simultaneously an adrenaline rush and a “normal event” that I was trained to handle professionally and calmly. It also impacted the rest of my life. I learned from it, I grew from it, and I have been able to share the story with so many people inside and outside the military.

The story of my ejection unfolded in August of 1995. My family and I were returning from a vacation and we were driving through a desolate part of Arizona. I looked out the window and saw some gnarly cactuses and large boulders highlighting a very rugged landscape. I told my wife, “I would hate to eject right there.” Two days later, I landed under my parachute about 50 miles from that location.

I do consider myself very fortunate, because I don’t think I could have chosen a better time or place to eject. I also don’t believe I could have been any better trained than I was for the situation. There was no way I could glide to a nearby runway and there was no way the motor was going to restart, so the only decision was an ejection decision.

I was in a formation with experienced pilots, making our in-flight coordination easy and effective. I was the number two aircraft in a three-ship formation. We had just begun our second set of 2 v 1 defensive air combat. Halfway through our break turn, with the number three pilot acting as a bandit at our six o’clock position, my motor quit running. We were flying at approximately 18,000 feet. There was no more thrust and the aircraft was shuttering as if I were driving down a bumpy gravel road. I called a “knock it off,” then told the other members of the flight that my motor had failed. The “bandit”, who was already moving towards me, said very calmly over the radio, “You have flames coming out your tail pipe.” I thought that was a perfect radio call, because I now knew something very bad was happening, but since the flames were only in the tail pipe, there was no reason for me to immediately panic or eject. The aircraft was not likely to explode.

At this point, the flight lead appropriately took charge of the situation. He told the bandit to climb high so he could achieve “radio line of sight” back to the base and talk to the supervisor of flying. He then flew to a chase position on me to help me with the emergency and to better assess the situation. We talked about the emergency indications and I tried some engine restarts, which obviously didn’t work. I noticed a gravel road going towards Luke Air Force Base, so I stayed over it as we further assessed the situation. I glided until I was close to 2,000 feet above the ground, which is the minimum recommended ejection altitude for a controlled situation. I was now relying on emergency backup power; I no longer had the ability to see what the wind direction and wind speed were. I also lost my radar altimeter. The flight lead gave me the winds and our height above ground.

Prior to ejecting, I looked over my shoulder and thought the flight lead was a little bit too close. I did not want to get speared by his aircraft once I ejected and immediately slowed to 0 knots. So, I asked him to move further away, which he did. I then pulled the nose of the aircraft up in order to establish a positive rate of climb. Then, in case these would be my last words, I said into the microphone that was recording the mission, “to God be the glory.” I then pulled ejection handle.

Everything happened very quickly at this point. I wished I had temporal distortion and that I would have remembered every tenth of a second, but instead, the last thing I saw before my eyes involuntarily shut were the flames from the canopy being blown off the aircraft. Right after that, the parachute opened and abruptly slowed me down from 200 knots to 0 knots. I immediately went through the post injection checklist that all pilots commit to memory. Everything worked as advertised thanks to the outstanding work of the young airman in the Egress and Parachute Shops at Luke Air Force Base.

I landed about 50 yards north of the gravel road. My only injuries, if you could even call them injuries, were bruises on my legs and shoulders from the opening shock of the parachute and a small abrasion on my neck from the parachute attachment lines. One week later, I was flying again.

For me, it was not scary or intimidating to fly again; but I certainly looked at that ejection handle differently. And I also analyzed the terrain below me more often than I had in the past.

I continue to be grateful that the U.S. military trains its members so well and prepares them for almost any contingency. I am also grateful for the many men and women inside and outside the military who have the professionalism to manufacture and maintain both our real-world and training equipment so that it works as it should when it is needed most.

There have been many notable experiences over my career, but this one stands out.

MMT Editors: Mission readiness is key to today’s integrated battle. How do you see this evolving and what technologies do you see having the biggest impact?

In my earlier years, mission readiness for Air Force pilots was all about live flying. I firmly believe we need to continue training in real aircraft. This training is not just for the pilots, but also to continue to exercise, provide manning, and fund the entire support system required when we need to employ our aircraft 24 hours/day, every day in combat. That said, I believe that the greatest step we can take to provide the highest level of mission readiness will be the ability to fully and completely merge the Live, Virtual and Constructive (LVC) environments and train in full LVC multiple times each month. Our simulators have evolved in incredible ways in the last 30 years. High definition visuals did not exist in the past and are now taken for granted. Computer-generated (or constructive) entities have become more realistic in the way they look and act.

Right now, we can provide excellent “blocking and tackling” training in our simulators and our aircraft. We can even go a step further and provide robust, nearly realistic combat training with multiple computer-generated/constructed entities in the simulator. We can even join multiple simulators from throughout the world into large-force employment exercises. However, aside from RED FLAG-level exercises, we lack the ability to truly train for complex, near-peer wartime scenarios.

Achieving affordable and secure technology that will allow pilots flying live aircraft to fly with and/or against pilots flying simulators while simultaneously flooding all cockpits with constructive entities will, in my opinion, provide the best “scrimmage game” we could ever achieve.

MMT Editors: At this point in your career, what do you find the most rewarding?

As I prepared for this interview, it dawned on me that throughout my entire career, in literally every assignment, I was either providing training, or receiving training. There was usually a grade sheet involved, but even when there wasn’t, there was always a debrief to assess the sortie and figure out how to improve for the next one.

The ultimate goal of the training was to be prepared for two things: winning wars by preparing for combat and flying smart and safe in peacetime. Now, as a Contract Instructor Pilot I find it most rewarding when I can help our current pilots achieve those things.

It is very motivating when a pilot tells me, “Remember that emergency procedure we practiced last week? Well that exact thing happened to me in the aircraft this week, and thanks to that training, I handled it right and came home safely.”

It is equally rewarding to design scenarios and train the pilots for specific situations you know they are about encounter on their next deployment. This is especially true in the F-35 since it is such a new aircraft. The squadrons do not have pilots who can say, “been there, done that.” So, they must do the next best thing and experience it in the simulator. That way, they can at least say, “Been there, done that virtually.”