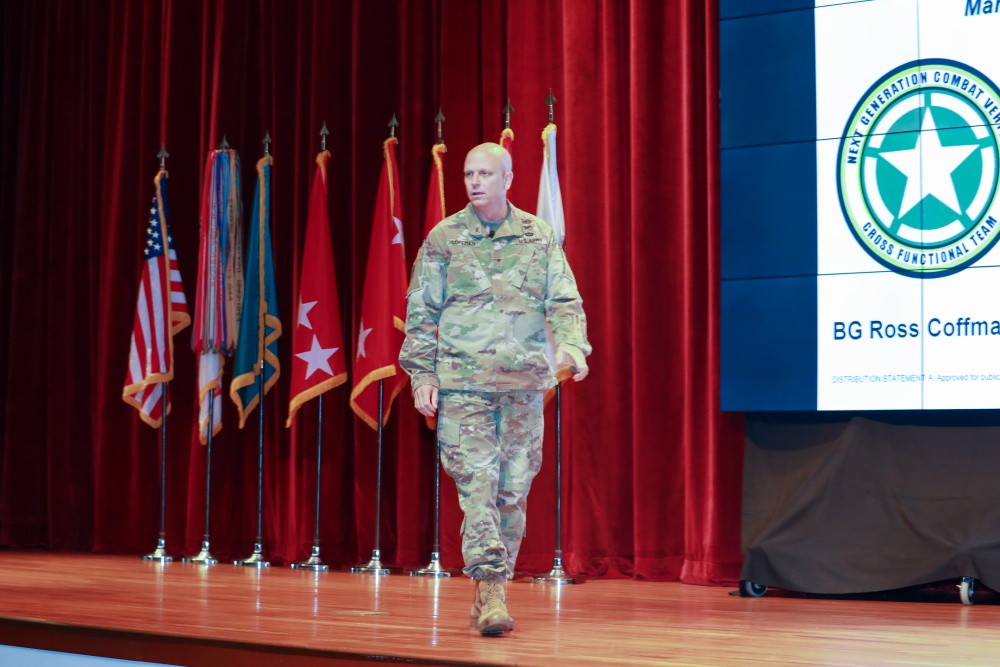 As the military pushes to deploy next-generation capabilities and prepare for a more connected battlespace, Army Brigadier General Ross Coffman has to be considered in the vanguard of that charge.

BG Coffman, the director of Army Futures Command’s Next Generation Combat Vehicle Cross-Functional Team (NGCV CFT), is tasked with leading the effort to overhaul the service’s inventory of combat vehicles and putting in place platforms that could overmatch peer capabilities well into the future.

It is, in fact, the second highest of the Army’s top six modernization priorities.

However, with all of the high profile projects in his CFT’s portfolio, be it the Optionally Manned Fighting Vehicle (OMFV) that is to replace the M2 Bradley, the array of robotic combat vehicles (RCVs) with which the Army is experimenting, or any of several other projects that demand attention, BG Coffman and his team stick to a simple principle.

“We care about our people,” BG Coffman told us in a recent interview for Military Appreciation Month.  “The battalion I commanded has a motto, ‘Mission First Men Always.’  We’ve applied that motto here to read, ‘Mission First People Always.’

This approach stems in part from BG Coffman’s 30 plus years of military experience, which began with leading an armored cavalry platoon in combat during Operations Desert Storm and Desert Shield, and it has included five additional deployments to Haiti, Bosnia, Germany, and Iraq.

“My father and mother instilled in me a duty to serve our great nation, and I chose to become a Soldier because of the mission and experiences the Army offers.  But I remained a Soldier because of the people,” he told us. “My most memorable positive experiences are filled by the men and women that I fought alongside. My worst memories are when those men or women were injured or paid the ultimate sacrifice,” he continued.

Consonant with this and the “Mission First People Always” mantra, BG Coffman told us that it is technology that empowers commanders’ decision making that will make the biggest impact on the battlefield of tomorrow.

“The commander that can make decisions faster will win on the future battlefield,” he asserted.  “The technologies that allow commanders to apply combat power faster than the enemy will be the most valuable.”

Specifically, he continued, “we believe advances in artificial intelligence and machine learning will help future commanders collect and process sensory inputs from the battlefield, aggregate and analyze that data, and quickly provide recommendations to future commanders on how to apply their assets against the enemy force.”

“Developing leaders is the most important thing a Soldier can do,” BG Ross Coffman told us when asked what he finds most rewarding at this point in his career.  It is something that he has strove for throughout his time in the military and, by helping to develop the tools that will empower the next generation of military leaders, he is continuing to ensure that he and NGCV CFT continue to do so for years to come.