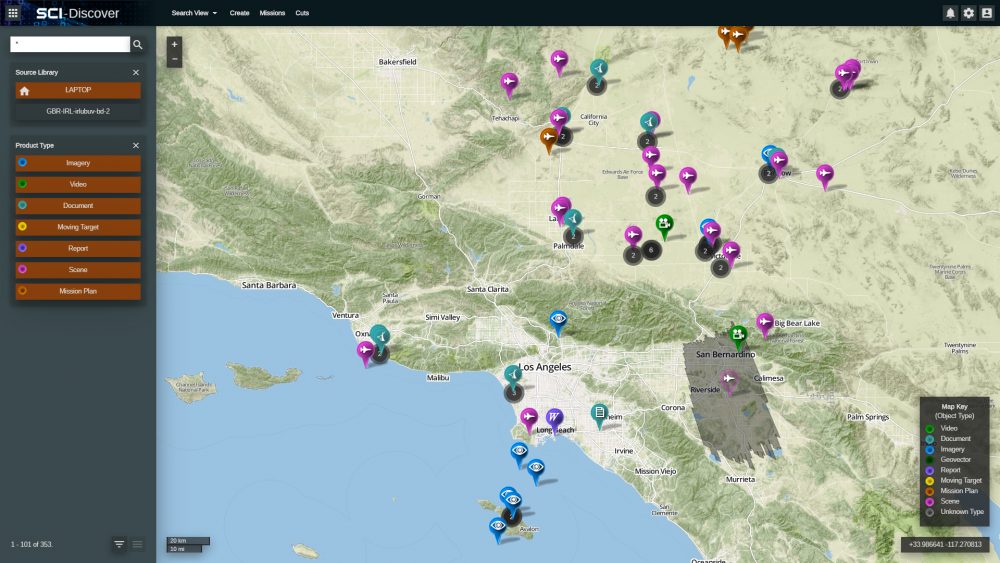 The concept of a data-driven battlespace is not a new one; defense agencies have been focused on capturing data and using it to inform strategic decisions in-theater for decades. What is changing is not only the sophistication level of that data, but also the sophistication level with which we and the adversary capture that data. The growth of sensor technology has a lot to do with this.

Great strides have been made in sensor technology in recent years and it has become a keystone part of multi-domain operations (MDO). In a recent conversation with Major General Maria Gervais, Synthetic Training Environment (STE) Cross Functional Team Director for the Army Futures Command, she pointed to the growing role of sensor technology in MDO. “If you just look at the underlying principal of multi-domain operations, everything is a sensor and everything will be a sensor in the future,” she explained. “And we will have ubiquitous sensing across the board. We’re already seeing it in so many different ways. So, the question is going to be how can you take what sensors are sensing and get that data managed and processed at either the edge or back to where it can be safely processed in order to accelerate a Commander’s decision making cycle and disseminate this decision to platform which will implement that decision – whether kinetic or non-kinetic.”

Collins Aerospace’s Director, International Business Development Dean Baxevanis and Andy Jeffrey OBE, Director Business Development, explained to The Modern Battlespace why more advanced nodes are important in this equation. With superior synchronization capabilities, they said, node software like what’s in the SCi-Toolset add value to battlespace data by allowing warfighters to capture data once and use that information as much as possible consistently across domains. This capability is particularly important as the battlespace becomes more contested and the threat from our adversaries increase, explained Jeffrey. He added, “SCi stands for ‘Simplifying Complex Information’ and that’s exactly what our toolset does.”

“We’ve spent 15+ years in Afghanistan where air forces were basically unopposed,” stated Jeffrey. “We’ve had freedom of movement and the proliferation of air platforms, most of which carry sensors, mean that now there is a lot more ISR data out there. Today, we need to think about how we move this data-rich environment more strategically into that peer-on-peer threat environment.” Moving towards a more unified data capture and management approach keeps all domains informed with the same information in real-time.

This increasingly complex threat environment gives rise to the adoption of technologies like AI to help more efficiently process captured data and avail more resources for data management and, where appropriate, human decision making, as opposed to data capture. There is also an emerging interest around sensors that function from higher altitudes and longer stand-off ranges, adding value to the use of UAVs, especially in high-threat areas, according to Baxevanis.

Shifts in platform structure are also an important trend Baxevanis is seeing, both domestically and internationally. “The advent of modularity and open architecture standards are going to be crucial to the pushing out of effective sensor technology on a larger number of platforms,” Baxevanis noted. “Doing so both rapidly and economically will be important, as will leveraging advancements in automation and AI that will add greater utility for the data that is ultimately being collected.”

That movement towards open architecture is something MG Gervais notices at the training level as well, with the standardization of data and data sources helping to create a more realistic training environment, and thus, a more lethal warfighter.

Ultimately, the need for increased speed of intel is the driving force behind more advanced sensor technology. Jeffrey predicts that in the next 10-20 years, sensors will be doing more of the heavy lifting when it comes to analysis and more discriminant and automated sensor technologies will emerge. “As the speed of missiles and other weapons increases, so too should the speed of our intel-based decision making that supports us neutralizing the modern threats against us. Incorporating modernized sensors in our MDO strategy is how we achieve that.”

You can learn more about the SCi-Toolset and how sensor technology is adapting for a more sophisticated battlespace here.