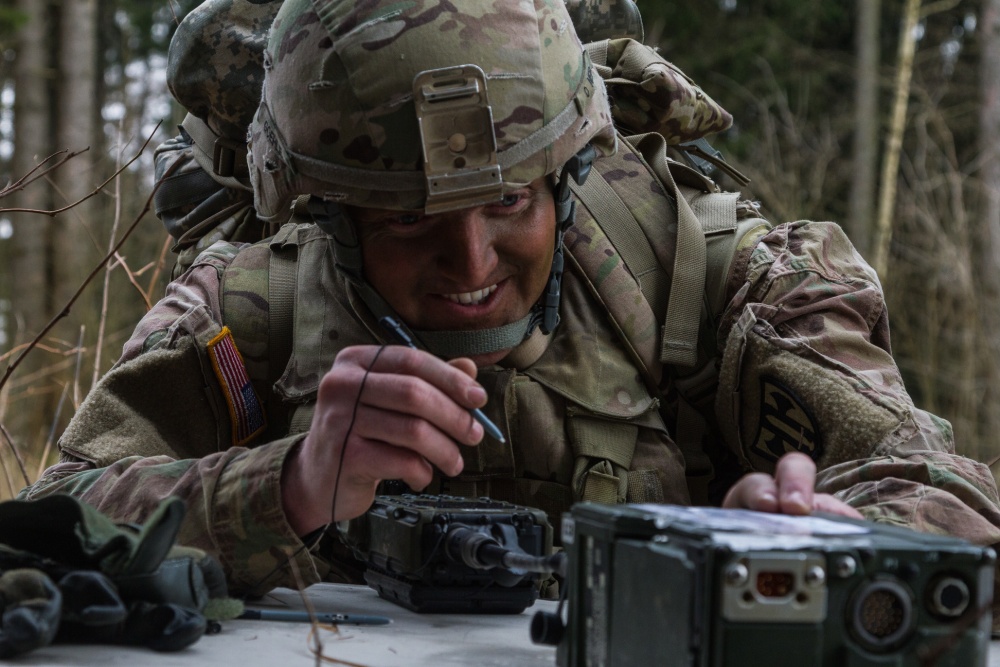 Software Defined Radios (SDRs) have been used for tactical communications for decades, yet SDRs continue to enable innovation in tactical waveforms. The premise of the SDR is to abstract the waveform as software so that the hardware of the SDR can be programmed to support many different waveforms – including critical legacy waveforms (such as SINCGARS), current and emerging waveforms, future waveforms, and future improvements to waveforms.

SDRs are different from radios that have the waveform implementation fixed in Application-Specific Integrated Circuit (ASIC) chips. In a radio architecture that uses ASIC chips for the waveform, waveform upgrades are not possible without changing hardware. Because of this distinction, SDRs are common to the newest, most capable, and most future-proof radios. For example, the U.S. Army HMS Portfolio has multiple vendors with largely consistent SDR architectures. SOCOM also uses handheld and manpack SDRs.

The wide use of SDRs by the U.S. military has many benefits. First, the fact that any SDR can support many waveforms promotes competition among commercial waveform vendors. Indeed, the U.S. Army is using the paradigm of testing and introducing new capabilities every two years, promoting both opportunity and competition among waveform vendors and, in turn, driving innovation.

Another important example is the adoption of the TSMTM waveform by the U.S. Army. Many of the U.S. Army’s Program of Record (PoR) SDRs were developed before the Army chose to adopt TSM. TrellisWare Technologies, Inc. developed the TSM waveform as a commercial product with no knowledge of vendor proprietary SDR designs. Yet, in short order, the TSM waveform is being ported to the Army manpack platforms. The TSM waveform is a critical capability for the Army that scales to hundreds of nodes in a single 1.2 MHz RF channel, providing battalion-wide voice, data, and position location information (PLI). The U.S. Army has validated in field trials that the TSM waveform is robust to the tactical environment.

TrellisWare continues to improve the TSM waveform by innovating new capabilities. SDRs that are already deployed with TSM can easily be upgraded, enabling the user to have the most up-to-date capabilities. Examples of new capabilities could be significant improvements in range, scalability, and throughput. These new innovations can be delivered to the user quickly and cost effectively as upgraded software only if the user has an SDR.

SDRs enable early testing and field exercises of new capabilities and technologies. This field testing at an early stage allows for warfighter feedback with enough time to modify or adjust the capability to ensure successful deployment. In short, innovation can also be collaborative with the user community, and this is consistent with the Army’s Soldier Touch Point model.

SDRs also have the unique ability to support technology insertion to combat emerging threats. The U.S. military must prepare for near-peer threats with sophisticated electronic warfare (EW) capabilities. New resilient waveforms such as Warrior Robust Enhanced Networking Narrowband (WREN NB), or novel interference mitigation algorithms, can all be ported to existing SDRs. This flexibility and adaptability cannot be achieved with ASIC-based radio architectures.

Another important benefit of the SDR paradigm is that the same waveform can be in many different vendor SDRs via waveform porting. Having a common waveform promotes interoperability between radios from different radio vendors. Interoperability allows the market to function efficiently and expands the market for radios. This can be seen in the Army radio market as the adoption of the TSM waveform is increasing the demand for Army manpack radios. Waveform interoperability also promotes new SDR demand. For example, the U.S. Army was willing to create a new opportunity for single-channel SDRs that host with the TSM waveform and were confident that there would not be any interoperability problems. Multiple radio vendors were able to respond to this opportunity with the confidence that the TSM waveform could be ported to their SDR. In other words, there is a positive feedback loop between waveform innovation and SDR innovation.

In conclusion, software defined radios are supporting the past, present, and future of tactical communications. They are a vital asset to the readiness of our troops and a strategic advantage over our adversaries.