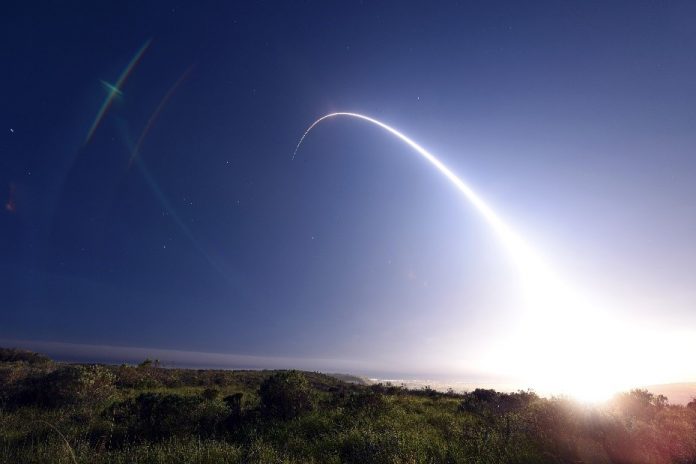 Even if not at the forefront of most Americans’ minds day-to-day, the United States Air Force’s intercontinental ballistic missile force, or ICBM force—daily and without fail—fulfills one of the most fundamental capabilities that a military can provide, and it delivers a type of security that very few—if any—other nation states truly possess.

With hundreds of Minuteman III ICBMs in hardened silos scattered across tens of thousands of square miles, America’s land-based ICBM force is an ironclad deterrent of nearly any threat to our nation’s existence from an outside entity. This is because, with the sole exception of Russia, no nation on Earth can realistically eliminate the threat of a retaliatory nuclear strike from these missile fields. In fact, even without the other two symbiotic legs of the nuclear triad, the ICBM force is still a guarantor of America’s national sovereignty.

Thus, an awesome responsibility falls to the men and women tasked with operating, maintaining, and securing these weapons, the Nuclear Airmen of the U.S. Air Force’s 341st, 91st, and 90th Missile Wings.

There are perhaps few people who have a better understanding of that responsibility, and the formidable challenges that face the force than Col. Rob Stanley (ret.), Value Stream Leader for Ground Strategic Systems at Collins Aerospace, who served as commander of the 341st Missile Wing and its 150 Minuteman III missiles during his time on active duty.

Stanley is a master space and missile operator with extensive experience with both nuclear Ground-Launched Cruise Missile (GLCM) and ICBM alerts, as well as over a dozen DoD, NASA, and commercial space lift missions while stationed at Cape Canaveral Air Force Station.

During his last Air Force assignment, he was the senior leader for the 341st Missile Wing’s mission to defend the United States with safe, secure, effective nuclear forces, and combat-ready Nuclear Airmen. In this role, he oversaw what was, at that time, the largest and most complex Nuclear Weapon Accident exercise ever conducted by the Defense Threat Reduction Agency (DTRA). “Continuously safeguarding these weapons, and always being prepared to launch them upon Presidential order is the backstop of every military operation that we conduct,” he told us, to emphasize the stakes of nuclear deterrence. “For well over fifty years, the ICBM force, along with our nuclear-capable bombers and ballistic missile submarines have continued to guarantee our nation’s sovereignty, 24 hours a day, 7 days a week, 365 days a year.”

However, “we are at a do-or-die moment with the nuclear force,” Stanley stressed. “Because these systems were neglected for so long, all three legs of the nuclear triad are reaching a failure point, past which they will no longer provide a safe, reliable deterrent capability. Moreover, without each complementary leg, the United States appears very different through the lens of an adversary. For instance, if Washington were to eliminate the ICBM force, the nation’s adversaries go from having to target over 500 sites with nuclear weapons, to only needing to incapacitate about a dozen installations. In other words, without the ICBM force, America begins to look to like a turtle with no shell from a near-peer perspective. The immediate need for recapitalization could not be more crucial.” Within the ground-based ICBM force, Nuclear Airmen are often reliant on technology that is older than the most senior operators responsible for them. This has a negative impact on the morale of the force, as well as how it is perceived by America’s enemies, its allies, and its own public.

“It was often a thankless job” to be assigned to the ICBM force, Stanley elaborated. “The missile fields are located in pretty inhospitable places,” far isolated from populated areas on desolate, sub-zero landscapes, where maintainers, security forces, and missileers are asked to perform their duties to perfection without the fanfare and accolades given to members of the military serving in higher profile missions.

Just as important as it is to recapitalize the ICBM force in order to leverage the latest modern technology, it is the readiness of the human element that is, perhaps, most important. The morale of the nation’s Nuclear Airmen is too important to neglect any further by delaying modernization.

“It’s going to be expensive,” Stanley notes, “but our country’s leaders know that it is simply too important to delay or halt altogether. As a nation, we must take the time to think as those who continuously watch us from outside do. By neglecting the backstop of nuclear deterrence, we change our potential adversaries’ calculus in ways that are nearly impossible to determine, until it’s too late.”