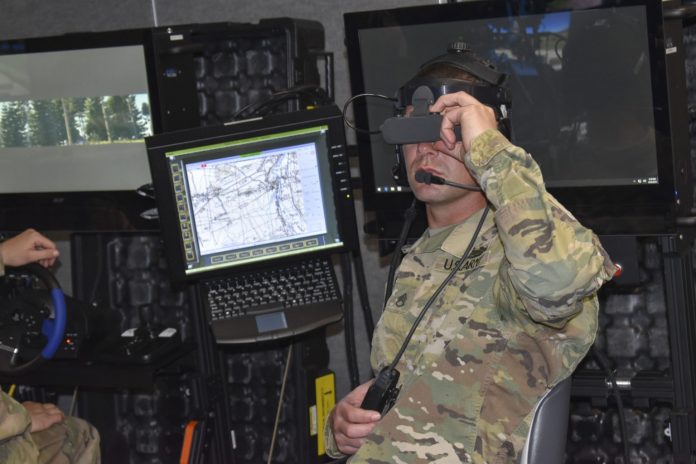 Closing the gap between simulated and live training effectiveness has long been a priority for defense leaders, and few challenges plagued that goal as much as the lack of training realism in simulated options. While simulated training addresses important concerns like warfighter safety, budgetary restrictions, and training at the point of need, a training program that lacks in realism takes away from the ability to train warfighters as they fight and can damage readiness in the long run. That is one challenge that the U.S. Army’s One World Terrain is striving to address.

These longstanding concerns were acknowledged directly at this year’s AUSA Annual Meeting by Major General Maria Gervais, Director for the Army Futures Command Cross Function Team for the Synthetic Training Environment (STE). “Live training is the final gate in preparing our soldiers, leaders, and units for combat.…This training environment is where we must [do our best to] replicate the operational environment…,” she stated.

The first increment of the Army’s STE development has been tightly focused on the “soft elements” of the initiative as MG Gervais put it, looking at the software and terrain, and ensuring that reliable and realistic simulation training technologies were being utilized by warfighters. This lays important groundwork for warfighters as they prepare to enter the live training component and, eventually, the battlefield. “When a soldier in a unit entered into a resource-intensive live environment, they were already at a high level of proficiency.”

Although the live training environment is imperative to warfighter readiness, it is not without its flaws. According to MG Gervais, only 60 percent of a combat brigade’s capabilities can currently be replicated in a live environment and many training scenarios still rely on tactics like handing soldiers white cards indicating a change in the scenario. MG Gervais rightfully pointed out that these kinds of tactics can deal hard blows to training realism and can greatly detract from a warfighter’s training experience.

The Army is already seeing traction in these efforts through programs like One World Terrain, with a recent deployment of the virtual mapping technology to Afghanistan. Its usefulness proved even beyond a training tool according to a recent article in Defense News: “The unit was able to capture terrain for the purpose of mission-planning rehearsal and route planning. But the soldiers also used it to take an in-depth look at the forward-operating base to see how it was set up and analyze it for vulnerabilities.” The power of this technology extends from the training phase all the way to the actual fight, exemplifying directly the goal of training as you fight.

Knowing that collaboration is the key to quick and innovative technological adoption in the defense community, MG Gervais called on defense experts in both academia and industry to bring forth technologies that resolve these challenges with training realism in a live environment and build upon efforts like that of One World Terrain. “I am confident that with your help, we can ensure our soldiers and commanders have the modern training tools to experience combat at a much higher degree of realism. Through this more fully immersive environment, they can experience the effects of the modern and future battlefield and allow the Army to train as they fight and where a commander needs to train.”