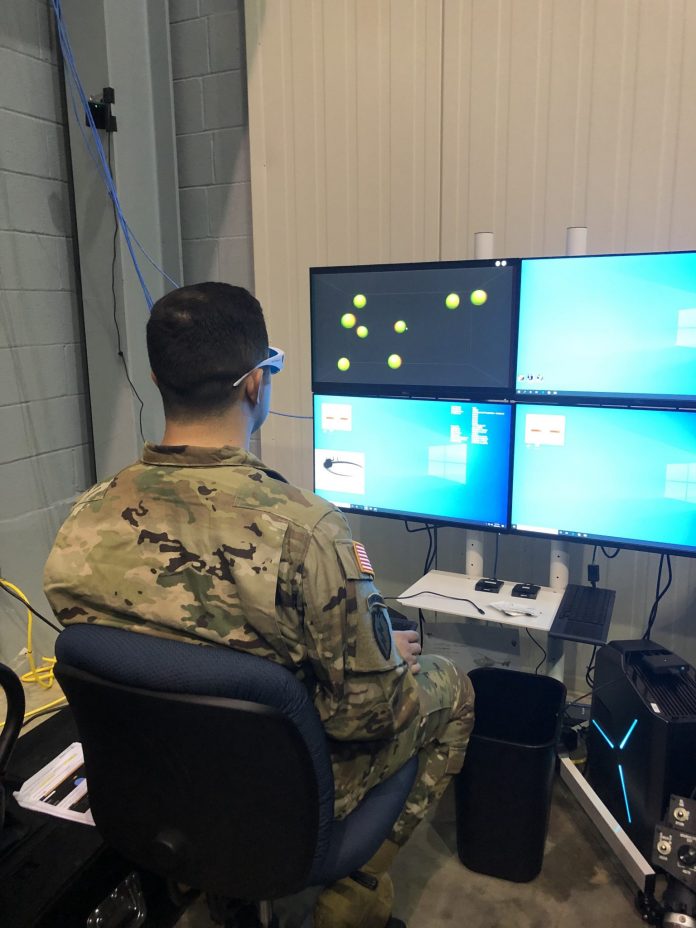 Editor’s Note: Brig. Gen. Peter Palmer, U.S. Army retired, served over 32 years in the Army, which included four tours with NATO and in Kosovo and Iraq. After retiring from the Army, Palmer was director of the General Dynamics EDGE Innovation Network. Currently, he is national-level vice-chair for the National Defense Industrial Association-Human Systems Division, Arlington, Virginia, and has been a long-time attendee of IITSEC. The Modern Integrated Warfare editorial team reached out to Palmer to talk about how to improve the performance of military personnel on the multi-domain battlefield. He told us that measuring and assessing cognitive operational readiness needs to be a critical function if the military is seeking to heighten the overall operational readiness across domains. Read his full thoughts below:

Thirteen years ago, I worked on a project with the training and doctrine command. The goal was to better understand the human dimension and optimize human military performance on what we now call the multi-domain battlefield. The simple question was ‘How do we make them perform better?” It became clear then and is still the case, that the biggest threat to operational readiness comes from drops in the cognitive performance capacities of our personnel.

Here I will present the case that advances in neuroscience and neurotechnology have provided us with the capability to reliably measure and monitor the cognitive status of warfighters. And secondly, that this capability needs to be implemented at an institutional level to raise the effective reliability of personnel to the same, or similar, standards as we have in place for our machines and equipment.

The Machine Standard of Operational Readiness

Whenever we go into an operation or a daily mission, we need to know the operational readiness of our equipment. For example, for a tank, we have detailed checklists to ensure it performs how we need it to. Essentially the same checks and maintenance systems apply to any type of machine or equipment that poses a liability if it doesn’t perform as intended when needed.

We understand these machines because we have designed them with the capability to read and interpret their operating specs. Consequently, we maintain a high standard of operational readiness, where the risk of breakdowns, equipment malfunctions, and so on, are minimized to acceptable levels. However, for the human that’s going to operate the tank, we really have nothing in place. The plan is that we can fundamentally create the same operational readiness standards for humans as we have for machines.

The Human Standard of Operational Readiness

While the Army has health-related manuals and reporting systems, there is no manual that assesses the operational readiness of the human system like there is for the equipment they operate. Currently, we know much more about the ability of our machines to perform than we do about the soldiers.

Once a soldier goes into a live field mission, we simply expect that they are ready to accomplish the operation. The only readiness report we have is to explain why certain people aren’t available. We don’t have systems in place to reliably assess our soldiers’ cognitive operational readiness.

This creates significant and undesirable liabilities for the overall success of any mission. For example, we know that sleep deprivation can be a major threat to performance. Due to variability from one person to another in circadian rhythm and mental tolerance, sleep deprivation can have mild to dramatic impacts on cognitive function depending on the warfighter. You can imagine that in a scenario where a squad has sleep deprivation, the squad leader knows that some personnel will be a liability, but not to the degree this cognitive injury will impact the soldier’s decision-making abilities. This becomes even more important at the command levels where cognitive performance outweighs physical performance.

Having to accept this unpredictable factor of warfighters, which also limits the strategic and tactical decision-making opportunities their leaders can make, is a real problem. Furthermore, with the rapid and continuous mechanization, computerization, and automation of the systems supporting our forces, the decisions and actions that warfighters take are becoming an escalating liability in terms of the consequences of poorly made decisions.

Since we didn’t design humans, they are a much more complex system to understand than machines. Unlike our equipment, a human has many factors that change with age, environment, mindsets, and so on. The development of a holistic readiness rating for a soldier is naturally a daunting task.

The key requirements to meet are that we first need to baseline our personnel cognitively, and secondly evaluate the realistic limits of their performance. We don’t currently do that; it’s really only basic physiological and psychological checks. This means we don’t measure any other capability requirements we have, such as the individuals’ belief systems that introduce significant biases into our decision-making processes. Yet at the same time, we recognize that all our military personnel are going to change over time.

The key to this approach is the need for neurotechnology, human sensor technology, and advanced big data algorithms that can capture and assess a soldier’s operational readiness for that day’s missions. More holistic programs for managing human military performance are needed – a comprehensive toolbox of practical assessments.

The key question is how do we measure cognitive operational readiness? Well, as we know, advances in neurotechnologies, biometric sensors, and so on, have blossomed in the last ten years. We can take advantage of these systems.

Current technologies like those used with the Oura Ring for sleep and activity ratings or Cerego for foundational knowledge retention are good examples that validate the operational readiness concept. There are many neurotechnologies now on the market that provide real assessment value.

As a role model example, I have found NeuroTracker to be instrumental for rapid and accurate baselines or-on-the spot assessments of visuo-spatial awareness, which can be critical for predicting the outcomes of certain battlefield operations. We can take rapid and objective measurements of that ability within five minutes, whenever needed in the field. For instance, this could be a highly pertinent data point for assigning drivers or pilots to specific mission roles.

As well as having a high standard of scientific validation, this particular neurotechnology has the benefit of actively enhancing the cognitive abilities of individuals who have become suboptimal. In this way, it becomes a performance diagnostic that, if used regularly, provides robust performance enhancement of core cognitive functions.

Most generals and sergeant majors understand and manage the physical fitness of their warfighters exceptionally well. But when it comes to the cognitive domain of neuroscience, they know very little. This presents an issue at the institutional level for the acceptance of this kind of human optimization approach.

A typical criticism is that the cognitive domain cannot be adequately measured. This may have been so a decade ago, and it’s certainly true that it cannot be measured exactly. However, the neurotechnologies that have come out of the golden age of neuroscience will do a very good job of meeting our needs once implemented. Then, once these methods transfer from validation projects and research stages, into the battlefield, military leaders will adopt them quickly, simply because of the intelligence utility they yield at every level of military performance.

The bottom line is that military personnel need to be checked cognitively on a regular basis, and neurotechnologies have now made this feasible. Once applied, the outcome effects will be a heightened level of operational readiness, and a greater awareness of how to adapt human resources for optimal performance on the battlefield. Then driven by big data science, these benefits will only snowball.