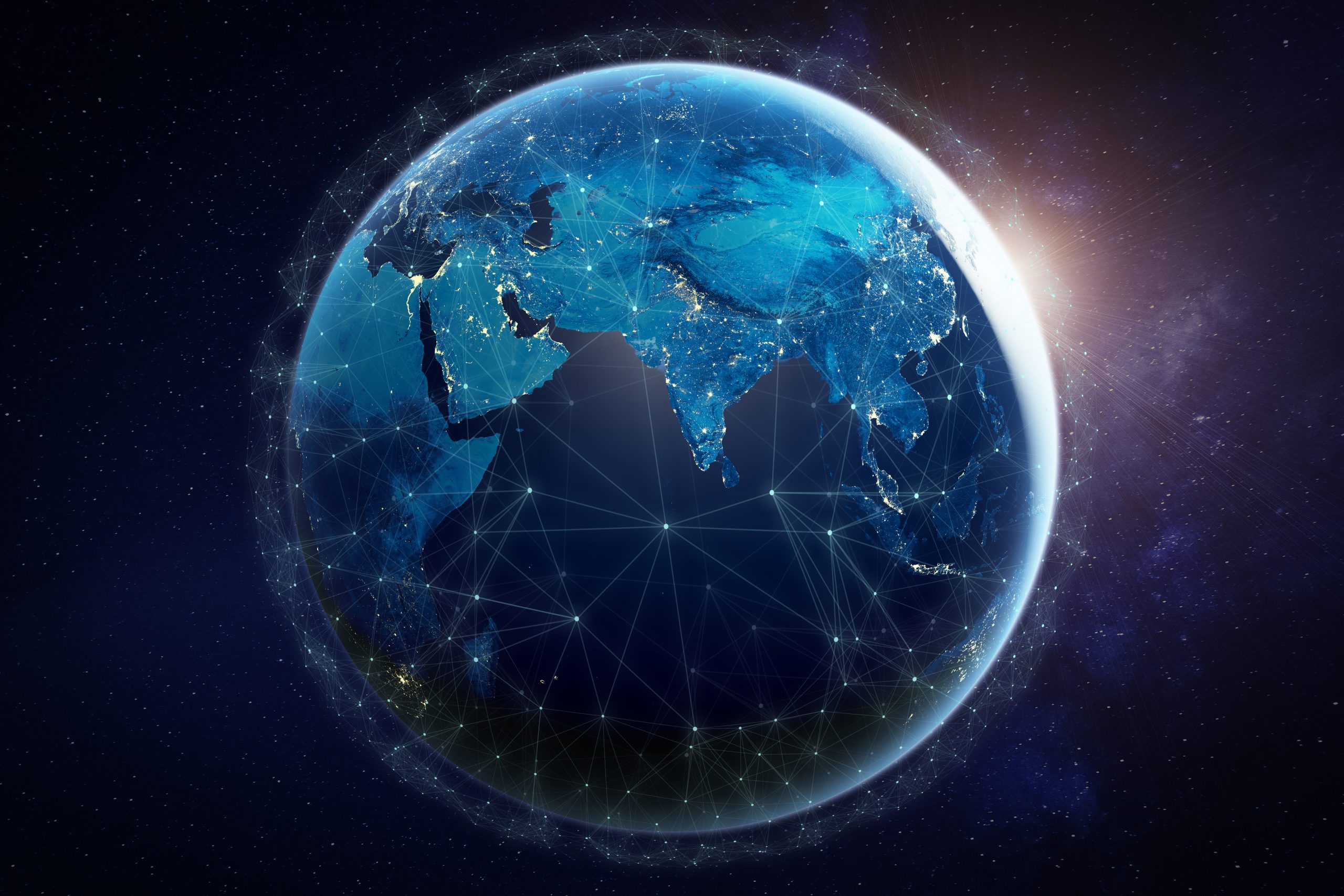 Global MilSatCom 2020, hosted by SMi Group’s Defence, came and went with the usual fanfare despite the event joining other conferences in going virtual. Leading members of the aerospace industry on both sides of the Atlantic Ocean gathered to share the innovations and best practices that are powering the future of the industry. All the while, vendors and sponsors connected with attendees on the issues and brainstormed solutions together, demonstrating the very essence of the event: efficient communications.

The conference boasted an incredible line up of relevant and impressive speakers from all parts of the industry, including leading military experts from the U.S. and the U.K. as well as leaders of their private sector partners. Each speaker highlighted the growing needs of industry and how the private-public partnership contributes to and benefits from the ongoing advances in satellite communications technology.

For those who couldn’t attend, or for those who need a recap, The Modern Battlespace editors compiled the following list of the biggest moments and takeaways from the event: 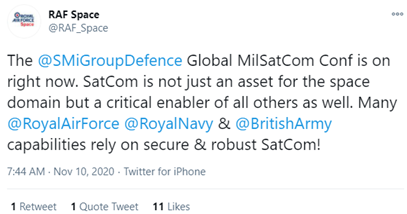 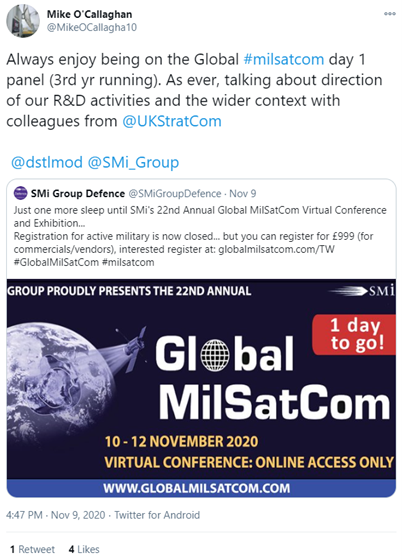 Global MilSatCom began with a rousing and informative conversation on the wider application of satellite communications technology. Focusing on the R&D that goes into military satellites, members of the panel, including Mike O’Callaghan of DSTL, highlighted how military tech has and will continue to make commercial technology more efficient.

The panel set the stage for an informative and dense conference that showcased the benefits of the private-public partnership. Day one continued with several panels and discussions which described the ongoing pursuit of next-generation satellite technology. 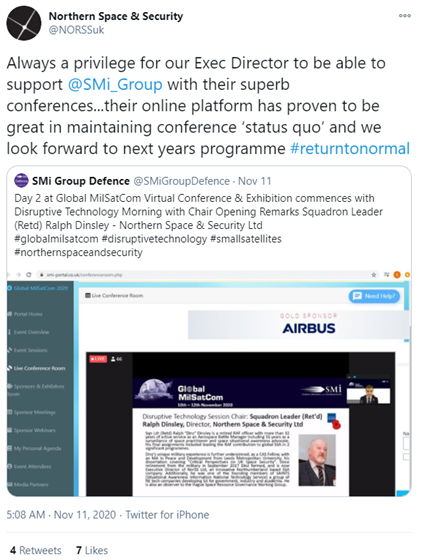 Day Two of Global MilSatCom covered some of the most anticipated content to come out of the conference, beginning with remarks from Squadron Leader (Ret.) Ralph Dinsley from Northern Space & Security. Dinsley spoke about disruptive technology and highlighted the industry’s need to prepare for a future where information is both the currency and the ammunition in conflicts. End-to-end management of data was a recurring theme on the second day. 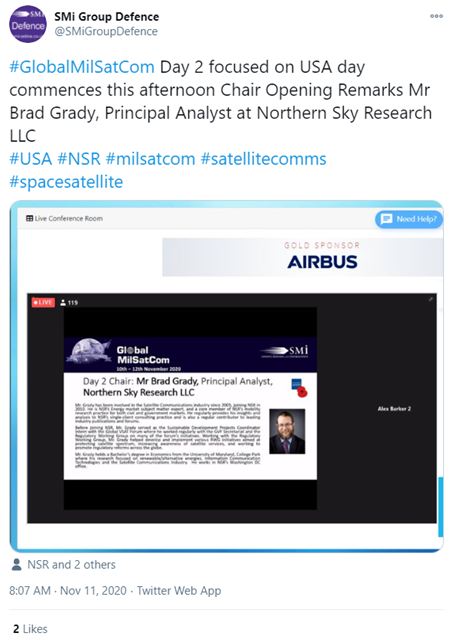 Day Two continued with remarks from Mr. Brad Grady, Principle Analyst at Northern Sky Research. Grady continued the theme from Squadron Leader (Ret.) Dinsley about the need to treat data as a critical part of the modern battlespace. Noting that both MilSat and ComSat will be suspectable to intrusion attempts and that everything must receive end-to-end management.

The second day wrapped by discussing the special relationship between the U.S. and the U.K., with panelists and speakers highlighting the joint efforts by both nations’ public and private sectors to work together on creating a global communications network. 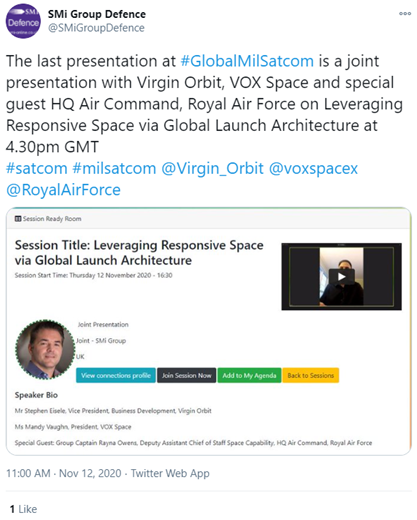 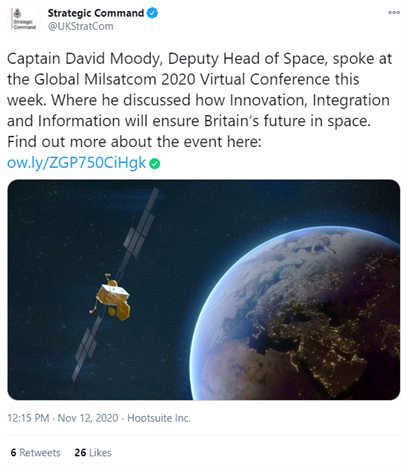 The final day of Global MilSatCom featured a conversation between Virgin Orbit, VOX Space, and members of the HQ Air Command, RAF discussing the use of a global launch architecture to create a more responsive environment in space. The members of the panel all noted the application of an integrated global launch architecture will help achieve more operational maneuverability in the deployment, use, and longevity of satellites in orbit and the networks that they power.

In an additional speech, Captain David Moody, Deputy Head of Space from Strategic Command, outlined the three core tenants that must power the future of the industry: Innovation, Integration, and Information. Captain Moody encompassed the conference in those tenants and at the end of the event, participants left convinced that the private and public sector is in lockstep on the path towards a brighter future.