Editor’s Note: This article was contributed by Dr. Brett Walkenhorst, Director of R&D Business Development and Program Management at Silvus Technologies. Dr. Walkenhorst previously contributed an article on commercial waveforms for military use. In this new article, he explores 5G communications and transmitting beamforming in multiple-input multiple-output communications systems within a tactical communications environment. Read his full article below:

From the simple radiotelegraphy experiments of Guglielmo Marconi to the sophisticated wireless systems of today, scientists have learned to harness the communications capacity of the radio frequency (RF) spectrum in phenomenal ways. As wireless communications evolve, one of the most promising advances is in transmit beamforming – when a wireless transmitter targets a specific receiving device rather than sending its signal like a broadcast antenna for any receiver to pick up.

From multi-wave dipoles and parabolic reflectors to more recent methods involving genetic algorithms, antenna design is a rich field that provides many options for directing energy from one radio to another. However, systems based on a single physical antenna are limited to a fixed beam pattern, and changing the direction of the main beam requires a physical rotation of the antenna.

In the early 20th century, techniques were developed for electronically steering beams using arrays of antennas. The resulting phased array antenna was quickly adopted for radar applications and is still in use today. A phased array applies phase shifts to individual antenna elements within the array and then sums the signals from all elements in the array. The sum creates a narrow beam in front of the antenna while the phase shifts electronically steer that beam in different directions, resulting in a faster and more efficient alternative to physically rotating an antenna.

Early phased arrays used analog phase shifters to form beams. As digital technologies advanced, it became possible to digitize the signals from each antenna and apply beamforming “weights” (complex coefficients multiplying the signal from each antenna) in the digital domain prior to summing the signals, resulting in greater flexibility than their analog counterparts.

For example, digital beamformers can generate multiple beams at one time and more easily modify both magnitude and phase without the need to calibrate hundreds of amplifiers and phase shifters. Yet digital technologies carry a heavier price tag.

To temper the increased cost, today’s 5G systems use a hybrid analog-digital approach: they apply analog beamforming on subarrays within the larger array, digitize the output of each, and apply digital beamforming on the subarrays. However, the combined approach sacrifices some flexibility.

Traditional beamforming primarily relies on phase shifts to steer one main beam in a specific direction. In MIMO communications, research in the early 2000s found that a specific type of beamforming—called eigen-beamforming—could improve the capacity of a MIMO link.

Similar to traditional digital beamforming, eigen-beamforming uses digital transceivers to apply complex weights, modifying both amplitude and phase; but unlike traditional beamforming, it does so to match the wireless channel it shares with its intended receiver. What results is a multi-lobed beam pattern based on the multipath environment (signals coming from multiple directions), rather than the typical beam pattern with one main lobe that is characteristic of phased arrays. 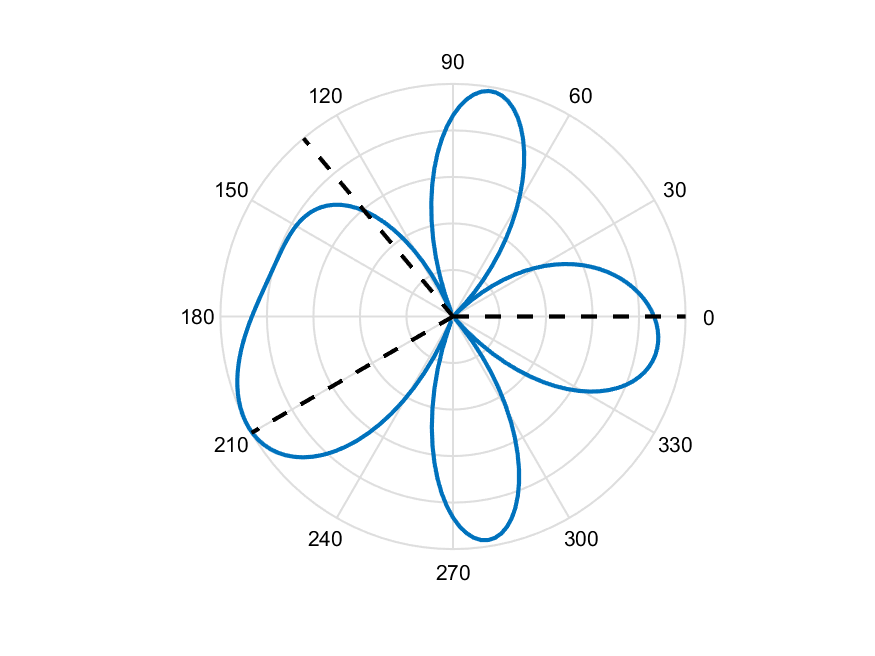 Transmit beamforming is an important enabler for the modern tactical communications environment. One example is the Silvus Technologies SC4400 MIMO tactical radio that uses digital transmit eigen-beamforming by estimating the channel during the handshake prior to data transmission. Because of the reciprocity of the channel, no additional overhead is required. In contrast to traditional phased arrays, MIMO beamforming requires no specific placement of antennas, simplifying implementation.

The gain in signal to noise ratio (SNR) resulting from Tx beamforming leads to higher throughput and/or reliability as shown in the following figure depicting throughput results for a recent field experiment of the SC4400. With beamforming enabled (blue), throughput doubled compared to when beamforming was disabled (red).

In the modern congested and contested electromagnetic environment, MIMO communications offer numerous advantages, including increased range, throughput, and robustness. By offering increased SNR with no additional overhead, the emergence of transmit beamforming further rounds out the available suite of MIMO capabilities. The continued evolution and implementation of MIMO transmit beamforming, in addition to other MIMO capabilities including spatial interference cancellation and spatial multiplexing, is a significant step forward in reliably conveying and protecting the critical communications of our troops.

Dr. Brett Walkenhorst is the Director of R&D Business Development and Program Management at Silvus Technologies. He received his B.S. and M.S. degrees in electrical engineering from Brigham Young University in 2001 and his Ph.D. in electrical engineering from Georgia Tech in the area of MIMO communications in 2009. He is a senior member of IEEE and serves as an Adjunct Professor in the School of Electrical and Computer Engineering at Georgia Tech. Dr. Walkenhorst has led and conducted research in wireless communications, RF sensing and geolocation, electronic warfare, cyber, and others. He has served on the 3GPP RAN4 committee, helping to define performance and testing criteria for 5G systems. He has authored over 40 papers and holds 3 patents.

Experts in the Field: Elaine Bitonti Keeps the Customer in Focus as DoD Seeks Greater Speed and Flexibility

Addressing the Gap of Communications in the Battlefield...

A Look Back at Army Futures Command in...

Effectively and Rapidly Bringing MUOS to the Warfighter

How Women in STEM Can Make a Difference...