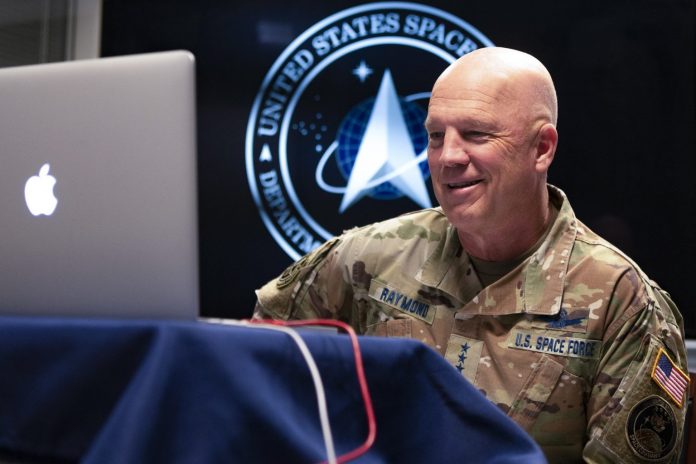 This year’s Air Force Association (AFA) Aerospace Warfare Symposium is rapidly approaching. And while, like most events taking place in the thick of the COVID-19 pandemic, it will be virtual, that won’t stop experts in aerospace and defense from exchanging important ideas and best practices around the future of aerospace warfare. To learn more about this year’s event and what aerospace trends are on the horizon for the defense world, we spoke with AFA’s President Lt. Gen. (Ret.) Bruce “Orville” Wright.

Here’s what he had to share in our discussion:

Modern Integrated Warfare (MIW) Editors: What will be some of the key topics and these discussed at the AFA Aerospace Warfare Symposium this year?

Lt. Gen. (Ret.) Bruce “Orville” Wright: Combined Joint All Domain Command and Control (CJADC2) is a topic of immense strategic importance to warfighters in every domain, but it’s particularly critical for air and space because the Air and Space Forces will provide most of the capabilities that interconnect our joint force in the future. We have a number of sessions planned to look at CJADC2 from just about every perspective, beginning with how the technology is being applied and developed in the Air Force’s Advanced Battle Management Systems (ABMS) onramp experiments. We’ll also hear from warfighting commanders around the globe, from our industry partners on developments in every aspect of aerospace technology, and from the leaders of the U.S. Air Force and U.S. Space Force about their evolving plans in the face of growing peer-level threats from China and Russia.

MIW Editors: Which speakers or panels are you most looking forward to at this year’s event?

Lt. Gen. Wright: That’s a tough question to answer because we’re going to have more than 40 panels and presentations and there’s really nothing I’d be willing to miss. But if I’ve got to choose two, I would offer that Gen. Brown will focus on Accelerate Change or Lose. His emphasis on the reality of peer threats and their burgeoning advanced weapons capabilities should get everyone’s attention. The fireside chat between Chief of Space Operations Gen. Jay Raymond and astrophysicist Neil DeGrasse Tyson will be enthralling. To listen to these two luminaries talk about the future of space flight, space warfare, and the further development of space as a warfighting and exploratory domain is going to be truly fascinating.

MIW Editors: What technologies are powering innovation across the multi-domain battlespace for the Air Force (and other branches)?

Lt. Gen. Wright: There’s so much happening right now it’s hard to single anything out. Of course, artificial intelligence, cloud computing, and 5G networking will have a lot to do with enabling CJADC2. Digital engineering is literally changing the way aircraft and spacecraft are designed, tested, built, and maintained. And then we have advances in hypersonics that are on the verge of producing a whole new class of weapons, a proliferation of commercial launch capabilities and satellite designs that are reimagining how we operate in space, and advances in energy and energy efficiency that are on the verge of yielding electric-powered flight, not just for drones, but for manned aircraft. And oh, by the way, there’s a whole lot of classified work going on in future stealth technology related to the B-21 bomber. So, it’s really an amazing time to be in this industry.

MIW Editors: Tell us a bit about the projected path forward for the Space Force. What opportunities/advantages are on the horizon for this new branch? What challenges are present as it ramps up?

Lt. Gen. Wright: The roots of the Space Force date back nearly as far as the Air Force itself. Our Association is now 75 years old – we celebrate our birthday in February – and the Air Force will be 75 in just about 18 months. Way back when Gen. Hap Arnold was the Air Force’s first Chief of Staff, he already envisioned a future with manned space planes and launched a research project to explore that. So, Space was always in the Air Force DNA.

Now we’re in a really exciting new era. Gen. Raymond has the opportunity of a lifetime to shape a new military force for the 21st century, one that can be completely reimagined. The first opportunity is defining what it means to have a Space Force and to forge a way forward that makes our military stronger because we have a Space Force. There’s no point in having a separate military service if it doesn’t make everyone else better. The second opportunity is pulling together all the space capabilities across the armed services to ensure not only that we as a nation aren’t duplicating capability, but that we’re maximizing it. How can a Navy capability make the Air Force better? How can the Space Force make the Army more capable? The third is the opportunity to build a service from scratch and to rethink everything from a 21st century vantage point. Think about that; every other service evolved over 70 to 200 or more years. The Space Force gets a clean slate. How can Gen. Raymond use that to build a more efficient, more effective, more dominant Space Force?

With regards to challenges, there are plenty. There’s no hiding it. The biggest is resources. Our Space Force was essentially carved out of the Air Force. It was arguably already under-resourced. Now that it’s independent, it must be funded, and its appetite and requirements are sure to grow. If they weren’t, there was no point in breaking it out in the first place, right? The second issue is also resource-related: the Space Force and Air Force budgets both live inside a Department of the Air Force budget that is burdened with something called the pass-through. This pass-through funding — more than 20 percent of the department’s budget — is money that looks like it goes to the Air Force but doesn’t. It goes straight through to other agencies, primarily in the national intelligence community. The result is that the national security force structure and joint warfighting capabilities of both services are effectively budget constrained by an external tax on their resources that give the false impression that they have more resources than they really do. This has to change.

MIW Editors: What adjustments needed to be made for the show this year to accommodate a virtual platform? What key takeaways did you have from the Air Space Cyber conference in September and how will you apply them for this event?

Lt. Gen. Wright: There are pluses and minuses to going virtual. The biggest plus is that we aren’t quite as constrained by the calendar. We can pre-record some sessions, and that means we can get some speakers here without making them travel halfway around the world. That saves a lot of time and cost for us and the services. The biggest minus is that it’s vastly harder to meet, greet, and network at a virtual event and the magic and electricity of the exhibit hall is really hard to reproduce in a virtual environment. That’s especially challenging for our sponsors and exhibitors, without whom we can’t afford to put this on. So, we went back to the drawing board and said, “Hey, what do we have to do to help them connect with the people they need to connect with?” and we came up with the idea of holding Mission Domain Engagement Sessions. We’ll have 15 of these on about a dozen topics. We’ll have industry experts joining Air and Space Force experts in live, interactive conversations each day. They’ll talk about CJADC2 and digital engineering, advances in avionics, C4ISR, satellites and launch, aircraft systems, 5G, you name it. It’s going to be amazing.

Lt. Gen. Wright: For years, we called this the Air Warfare Symposium, but we’re in a new world now. We fight jointly. We have a Space Force. No one is likely to have a war in a single domain ever again. That’s why this year, this is an Aerospace Warfare Symposium. Because we live in a multi-domain world, and our force is joint and multi-domain by nature. That’s one thing you can expect to stay the same when this pandemic finally ends. We may still do a lot of interactive, virtual events, even then, but let me tell you, Air and Space as a seamless battlespace, each dependent on the other — whether that’s spelled aerospace or air and space — is here to stay.