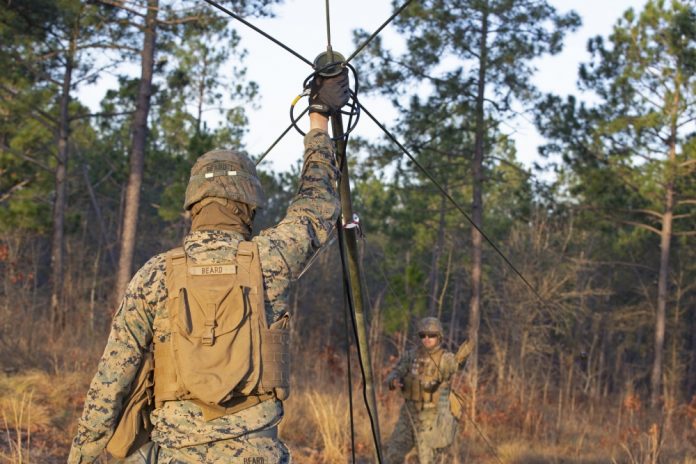 Connectivity is at the core of the future fight. Connecting warfighters and commanders to the data resources they need to win fights in every domain are critical in an increasingly interconnected battlespace. Adversaries are working to increase their capabilities to rival the U.S., and now is the time to embrace initiatives like Combined Joint All Domain Command and Control (CJADC2) and Advanced Battle Management System (ABMS). In other words, the future fight is ours to win.

In a recent panel at the Air Force Association’s Virtual Symposium, Braxton Rehm, retired USAF Fighter Pilot and Group Commander and current Director of JADC2 Requirements and Demonstrations at Collins Aerospace, shared his opinion on the future of the military and the necessity of connected armed services. “As we move forward in the CJADC2 and ABMS effort, we will be able to share so much more data on the forward edge of the battlefield,” Rehm began. This level of connectivity requires an entirely new understanding of battlefield communications.

Satellite communications and the advancements in data sharing technology have made near-instantaneous communications possible, something that Rehm highlighted. “Warfighters now can be connected through all domains; they can use space, cyber, and ground assets to team up and have an effect on the battlefield.” Speaking from his personal experience as an Airman, Rehm shared that the real gains made in battlefield comms have had a demonstrable impact on the ability of warfighters to effectively conduct their operations. “I got to see how everything can work well together.”

While CJADC2 and ABMS both represent a very real and practical advancement on the battlefield, there are significant hurdles in place, one being found in the industry. “Technology is not going to be the problem. It’s going to be the cultural change, the procedural change, that we are going to have to work through to enable CJADC2.” Industry partners often create technology that runs proprietary programs, each being incompatible with the other. This inability to work together would prevent or hinder cross-domain coordination.

“For the industry to be a team player, which I believe everyone wants to be to support our warfighters, [it will] will require access to the complicated and challenging problem sets,” Rehm continued. Collaboration in the industry will be a necessary stepping-stone on the path towards realizing the CJADC2 dream. However, the issues on the industry side do not just end at the design stage, but also occur in acquisition.

The defense industry, like any market, is a supply and demand marketplace with ideas and concepts competing against each other. However, as Rehm noted, CJADC2 would require the industry to “understand where we can partner with other industry teammates and with DoD partners.” Creating a network that prioritizes collaboration while still rewarding innovation will be a central issue for a connected defense industry. Yet, Rehm believes that most of the defense industry will welcome the chance to better equip warfighters.

Assuming that this level of broad, systemic change will take some time, Rehm also elaborated on more immediate ways that CJADC2 and other cross-domain programs can benefit the warfighter. “When I was in uniform, technology inserts were not looked at as something that could be modified and/or changed,” Rehm noted. Along with his fellow warfighters, Rehm saw firsthand improvements that could be made to various technologies from the perspective of those who use them, and he encourages the industry to embrace those suggestions. “Think of it as an opportunity to discover how we could use this technology better while we’re in the process of building what may be the fundamental backbone.”

Ultimately CJADC2 and other cross-domain initiatives will result in a stronger military and more communication on the battlefield. While Rehm cautions that there is still a lot unknown about what the future of the industry looks like, he and the other AFA panelist all agreed that empowering warfighters to win the future fight is a win for all.