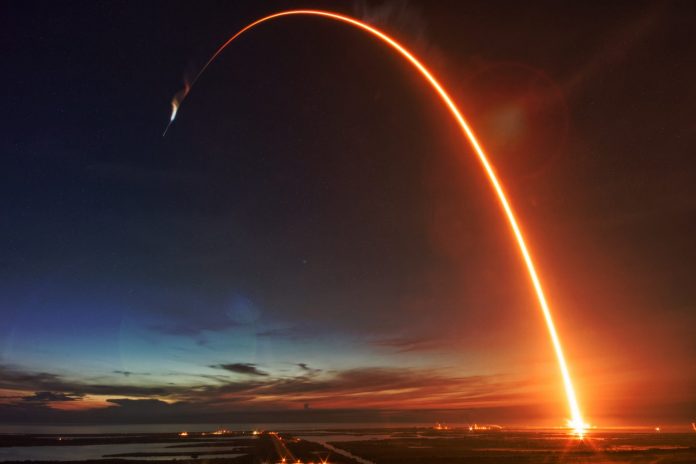 One of the most important aspects of defense is deterrence. Offensive and defensive capabilities that can make an adversary question whether to attack or not has always been a part of strategic warfare. In fact, the United States Air Force’s intercontinental ballistic missile (IBCM) force fulfills one of the most fundamental capabilities that a military can provide – an ironclad deterrent. Yet, maintaining an effective deterrent requires that strategic warfare capabilities are kept modern.

Recent modernization efforts have been successful largely due to innovations in advanced digital engineering, which shorten development time. Yet there is much more going on in the background that will impact how U.S. strategic warfare is evolving.

To better understand the way the defense community views the future of strategic warfare, Modern Integrated Warfare looks at the latest industry news. Learn more about where the nation stands, and where it plans to go in the stories below:

Program is on Track for Initial Operational Capability (IOC) by 2029

The program in question is the Ground Based Strategic Deterrent (GBSD) engineering and manufacturing (EMD) program, and its success is critical to meeting many current demands of the defense community. “Our team remains focused on delivering a modern strategic deterrent capability to keep pace with 21st-century threats,” said Greg Manuel, Vice President and General Manager of the Strategic Deterrent Systems Division at Northrop Grumman.

The program, supported by defense industry companies including Collins Aerospace, General Dynamics, and Lockheed Martin, among others, is modernizing the U.S.’s aging Intercontinental Ballistic Missile (ICBM) systems. This effort has a number of unique aspects, but perhaps more interesting is the use of digital engineering principles to model and authenticate virtual designs and significantly shorten development times. Utilizing this has led to the program’s e-Series designation, reflecting this modern approach.

The program passed one of its first milestones and this formal announcement from Northrop Grumman illustrates where the Department of Defense (DoD) leadership is prioritizing its efforts.

This article in The Bulwark examines the very real implications of an outdated deterrence system and clarifies the recent push for the GBSD. While the destructive consequences may come to mind readily, it’s established that there are many more, less nuclear, dangers to an outdated system. This piece also provides valuable context to the current situation of American ICBMs and their relationship to a GBSD system.

One of the key takeaways is that there are ways to modernize with smaller upfront costs than expected. In addition, the updated systems would be less expensive to maintain over the current solution, namely Minuteman IIIs which date from the 1970s. This exemplifies the ability of GBSD to reduce costs via a more robust deterrent defense.

New ICBM Costs Can, Must Come Down, Hyten Says

To quote former U.S. President Theodore Roosevelt, “Speak softly and carry a big stick.” There is, perhaps, no greater stick than a nuclear weapon, and though ICBMs have long been among the main delivery vehicles of these weapons, their costs have begun to mount. Air Force Gen. John Hyten, the Vice Chairman of the Joint Chiefs of Staff, said as much in this Defense One article, noting that “new digital engineering technologies and greater flexibility on software requirements” can all help bring costs down.

Hyten’s desire to see companies “build, update, evaluate, and test new software” can save taxpayers money over continuing the current procurement system. One specific example includes new engineering technologies, like advanced computer simulations and models, which defense partners can use to test and evaluate different systems virtually without the need to build physical copies.

An important distinction should be made, that Hyten is referring to offensive capabilities, whereas GSBD is more of a defense approach. Deterrence can take on many forms, but ultimately utilizing new technology to reduce the price of strategic warfare components, offensive or defensive, is a key consideration for the DoD.