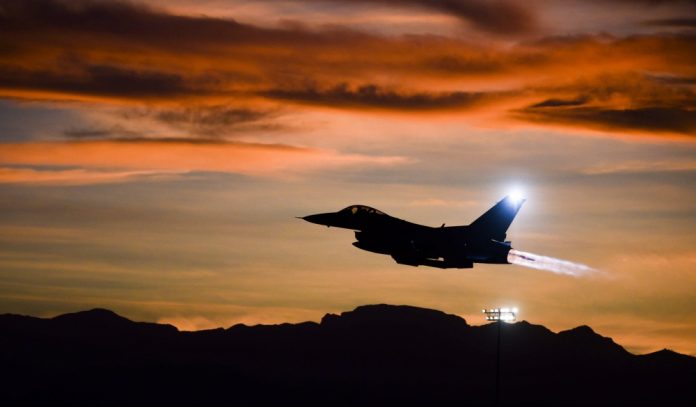 With Military Appreciation Month underway, Modern Integrated Warfare continues to share the stories of warfighters past and present who are shaping the battlespace of tomorrow. In this installment, we had the pleasure of speaking with Nick Yates, Colonel, U.S. Air Force and Chief, Operational Training Infrastructure Division, HAF/A3TI. Col. Nicholas Yates has spent 20 years serving in the U.S. Air Force and sees a bright, innovative future on the horizon for the U.S. military, especially as it relates to training warfighters for the high-end fight.

Here’s what Col. Yates had to share with us when asked about his career path, the road to innovation, and important advice for those embarking on their journey into the world of defense.

Modern Integrated Warfare (MIW) Editors: Tell us a bit about yourself and your career. Did you always plan on being part of the military?

Col. Nick Yates: I wasn’t necessarily brought up in a military family, but my grandparents were both in the military during World War II and the Korean War, so I always had a positive perception of the military. The main draw for me was flying airplanes – that was always so interesting to me – and it always looked like the coolest airplanes were in the military. It really was as simple as that for me. While at Texas A&M, I joined the Corps of Cadets. It’s a massive organization with about 2500 cadets, and while it wasn’t required to join the service to be part of it, it certainly maintained my proximity to the military. Then when the opportunity arose to join, I did.

One of the most memorable moments of my career happened shortly after joining. During the advanced part of my training in Pensacola, I was walking through the ops building by the barbershop in VT 86 at NAS Pensacola when I saw the World Trade Center smoking on TV. I thought to myself, “Man, this completely changes everything. What we had all known and what we thought our careers were going to look like.”

Shortly after that, I got my wings in December of 2001 and jumped right in. It was only my 20th flight after getting my wings that I was in the B-1 into Afghanistan, and my 21st flight was into Iraq. From there, we just didn’t stop; we went 20 years going full throttle. It’s been a great run for me so far and joining the military is something that I would absolutely do again. As a kid, I couldn’t have ever imagined having the opportunity to do the things I’ve done, and I’m so glad I did.

MIW Editors: Looking back on your career, what moments have you been most proud of? Looking forward, what excites you most about your work?

Col. Yates: Prior to going back to teach at the Air Force Weapons School, I was an operation squadron Weapons Officer. In this role, I was the individual responsible for training and ensuring that the entire squadron is sharp on tactics and is ready to roll against whatever they’re about to face. And when the 9th bomb squadron was ready to go, I got to say the same quote that a good buddy of mine who was my weapons officer when I was training said: “Boss, the Bats are ready for war.” From there, we had a very successful seven-month deployment. I was holding my breath for the whole seven months, because I felt responsible for every single person that goes out and flies one of those jets, hoping I got them ready. It’s a sign of pride that you were able to lead 50-60 people successfully and safely. That’s easily my proudest moment.

Looking forward, we’re at a point on a global scale where we are challenged to keep pace technology-wise and effectively train in the live environment. There are a lot of reasons for that from advanced technologies to advanced tactics. Going forward, we have to brace ourselves for a paradigm shift that’s going to be focused on flexibility and adaptability. The question we’re asking now is how to make more accessible our high-end training like what you’d see at Red Flag or weapons school. And we think that approach is bringing training inside and embracing the synthetic environment for high-end fight training.

MIW Editors: We understand that you’ll be speaking at the DSI Group’s upcoming Military Virtual Training and Simulation Summit about how to make training systems more realistic and cohesive. What technological components are crucial to accomplishing that goal?

Col. Yates: Largely what we’re looking at when it comes to improving training systems and their realism is the value of low-latency, physics-based models in an electromagnetic environment. To properly integrate those models, the computing hardware must be scalable and software-defined so we can be preparing for the present and the future fight while keeping pace with adversaries. As a result, moving away from proprietary models is crucial for the industry. We need to be able to adjust quickly and not have to wade through a whole acquisition process to get the warfighter what they need to train. And finally, like every good Weapons School graduate will tell you, we must adopt performance-based assessment tools that allow us to really understand what goes on in each training session. To deliver that necessary training experience, we’re going to be leaning on industry to deliver that technology.

MIW Editors: How do you predict military training evolving as the battlespace becomes more integrated and connected?

Col. Yates: There’s a number of adjustments to how we have to train today, and a lot of them are based on the advent of tools like smart weapons. Today’s technology is pushing us from the kinetic and hardware-focused fight to an informational and software-focused fight, and that’s a massive shift. In order to make that shift, moving into that high-fidelity, low-latency synthetic environment is a must.

Ultimately, what we are moving towards is a single environment that’s multilayer secure and non-proprietary so that all Mission Design Series (MDS) simulators can integrate into it. This would ensure consistency in what everyone is training on, aligned with their classification level, and would make future technologies easy to adopt. It’s key to stress that this effort must be joint with our own branches, but also our coalition allies because we’re not going to fight without our partners.

MIW Editors: Given your career thus far and the lessons you have learned along the way, what advice do you have for the younger generation just entering the service or defense industry?

Col. Yates: I think the days of “this is how we’ve always done it” are gone. Capabilities, advancements, and technology are moving way too fast for us just sit back and rely on how things have always been done. We’ve got to have forward-thinking people. Over the last 15 years, there have been a lot of contentious discussions over whether to invest in UAVs to fight the current fight or F-22s to fight the future fight. The 2018 National Defense Strategy shifted our priority to fighting that high-end fight, so that’s where we need to be focused. So, for anybody coming into the industry, you need to be thinking 2030 and beyond.

Modern Integrated Warfare is a proud media partner for the DSI Group’s Military Virtual Training and Simulation Summit. You can learn more about the event and register to attend here.