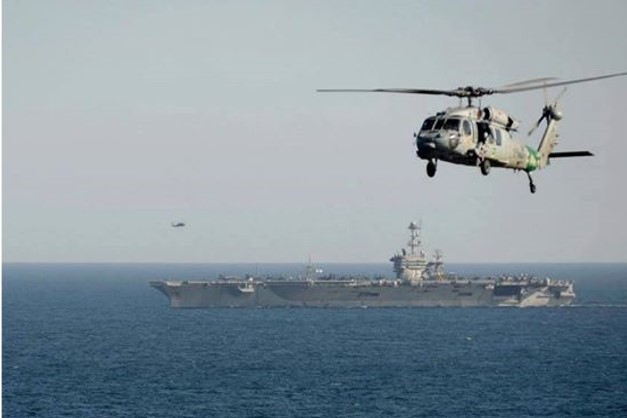 When CAPT Margaret Wilson found a love of engineering early on during her high school career, she was determined to find a career that allowed her to make an impact in the world. As a young woman, she didn’t want to sit behind a desk. She found the U.S. Naval Academy and secured a Bachelor of Science degree in aeronautical engineering and pursued a master’s in the same field before flight training. In the air, as a naval aviator and helicopter pilot, CAPT Wilson felt her purpose was realized, especially as she led humanitarian efforts. 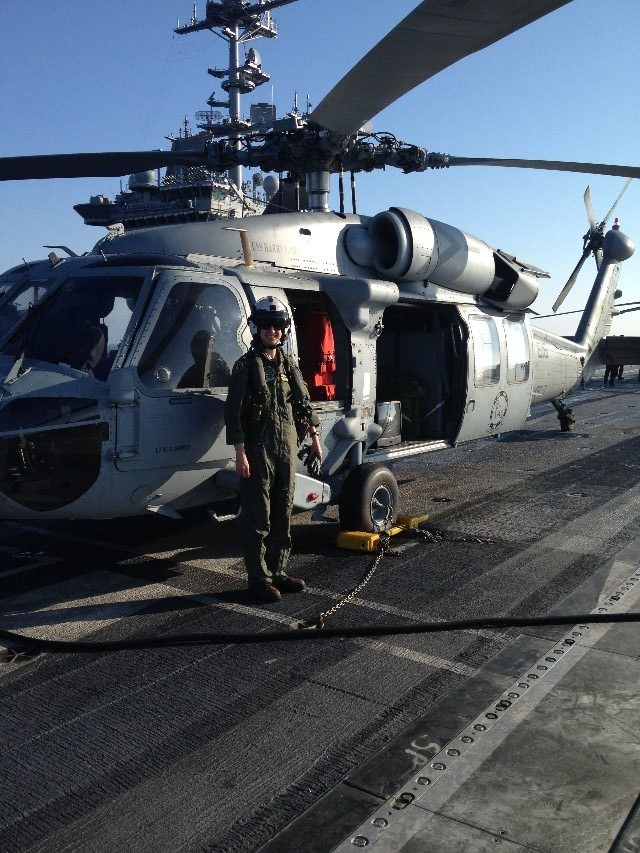 After accumulating over 3,100 flight hours in over 35 different aircraft, CAPT Wilson found herself behind a desk. She quickly learned that the purpose she felt in the air, continued on the ground as she worked on improving communications, safety, and standardization for sailors in several leadership positions.

She went on to lead the NAVAIR Cyber Warfare Detachment as a military director with a focus on improving cyber resiliency and readiness. Today, CAPT Wilson is the Program Manager for the Air Combat Electronics Program Office where her team of acquisition specialists enables the development and integration of common aviation solutions across U.S. Navy and Marine Corps aircraft to enable cross-communication for warfighting.

For Military Appreciation Month, we connected with CAPT Wilson and she shared how she found her purpose in the military, both in flight and on the ground, and the importance of creating common solutions with an open architecture approach to enable combat readiness.

Read the full Q&A below:

The Modern Battlespace (TMB) Editors: Why did you choose to serve? 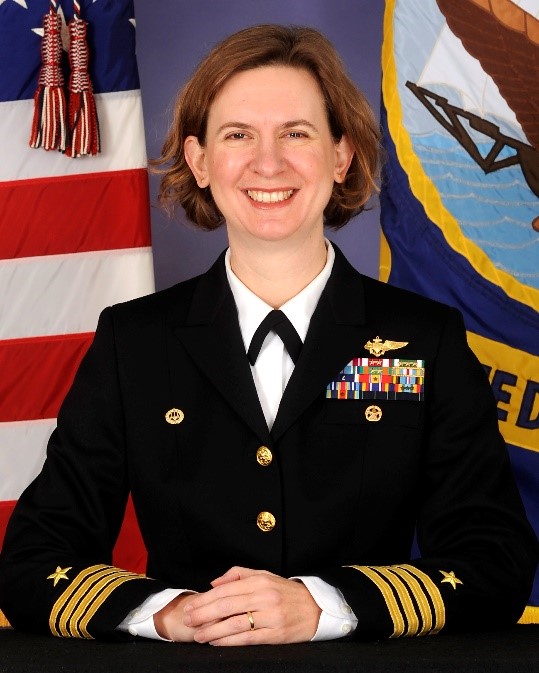 CAPT Margaret Wilson: Like many Americans, I had family that served during World War II but not since then. When I was in high school, I had an opportunity to do a summer internship with the Naval Research Labs (NRL). During that summer, I got a tour of the Naval Academy and a chance to meet several Naval Officers. I was very excited to take my love of engineering and be able to do something with it that would make a positive difference in the world.

I wanted the chance to be out there doing something real, not stuck behind a desk. I decided to become a helicopter pilot because, not only did it look like a lot of fun, but it also gave me the opportunity to make decisions and lead at a very early point in my career. Nothing beats the feeling of flying at 150 feet over the open ocean with just your crew and your helicopter.

However, after 25 years of service so far, I now find myself working behind a desk. I would like to tell my teenage self that although I am done flying (for now), I still do make a big difference from behind a desk.

TMB Editors: As you look back at your career so far, what were the most memorable experiences that stand out for you?

CAPT Wilson: I started my career as a Search and Rescue (SAR) and anti-submarine helicopter pilot. I also graduated from the U.S. Naval Test Pilot School and was able to work on the replacement to the helicopter that I flew as a lieutenant. But, my most memorable experience was the time we were deployed in the Western Pacific. I was airborne, flying a basic resupply mission when we got a radio call from the ship saying that a sailor had fallen overboard. We immediately turned toward the ship and accelerated.

The visibility was reduced due to the rain, but we were able to see the smoke from the marker that the aft lookout had thrown in the water. The survivor was only a few feet away from it.  The hardest part of search and rescue is the search phase, so this was fortunate for us.

id find out who was standing the aft watch that day, but he or she had one heck of an arm and a terrific reaction time. After we spotted the survivor, we were able to quickly rescue him. We had him back on deck and receiving medical attention before the ship had finished their man overboard muster.

The thing that I remember most about that experience was that the rescue was successful not only because we had practiced so much, but more importantly, our communication systems worked. Without the radio, we never would have been able to save that sailor. And that has been true for most of my career – it is all about good communication.

TMB Editors: Were there lessons on leadership that you’ve learned along the way and use as you continue to lead?

CAPT Wilson: When I first started flying, it was all about being the best pilot you could be. Over the years I have learned that while technical ability is very useful, leadership is all about the people and how well you can communicate with them. You can come up with the best plan on the planet, but if you are unable to explain it and get the buy-in from your team, you are going to be very ineffective.

TMB Editors: Tell us a bit about your current role and how you are shaping the future of the battlespace?

CAPT Wilson: I am the Program Manager responsible for the Common Avionics solutions for Navy and Marine Corps aircraft. Our systems cover everything from basic flight integrity to tactical mission applications and situational awareness. In other words, our Common Avionics are not just for basic navigation and safety but also for warfighting.

By having one program office develop common solutions, we can ensure our aircraft and crews can communicate and work together easily while minimizing costs. In the future, I think we will see more of an emphasis on upgrading current systems by adding new capabilities. The country that can rapidly develop new capabilities and quickly field them will have a significant advantage over others.

TMB Editors: How do you see the future of the battlespace evolving and what technologies do you see having the biggest impact?

CAPT Wilson: I see the future of the battlespace evolving to become more and more dependent on data and the ability to transmit, receive, and quickly interpret it. Basically, this means getting the right information to the right people at the right times, even in environments where communications are degraded or denied.

In order to outperform our adversary, we need to shorten our decision-making process by rapidly sharing and acting upon accurate information. There are so many different waveforms and methods of sending and receiving data out there, but they are not all compatible. Digital interoperability, or the ability to be able to bring in multiple sources of information and process them quickly, will become a definite advantage for our warfighters.

TMB Editors: How can industry and military work together to ensure that these technologies get into the hands of warfighters more rapidly.

CAPT Wilson: We need to adopt Open Architecture standards for both hardware and software to enable faster technology insertion into the systems that our warfighters already have. Just as the smartphone industry uses standard interfaces to quickly develop and deploy new applications, we have the Future Airborne Capability Environment (FACE™) Standard for software portability.

A great example of this is the Flight Management Function application (FMF app) that Collins Aerospace is developing for the U.S. Navy. The FMF app will handle all of the navigation calculations required for GPS-guided navigation for aircraft operating in the National Airspace. Its interfaces are designed to be conformant with the FACE standard so that it can be used on a wide array of flight mission computers. This will allow us to leverage the lessons learned to maximize and streamline integration and recompile efforts for future platforms going forward.

I would encourage industry partners looking to learn more about FACE and other open architecture standards to contact the Open Group. Information about the upcoming Tri-Service Open Architecture Interoperability Demonstration can be found on the web at www.TSOA-ID.net.

TMB Editors: Anything else to add?

CAPT Wilson: I am excited by the many opportunities to bring new avionics capabilities to the fleet, but we need to balance this with improving readiness, increasing the speed of procurements, and maximizing affordability. In that way, we can continue to support the warfighter while increasing combat effectiveness.