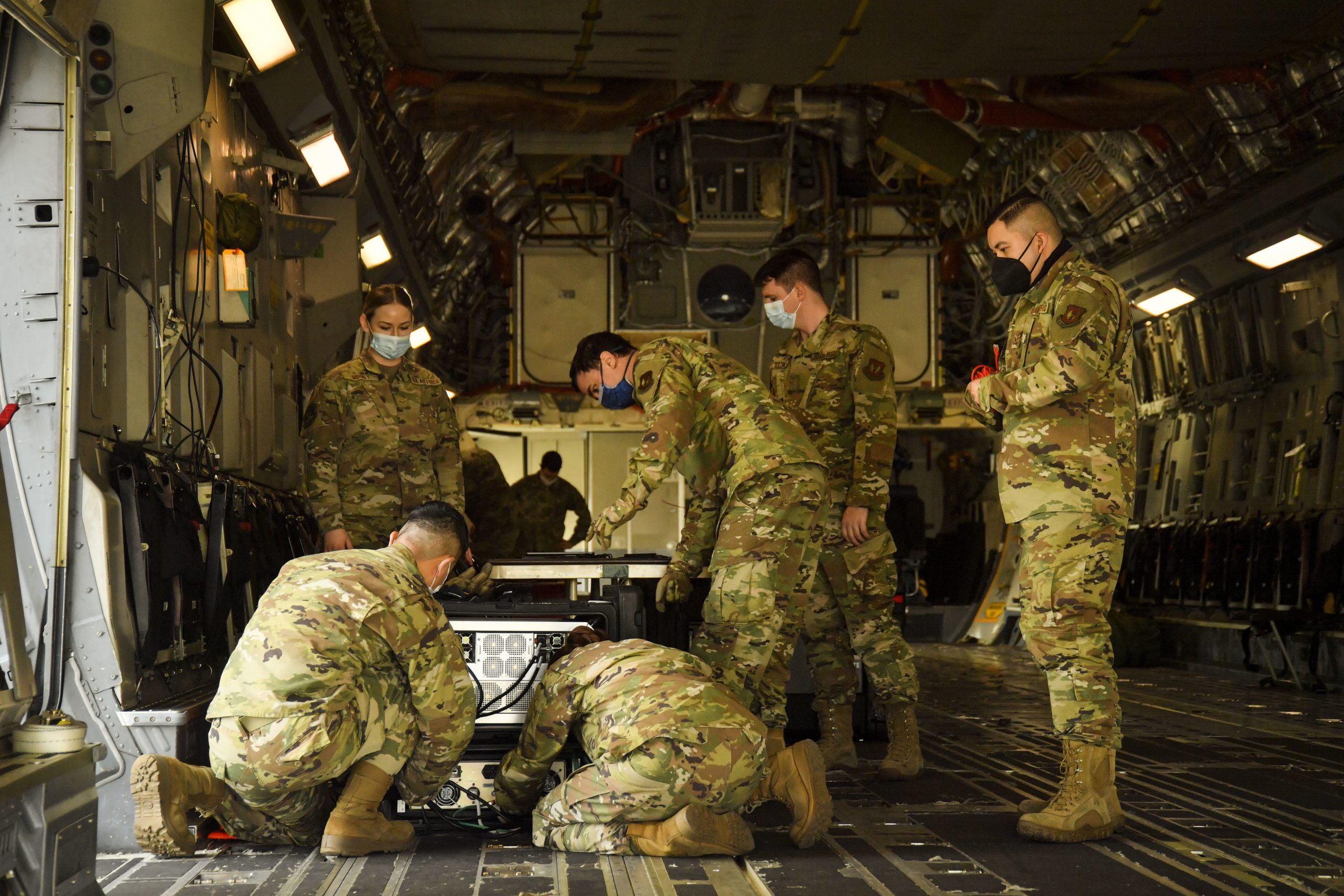 With Project Convergence 2021 (PC21) quickly coming up the pike, both industry and defense leaders are assessing the key components to make the demonstration a success, not the least of which is prioritizing the modernization of technology that supports Combined Joint All Domain Command and Control (CJADC2) efforts. CJADC2 relies on modernized tactical networking and close collaboration capabilities across domains and branches, calling for more advanced and open architectures.

“We must out-innovate our adversaries,” urged Alex Datzman, Air Force Lead for Collins Aerospace’s JADC2 Experimentation & Demonstration IPT team, in a recent discussion with The Modern Battlespace. “We must develop new architectures for command and control that simultaneously disperse vulnerability and increase our capacity to achieve information dominance and decision superiority in aggregate.”

In a recent panel during AUSA Global Force Next 2021 titled “Adapting and Delivering a Network at the Speed of Relevance to Enable [C]JADC2,” leaders from both the U.S. Army and the U.S. Air Force spoke to ongoing networking innovations to strengthen CJADC2 capabilities. Some specific applications discussed include the optimization of sensor-to-shooter and joint firing capabilities in support of PC21.

Major General Peter Gallagher, Director, Network Cross Functional Team with the Army Futures Command and the panel moderator, kicked off the conversation emphasizing the importance of cohesion across teams and the crucial role that modernized tactical networks play in that goal.

“The collective efforts…that we’ve been doing here to take our modernization strategy… and align everything we’re doing to [Combined] Joint All Domain Command and Control has been phenomenal,” MG Gallagher shared.

That level of cohesion applies both in the collaboration and innovation process as well as mission readiness and execution. With the speed of decision dominance being a top priority in every mission, reliable and comprehensive communication is a must. Reliable, comprehensive tactical networks fuel those capabilities, especially as efforts become more jointly controlled.

Brigadier General Jeffrey Valenzia, Director, Joint Force Integration Deputy Chief of Staff for Strategy, Integration and Requirements for the USAF, pointed to the Air Force’s Advanced Battle Management System (ABMS) during the panel, explaining the robustness and complexity of the system and how it enables the joint warfighter.

“It’s not a single system; it’s not a single aircraft; it’s not seeking out and trying to find that big bang solution that’s going to revolutionize warfighting,” BG Valenzia explained. “Instead, it’s millions of lines of code. It is about redesigning our current sensors and communication capabilities. It’s about software and AI. It’s about multi-layered security. And it’s pods and it’s platforms and it’s pathways and it’s procedures and it’s policies. It’s a lot of things…But at the end of the day, it’s about speed range convergence and decision dominance and how we bring that to the joint warfighter.”

With so many cogs in the machine that is CJADC2, it’s easy to understand why tactical network updates are imperative as communication platforms become more sophisticated across domains and branches. In order to maintain that speed of decision-making dominance discussed here by both the Army and the Air Force, the right information must be readily available to the correct warfighter at any given time and those teams all need to rest assured they are working from the same information if they are truly working in a CJADC2 setting. And the value of collaboration throughout the industry to that end cannot be understated.

“Our relationship with industry is absolutely critical to all of our modernization efforts,” stated Michael Monteleone, Director, Space and Terrestrial Communication Directorate with the C5ISR Center for the U.S. Army Combat Capabilities Development. “Beyond traditional contractual mechanisms, DEVCOM encourages industry to explore cooperative research and development agreements, also known as CRADAs, with the science and technology community.” Monteleone added that CRADAs offer new routes for innovation in the communication arena, allowing for more rapid deployment of cutting-edge technologies to the warfighter.