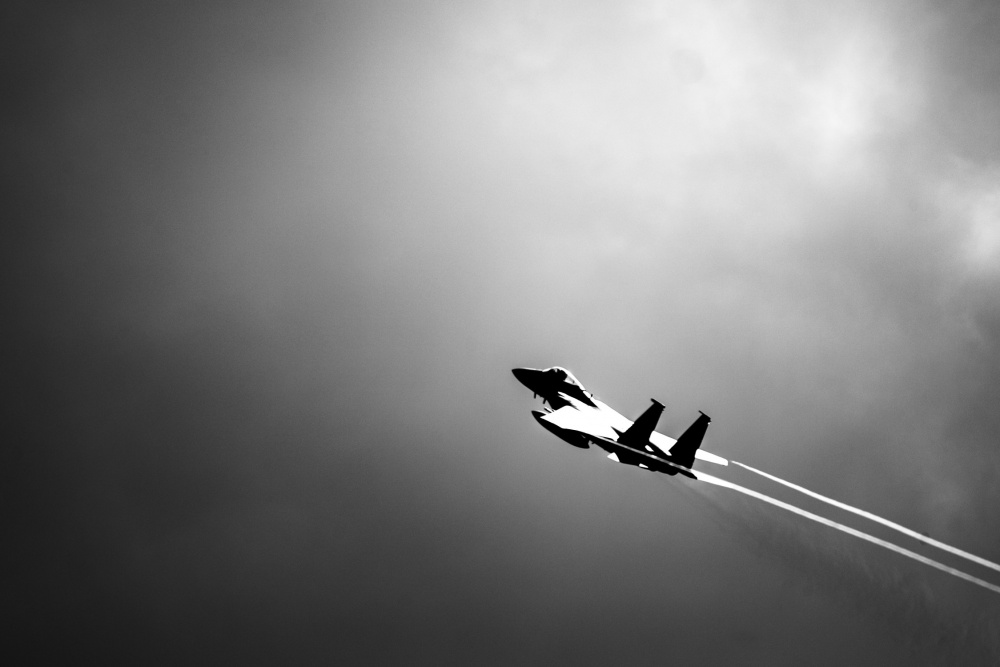 The US Air Force has a bird’s eye view of the developing battlespace for a few reasons.  With a strong reliance on cutting-edge technology, Airmen and their leaders understand that it takes a combined effort to win the future fight. By its very nature, the U.S. Air Force requires advanced communication technology, state-of-the-art sensors, and other systems that preview what solutions exist and the priorities driving their development.

From ABMS to next-generation fighter planes, the US Air Force presents a look into the future of the connected battlespace. To better understand that future, The Modern Battlespace editors combed through the latest news from the branch for the most interesting and relevant news impacting the entire defense industry.

US Air Force is Fanning Out Across the Pacific
No one knows what the future holds, but it doesn’t take a fortune teller to understand that the Pacific is an increasingly contested domain. With two rising powers in India and China, a long-standing rival Russia, and five-eye partners Australia and New Zealand, the U.S. faces a difficult uphill climb to remain the dominant air force in the Eastern Hemisphere.

But where there is difficulty there is innovation. The U.S. Air Force, and its two main bases in Japan and Guam, are looking to shake up their defenses and “spread out hundreds of warplanes across potentially dozens of smaller bases.” This presents any future adversary a far more daunting task in destroying U.S. air capability in the region. This also presents the defense industry with a potential partnership for creating and arming a larger, more diffused Air Force for the future fight.

Aligning the U.S. and European Sixth-Gen Fighter Plans
Many hands make light work, according to U.S. Air Force General Tod Wolters. Gen. Wolters, who serves as NATO’s top general in Europe. He told the Atlantic Council that NATO member nations should work together to avoid duplicating their work when upgrading to sixth-generation fighter planes.

NATO currently has three next-gen efforts underway from the U.S., the British, and a French-German-Spanish-led program. Wolters encourages all three to work together as “with each passing day we’re finding better ways to unite nations that possess F-35s to improve our speed and posture in the air domain.” How these efforts can sync up, and what it means for the future of the U.S. Air Force and NATO Air Forces in Europe remains to be seen. However, the industry should take note of previous and ongoing efforts to unite allied international forces across domains and prepare for a more connected domain in the future.

Air Mobility Command Debuts First Large-Scale Virtual Command Center
Drones are an increasingly important aspect of a truly connected battlespace. Their roles as both surveillance technology and combat support have fundamentally changed how the U.S. military operates. That is why the announcement that U.S. Air Mobility Command has debuted its first large-scale virtual command center is major news.

The Promise of ABMS Becomes Reality
The long-awaited moment is coming closer to fruition. ABMS, or Advanced Battle Management System, is finally progressing from theory to practical deployment. “Nearly two years of rigorous development and experimentation have shown beyond a doubt the promise of ABMS,” began Chief of Staff Gen. Charles Q. Brown Jr. “We’ve demonstrated that our ABMS efforts can collect vast amounts of data from air, land, sea, space, and cyber domains; process that information; and share it in a way that allows for faster and better decisions.”

ABMS has frequently been cited as the cross-domain proof-of-concept, so its success has bolstered calls for further integration and data sharing. “In a data-dependent and data-saturated world, victory belongs to the side with decision superiority,” added Brig. Gen. Jeffery D. Valenzia. For its part, the U.S. Air Force will invest $170 million this fiscal year into ABMS technology and is no doubt looking for partners in the defense industry that can help them build smart, fast, and resilient systems to make ABMS a reality.