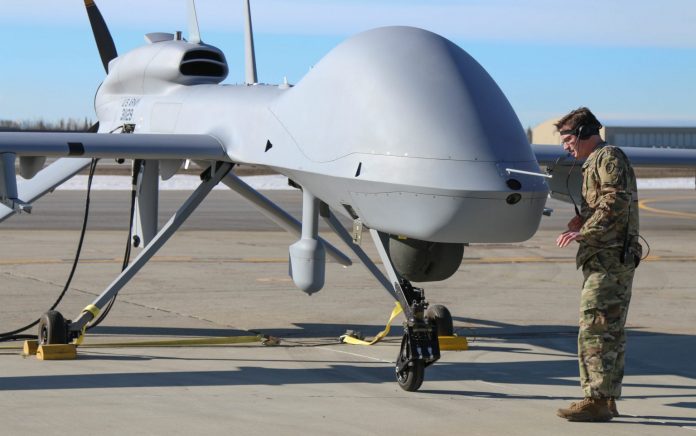 Air Launched Effects, or ALEs, are an increasingly important tool in the contested battlespace as adversaries continue to become more sophisticated in their approaches. ALEs offer legacy and future aircraft programs cost-effective, scalable effects and increased situational awareness that contribute greatly to mission readiness and success. However, delivering an effective ALE approach is dependent on flexibility for creative tactics, broad and deep expertise in autonomy and avionics, and a thorough appreciation for the adoption of open systems architectures enabling command and control as well as data movement.

To learn more about the nuances of the ALE landscape, Modern Integrated Warfare connected with John Parkes, CEO of Parry Labs. Here’s what he had to share about the fast-paced arena of ALEs and why strong industry partnerships are imperative to keep pace with warfighter demands:

Modern Integrated Warfare (MIW) Editors: The prominence of ALEs is growing in the defense community and we are hearing more about them at key events like AUSA. What trends are driving this increased demand and the resulting innovation from it?

John Parkes: It really comes down to the need for attritable capabilities when conducting air operations driven by the increased range and survivability challenges in air warfare. The U.S. and its allies have historically had air superiority when conducting operations around the world. To keep pace, they must adopt solutions like ALEs, as well as open architectures and other new capabilities, to enable critical targeting, kinetic and non-kinetic effects, and comprehensive support for ground forces in a more challenging environment.

The idea that you have aircraft that you could only use a couple of times has not been a mainstream DoD acquisition concept, but it’s an important one as we go forward. This is especially true as the military looks to deliver effects in a wider variety of challenging spectral and non-permissive aerial environments. Having air launched effects enables forces to conduct new missions with legacy and new platforms and do it more capably, effectively, safely, and affordably.

MIW Editors: What methodologies are crucial to the growth and continued evolution of ALE?

Parkes: Open architecture is probably, first and foremost, the most important methodology that will drive the effective and scalable integration of ALEs for the warfighter today and tomorrow. Having an open architecture where you can effectively share and move data through many different systems will bridge some of the biggest gaps for the DoD. Historically, critical mission interfaces have been locked up and warfighters haven’t been able to effectively or easily move information through platforms or platform-to-platform. The U.S. Army’s efforts to cultivate and leverage open architecture will ensure ALEs, including their autonomy, sensors, effects, and communications systems, can continuously evolve and adapt and support the Army’s warfighting needs.

The second key methodology for the evolution of ALEs into the Army is the use of continuous development and continuous integration (CI/CD) acquisition strategies and engineering methods. The adoption of Modular Open Systems Architectures (MOSA) and a robust model-based systems engineering (MBSE) approach allows the Army to have software for artificial intelligence (AI), autonomy, command and control, human machine interfaces, and sensor processing. In turn, this allows rapid delivery of software to ALEs and their host airframes. Doing this safely and cost-effectively is made possible when MOSA, MBSE, and CI/CD methodologies are brought together.

Bringing those capabilities together has proven to be very challenging in the past, but a lot of the investments from organizations like the Future Vertical Lift Cross Functional Team (FVL CFT) at Army Futures Command are pushing us where we need to be in enabling that autonomy.

MIW Editors: Tell us a little more about what the partnership between Collins Aerospace and Parry Labs exemplifies regarding the systems integration on aircraft like the Gray Eagle or the Apache.

Parkes: I think one of the central premises of the Collins/Parry team is that we bring together two very experienced avionics/autonomy and open architecture groups. This is a crucial foundation for this work. We also establish a framework for the government to not just deploy the systems, but to allow them to continue to evolve and mature at the speed of warfare in a more complex system of systems.

We operate as a team, understanding that now it’s all about digital system integration. In-theater now, it’s digital information that needs to flow. Mission delivery and success today is far more about the software and the architecture than it is about the physical interface. I think that’s probably the biggest paradigm change that partnerships like ours address.

The Collins/Parry team understands what it takes to physically put things on aircraft, but more importantly, we have a team that has a deep understanding of the avionics in autonomy. We understand how you interface those platforms with modern software architectures, along with a very deep understanding of multi-domain operations that needs to be employed. On top of that, we grasp exactly how these systems then interface with the operators and the aviators within the Army Rotary, Fixed Wing, and UAS ecosystem. Our combined expertise offers a lot of depth and breadth around elite integration to make those platforms really effective for the Army.

It’s also important to note that you can’t short sell the services and the experts that surround it, who continue to stand up an environment where they can constantly deliver new software and capabilities. They can make all these aircraft and systems interface correctly, they can do it safely, and they can do at a tremendous value for the government. Doing that as a team is unique.