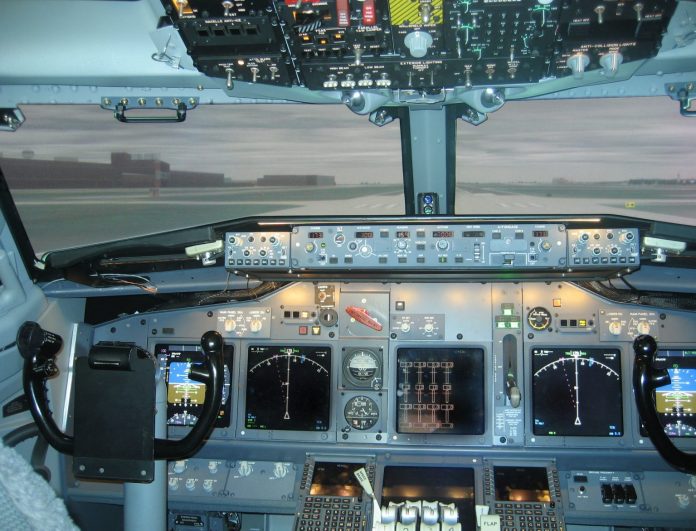 In an effort to highlight important voices across the defense community, Modern Integrated Warfare regularly features the career paths and industry perspectives from different experts from across the board. These experts have seen the industry evolve over time and share valuable insights about the modern world of defense. In this article, we connected with Erik “EJ” Johnson, U.S. Navy veteran and Associate Director, Business Development for Mission Systems at Collins Aerospace. In his nearly 30-year career with the Navy, EJ saw the evolution of the TACAMO to the current day E-6B command post and communications relay, showcasing the rapid growth in those communication capabilities. He also participated in several naval tours around the world that offered direct experience with STRATCOM, our nuclear deterrent posture, and the systems supporting it.

Modern Integrated Warfare (MIW) Editors: Tell us about your career path and your experience in the defense world. What attracted you to the military?

Erik “EJ” Johnson: What initially attracted me to the military was seeing my uncles serving in the U.S. Army and the Air Force. I had a good relationship with them, and they always had exciting stories to share. My family and I were proud of what they did. Honestly, I didn’t know that I was going to make a career out of it when I joined, but I started out by getting an ROTC scholarship to pay for my education and my excitement grew from there. Throughout the different trainings, I got to see what different areas of the Navy were like and I was really drawn to the aviation part of it. So, that’s where I ended up. I served almost 29 years active duty in the Navy and started out flying in the EC130 for the TACAMO mission. I did a lot of work with the TACAMO community that later transitioned to the E-6A, and then modified for the E-6B, including the STRATCOM Command Post mission. I had the opportunity to see that entire evolution of communications links throughout my career.

I conducted my Commanding Officer and Department Head tour in VQ3 down at Tinker AFB, OK, doing an airborne strategic deterrent missions and also completed some staff tours along the way at STRATCOM headquarters. That’s actually where I was when 9/11 took place. It was surreal being in the command center as all those events were unfolding. I also did a tour with the Navy staff in the Pentagon in charge of the requirements and resourcing for the Nuclear C3 mission, as well as datalinks and E-2D-type aircraft. I completed my final tour as a Team Commander at the National Airborne Operation Center at Offutt AFB, Nebraska and then retired. I came to Collins Aerospace right out of that position, and I still live outside of the STRATCOM headquarters, although not formally part of that organization.

MIW Editors: It sounds like you’ve seen a lot of systems and protocols change first-hand during your time of service. Tell us how the defense industry’s approach to strategic platforms evolved over the years.

EJ: From my perspective, I came in at the tail end of the Cold War, and for a long time, people pointed to the peace dividend. We had moved into the sustainment mode for the nuclear triad and the support systems around that. So really, I think we’ve been in the sustainment mode for many years, and now we’re definitely starting to see adversaries and potential adversaries rapidly build out their capabilities. The U.S. has moved toward a recapitalization of the major pieces of a nuclear triad with the submarines, bombers, and intercontinental ballistic missiles. Instead of simply sustaining them, we’re out-innovating and acquiring new technology and modernizing. The same can be said about the nuclear command and control systems through a combination of recapitalization and using existing technologies in new ways to develop a more robust strategic deterrent.

MIW Editors: So, after nearly 30 years of active-duty service, you quickly joined the Collins Aerospace team following your retirement. What attracted you to that team?

EJ: There are pictures out there of Arthur Collins, the founder of Collins Radios, working with General Curtis LeMay to provide communications for the Strategic Air Command at the time. Collins has long been part of the conversation with the military. It’s a company that I was well familiar with from my very first time flying. We have a very robust and reliable communication system that supports the Nuclear C3 mission by including the Very Low Frequency (VLF) transmitters and receivers, f HF radios, UHF radios, and others across the spectrum. So, when you’re walking through the aircraft, there’s no shortage of Collins technology. Those reliable radios that worked all the time were, and still are critical for the nation’s deterrence posture.

Personally, I’ve had experience with not only using the Collins equipment but also working with the Collins teams through my various positions with the Navy. I was really attracted to their honesty and dedication. As a customer, I never felt like they were trying to hard sell or sugarcoat anything, and I always felt that they were extremely trustworthy. Some of my closest and admired coworkers also moved to the company in their transition to civilian life, so it was a pretty easy decision for me when the opportunity presented itself.

MIW Editors: What are you most excited about in terms of technological innovation in defense?

EJ: One of the things that I think is exciting is the advancements that defense is making in radio networking and the ability to make smarter, more robust communications paths.  I understand the Department of is Defense is looking to leverage 5G capabilities and satellite communications- like the commercial world is doing no. But I do think there will be some specific aspects that will be unique to the DoD.  Specifically, connecting all the different assets out there on the battlefield and bringing together a very complete picture. Instead of isolated systems that are only operating with very specific pieces of data, I think the future system will provide more complete situational awareness with the advent of tools like 5G, artificial intelligence/machine learning and advanced networks.

MIW Editors: What advice do you have for people who are looking to join the world of defense, either on the military or industry side?

EJ: I would highly recommend it. I think it’s a very exciting opportunity to not only serve the country but also be part of a great team. You really work with amazing people that are dedicated and believe in what they do. That’s something I’ve definitely seen in both active duty and in the teams that support the defense sector. There are endless possibilities for fields of interest, there’s more flexibility than many realize, and you get to be on the cutting edge in our industry. If you look closely, the chances are high that you’ll find something that’s a fit for you.