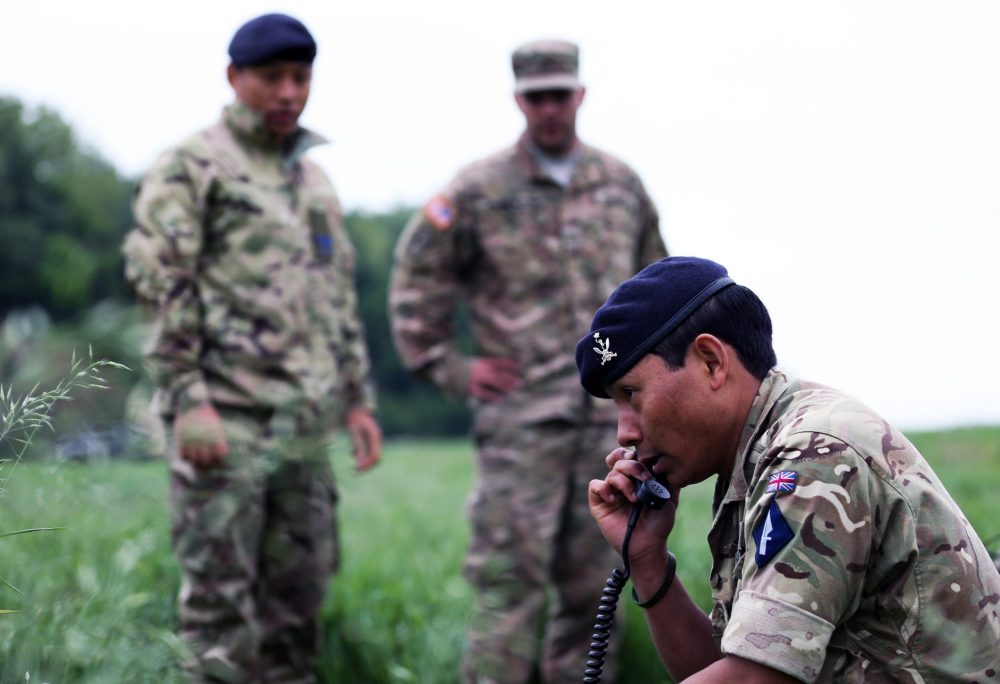 The editorial team at The Modern Battlespace has looked closely at the evolution of communication platforms like high frequency (HF) radios in the context of use in the U.S. military, and how they’re adapting Wideband HF (WBHF) to the needs of the modern warfighter. However, as any military leader will say, empowered allies are just as important to mission success, prompting us to take a closer look at the impact and trends of HF on a global scale and how our allies are adopting and adapting in the modern battlespace.

The Modern Battlespace (TMB) Editors: Tell us about the importance of HF networks on a global scale and how they complement other communication platforms like satellite communication (SATCOM).

Laurent Soyer: With the emergence of enhanced capabilities like Wideband HF or Modernized HF, military HF users within NATO can now envision upgrading their networks to adapt and respond to modern concepts of operations (CONOPS) that require short latency and high throughput as well as better robustness and resilience in order to transmit real-time data. Wideband HF is being standardized by NATO as a solid Beyond-Line-of-Sight (BLOS) alternate solution to SATCOM in contested environments where SATCOM is expensive, challenged, or denied.  It will also provide enhanced HF capabilities to platforms not equipped with SATCOM, or when SATCOM cannot be used. This could be a solution when SATCOM cannot reach all locations, or in countries where SATCOM is unaffordable.

Wideband HF is flexible, user friendly, cost-effective, and backward-compatible with legacy systems. Thanks to new high data rate waveforms, which are up to 20 times faster than legacy HF, combined with the use of 4th generation ALE (Automatic Link Establishment), the Wideband HF system can automatically select the best channel, the best bandwidth, and the best throughput to transmit timely information like never before. WBHF is also extending existing military networks like VHF, UHF, and SATCOM, and offering BLOS coverage while maintaining a high level of service.

TMB Editors: Why is access to HF networks crucial for NATO countries?

Fabrice Fontanier: NATO is widely using BRASS (Broadcast and Ship to Shore) and SSSB (Ship-Shore-Ship Buffer) HF networks to exchange critical information such as common operational picture between naval forces, ground stations and airborne assets. Those HF networks offer a global infrastructure to NATO and have been deployed in numerous countries.

In addition, each NATO country also has sovereign needs to use HF as their national backbone to properly serve their long-distance communication needs.  Thanks to WBHF, NATO and NATO Countries will now be able to upgrade those legacy networks and extend their capabilities to meet the modern warfighter’s needs.

Soyer: NATO is a coalition, and its primary role is to define and provide operational and technical interoperability between all of its 30 participating nations. Therefore, NATO defines Standards and Recommended Practices (STANAG and STANREC) to ensure smooth interoperability in its missions.

In some cases, NATO will also design and procure the system for nations’ to use. This is typically the case for the communications infrastructure (including HF) used in BRASS and SSSB programs. Wideband HF is being standardized as STANAGs, ST-5069 in particular, which is now used by several manufacturers and nations, so that it becomes an interoperable solution among users.

TMB Editors: Are there any specific milestones that we should highlight for Wideband HF and NATO?

Fontanier: NATO is currently assessing the maturity and the operational relevance of Wideband HF for their CONOPS as well as refining their future requirements. Wideband HF is seen as a very promising technology and is being considered for an upcoming procurement called BRE2TA (NATO BRASS enhancement 2) that will provide higher capacity and broader services. Wideband HF services like the exchange of real-time IP data (chat, file transfer, emailing, streaming video) will become the norm and be fully integrated and transparent for the end-users.