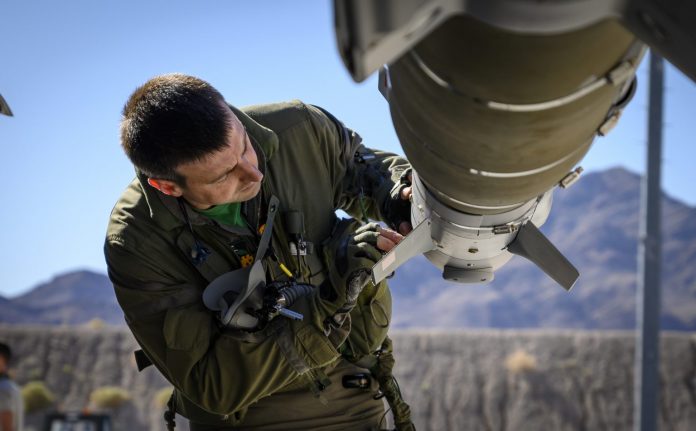 The Modern Integrated Warfare team looks very closely at a lot of different trends and innovations in the battlespace across every branch, from updates around space and cyber to the advent of Open Systems Architecture (OSA). But what does the process of acquisition and application look like before those tools are actually put into the hands of warfighters? What steps need to be taken before they are deployed in-theater?

“We have a unique perspective that differs from the main thrust of acquisitions,” explained Col. Javorsek of the overarching AFOTEC mission. “We have the chance at AFOTEC to not just ask what the system was originally designed to do, but also what it can do.” This concept speaks volumes to the operational testing mentality and how it differs from the very different processes of developmental testing.

To elaborate on this, Col. Javorsek offered an analogy relating development testing and operational testing to the roles of Batman and MacGyver, respectively. “Think of the acquisitions process like an abstract version of Batman’s utility belt – a method for acquiring new ‘widgets’ for the warfighter. Let’s say Batman grabs his three-story grappling hook and adds it to his belt. He knows how to use that grappling hook and what it’s designed to do. That’s what developmental testing looks like – it answers the questions of how it grapples, how much rope is needed, how does it attach to the belt, etc.

Col. Javorsek finds this comparison very realistic to the delays that warfighters face when utilizing new technologies in-theater. As he explains it, we are no longer operating in the “World of Atoms” as we did in the era of the Cold War. “We are now in the ‘World of Bits,’ where the pace of innovation is much faster, and our current acquisition process makes it difficult to keep pace with it,” he stated. “All too often, by the time a system is fielded, it’s already obsolete.” This challenge lends further credence to the value of operational testing and accounting for that potential obsolescence.

So, how does the defense community counteract the innovation lag? Col. Javorsek pointed to the value of software-defined systems and overcoming the hurdle of vendor lock with the help of OSA. He firmly believes that by utilizing a software-defined approach in aircraft systems, the DoD can avoid costly overhauls and new builds and tap into what he referred to as “latent capacity” in existing aircraft.

“The pace of innovation is going to do nothing but accelerate,” he stated plainly. “We need to shift towards a more holistic approach and inform warfighters about their systems through a domain-agnostic lens.”

Col. Javorsek encourages the defense community to apply AFOTEC’s line of thinking in achieving that holistic approach by developing and evolving technology and tactics concurrently moving forward, as opposed to sequentially. By this, he means the technology and the application of that technology should be considered simultaneously in their development and testing to address the “big picture.” And software-defined systems and OSA are key in that execution. “That’s how we keep pace with the speed of relevance.”