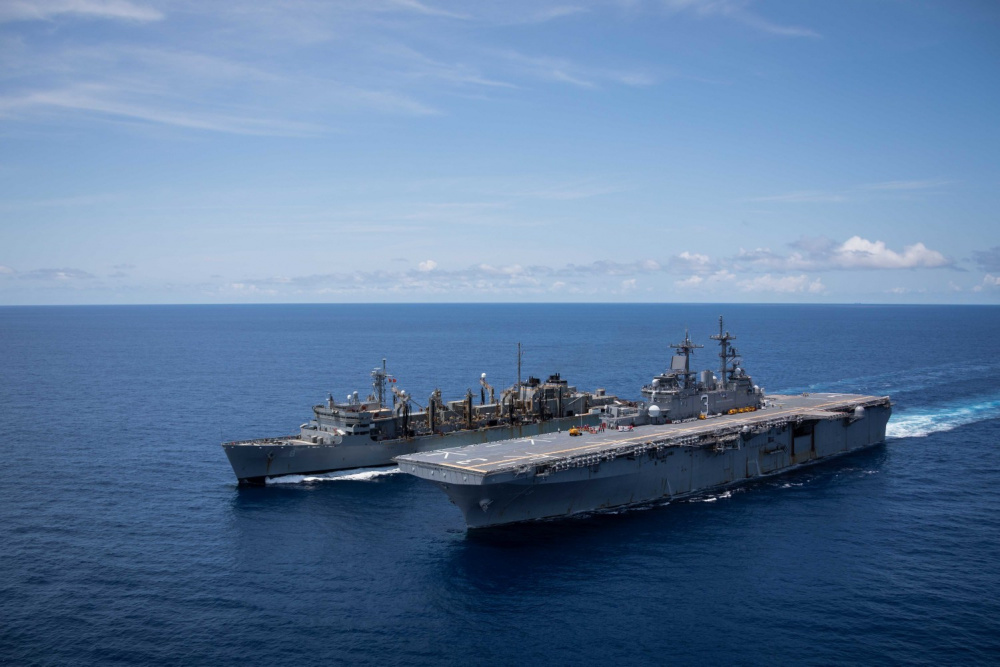 Sea Air Space 2021 marked a triumphant return to an in-person exposition for the defense community. Defense leaders from both sides of the public-private partnership turned out in droves to share and listen to their experiences and the latest technologies that are impacting the state of the battlespace.

Top-of-mind at the event was the ongoing efforts to modernize the armed services and bring together the disparate means to communicate across the various branch of the U.S. military. Given the event was hosted by the Navy League, it was expected that the focus would be on efforts like JADC2, which is primarily lead by Naval teams. But the comradery between all the branches was evident from the get-go.

There's a natural synergy btw naval & #space operators that, if taken advantage of, could yield benefits for both. The opportunity for further integration btw the @USNavy & #USSPACECOM is boundless. —GEN James Dickinson yesterday at #SAS2021 https://t.co/HRNhB39BL5

This was especially evident between the space-focused branches and the naval branches. U.S. Space Command, whose presence was felt whenever a panel or a discussion turned to the future, joined the many attendees in rapt attention when General James Dickinson addressed the expo.

“There is a natural synergy between naval and space operators,” he began. The general continued by outlining how the work of bringing together the services is paramount, and that in his mind integrating capabilities is the natural next step for the U.S. military.

Technological advances are changing how warfare is conducted. #GenMilley, chairman of @thejointstaff, spoke at the #SAS2021 Expo on how vital it is to keep pace with advancing technology. See more at https://t.co/J8KAagDsuD.

Dickinson was joined by Chairmen of the Joint Chiefs General Milley who further emphasized the need for the armed services to embrace technological solutions. Gen. Milley’s speech touched on the rapid pace of tech evolution and how the U.S. military must push private partners to design and create solutions that can keep pace with not just adversaries but with the current state of tech itself.

During a panel discussion on inclusion, CNP said, “#Diversity is vital to our service and it’s not just race, gender, ethnicity, it's diversity of thought, experience & problem solving." @MyNAVYHR

Sea Air Space 2021 was not just about the tech driving the services forward, but about the people who use them. The U.S. Navy’s Chief of Naval Personnel, Vice Admiral John B. Nowell, emphasized that one of the strongest aspects of the service is the operators and the unique experience and perspective they each bring.

“Diversity is vital to our service,” Vice Adm. Nowell said. “And it’s not just race, gender, ethnicity. It’s a diversity of thought, experience, and problem-solving.” He continued noting that the service works best when it can use everyone to further a goal. In a world where rapid adaptation is crucial, you may never know where the next great idea will come from.

Sea Air Space 2021 was dense, and there is so much more to unpack from the event, but in the end, it brought back a sense of connection that has been lacking over the last year and a half. The exposition presented many opportunities for attendees to sit and speak, or participate in activities.

Although the event has ended, its message has carried on, “We are prepared for the future, and welcome back.”